The ES is a roomy saloon that can comfortably transport four adults, and it has a surprisingly wide boot, although, in terms of total volume, the latter is actually a good deal smaller than the class standard.

Front space shouldn’t prove an issue unless you’re related to the Jolly Green Giant, even with a sunroof as standard. However, the roofline curves towards the rear and reduces head room, so while taller adults in the back will find they have plenty of room for feet and knees (Lexus claims the ES has just 1mm less leg room than the giant Lexus LS), they’ll have considerably less room for scalps. A six foot two adult will find very little air between their head and the roof lining.

Inside, there are a couple of average-sized cupholders in the centre console, an armrest cubby that’s also average in size, as well as a pair of usable door pockets just about big enough for drinks bottles or travel cups. The glovebox is disappointingly pokey, though.

But the biggest obstacle to practicality is the structural reinforcement that Lexus puts in place to strengthen the ES’s underbody and sharpen its handling. You can’t fold the rear seats at all because there are two metal braces between the interior and the boot. Suffice to say, this isn’t the ideal car for carrying flatpack furniture. Given that most saloons in this class don’t have this restriction, that’s a problem for the ES. At least you get a ski flap, and Takumi trim adds electrically reclining rear seats. 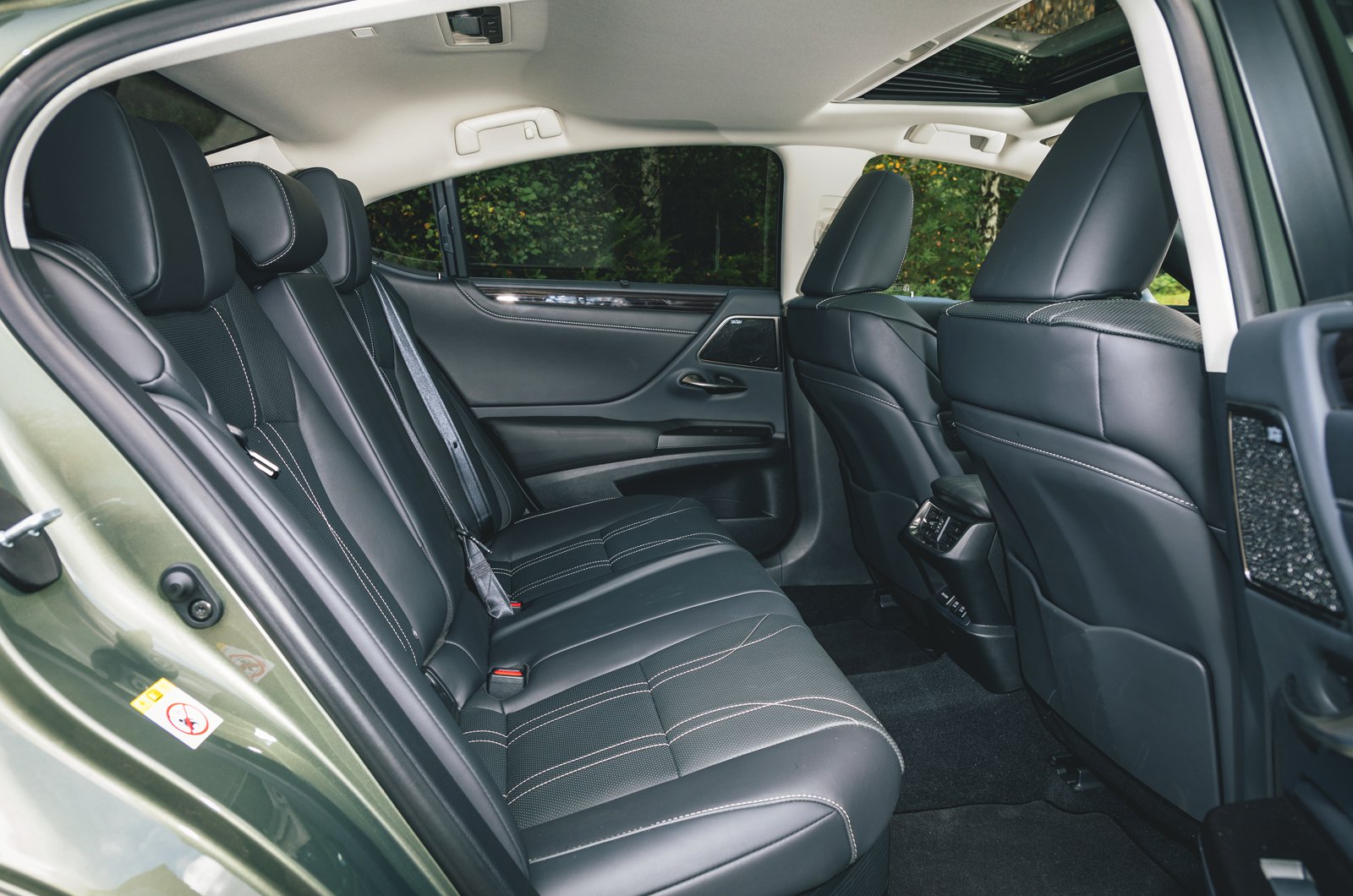