The C Class is one of the most expensive premium estate cars you can buy; like for like, it’s costlier than an Audi A4 Avant or a Volvo V60. What’s more, these high prices mean high P11D values; combined with CO2 emissions figures that are no better than those of its most efficient rivals, this means the C-Class is actually quite expensive in terms of benefit-in-kind tax for company car drivers.

It’s here, though, that the C300de diesel plug-in hybrid comes to the fore. Yes, it’s one of the most expensive versions in the C-Class range, but the low official CO2 figures that come as a result of that long all-electric range put it in a very low company car tax bracket, keeping bills down. The fact that it sups from the black pump means it’ll have pretty good fuel economy even when the battery isn’t fully charged, and that’s a useful feature for anybody who spends a lot of time on the motorway, on the company or privately alike. By contrast, in those circumstances, the C300e petrol plug-in hybrid loses any advantage it has over the regular petrol C300, but it retains a low company car tax rating. The economy of the pure petrol versions, meanwhile, is way off the pace, but the conventional diesels’ are far more impressive, if not quite a match for the class best.

In other news, resale values will be relatively strong across the range, but it goes without saying that you shouldn’t expect the high-performance models to be cheap to run; fuel, insurance and servicing costs will all be decidedly hefty.

The C-Class Estate forgoes the entry-level SE trim offered by the saloon, with Sport being the least expensive trim in the range. This gives you 17in alloy wheels, full LED headlights,, heated sports front seats and front and rear parking sensors on top of the sat-nav and rear-view camera mentioned earlier.

You can pay even more by going for AMG Line trim, but we don’t think the extra (mainly cosmetic) kit is worth the additional cost. The C43 gets larger alloy wheels as standard, plus a full AMG bodykit, AMG sports seats, a flat-bottomed performance steering wheel and Nappa leather upholstery.

In the Executive Car category of the latest What Car? Reliability Survey, all was not well for the C-Class. It finished dead last, in 19th place, with the BMW 3 Series in fifth place and the Audi A4 coming 13th. As a brand, Mercedes’ showing wasn’t much better, either; it finished 26th out of 31 brands. BMW came 9th and Audi 22nd.

Mercedes’ provision of a three-year, unlimited-mileage warranty and three years of breakdown cover is similar to that of most premium rivals. 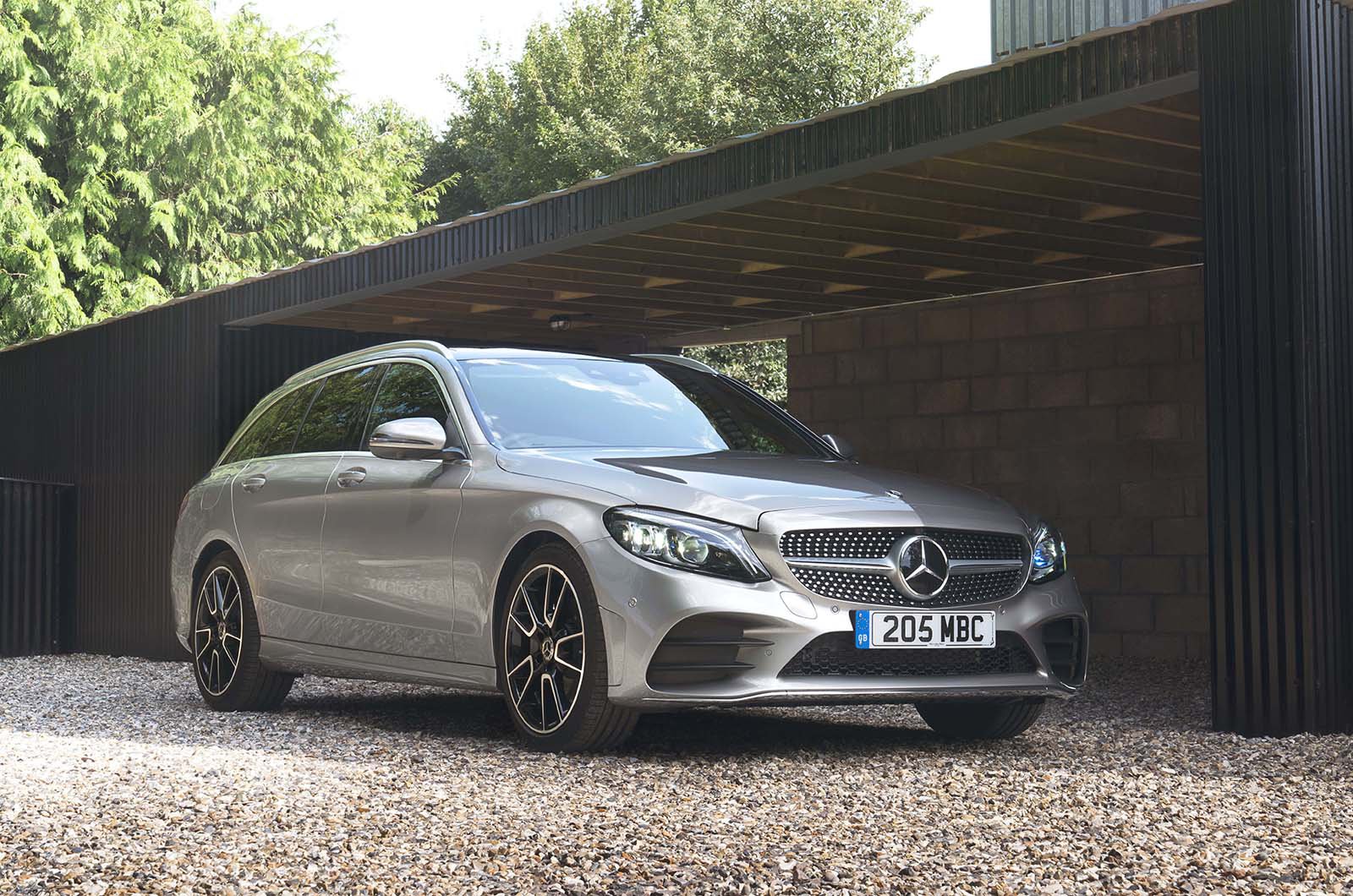 All C Class models get a collision prevention system that can automatically apply the brakes to help stop you from running into the back of the vehicle in front. There’s also a tyre pressure monitoring system to alert you if you have a slow puncture. All models get multiple airbags and a system that can detect if you’re getting drowsy on a long journey.

This all helped the C Class score impressive marks in its Euro NCAP safety tests in 2014. It was awarded the maximum five-star overall rating, along with good scores across the board in the individual categories; its 92% adult occupancy protection rating is better than the A4’s 89%, for instance, although its child occupancy protection score of 84% is slightly lower than the A4’s 87%.