The E Class looks and feels very much like a baby Mercedes S Class luxury saloon from behind the wheel – and there are few bigger compliments than that. The giant display that appears to stretch continuously from the centre of the dashboard to behind the steering wheel is made up of two sharp 12.3in screens and comes as standard on all models. It can show traditional instruments or a variety of other displays on its right-hand screen and is operated by a touchpad on the right-hand spoke of the steering wheel.

All versions of the E Class come with part-electrically adjusted seats that include variable lumbar support, while plusher trims get all-electric adjustment. It’s easy to get comfortable with either type, but anybody over six-feet tall will probably find that the steering wheel blocks the view of the top of the instrument display. Visibility at night is aided by standard LED headlights, with AMG Line trim bringing fancier versions that allow you to safely use main beam even in the presence of other road traffic, while front and rear parking sensors and a rear-view camera help with car park manoeuvring.

Meanwhile, the dashboard is easy enough to get your head around, if not quite as logically arranged as those in the rival Audi A6 and BMW 5 Series. Furthermore, conventional buttons and switches have been banished from the steering wheel, with gloss black touch-sensitive panels taking their place. These feel like a step backwards as it's easy to operate them by accident when you’re twirling the wheel.

Going back to those two big 12.3in screens; the left-hand one takes care of the infotainment and can be operated as conventional touchscreen, via a touch pad between the front seats or with a tiny pad on the left steering wheel spoke. This system isn’t quite as intuitive as BMW’s rotary dial-controlled iDrive system, but its menus are logical, its graphics are crisp and the software that controls it is responsive. Easy-to-follow sat-nav, Apple CarPlay, Android Auto and wireless smartphone charging are all standard.

When it comes to quality, the materials used to construct the interior are mostly classy and the buttons and switches, in the main, operate with precision. Things aren't quite put together as solidly as is the case with the A6 or 5 Series, though; Mercedes’ signature glossy or matt wood-effect centre console makes just as much of a visual impression here as it does in the smaller C Class, but while it doesn't exhibit as much give when prodded firmly, it would be better if there was none at all. 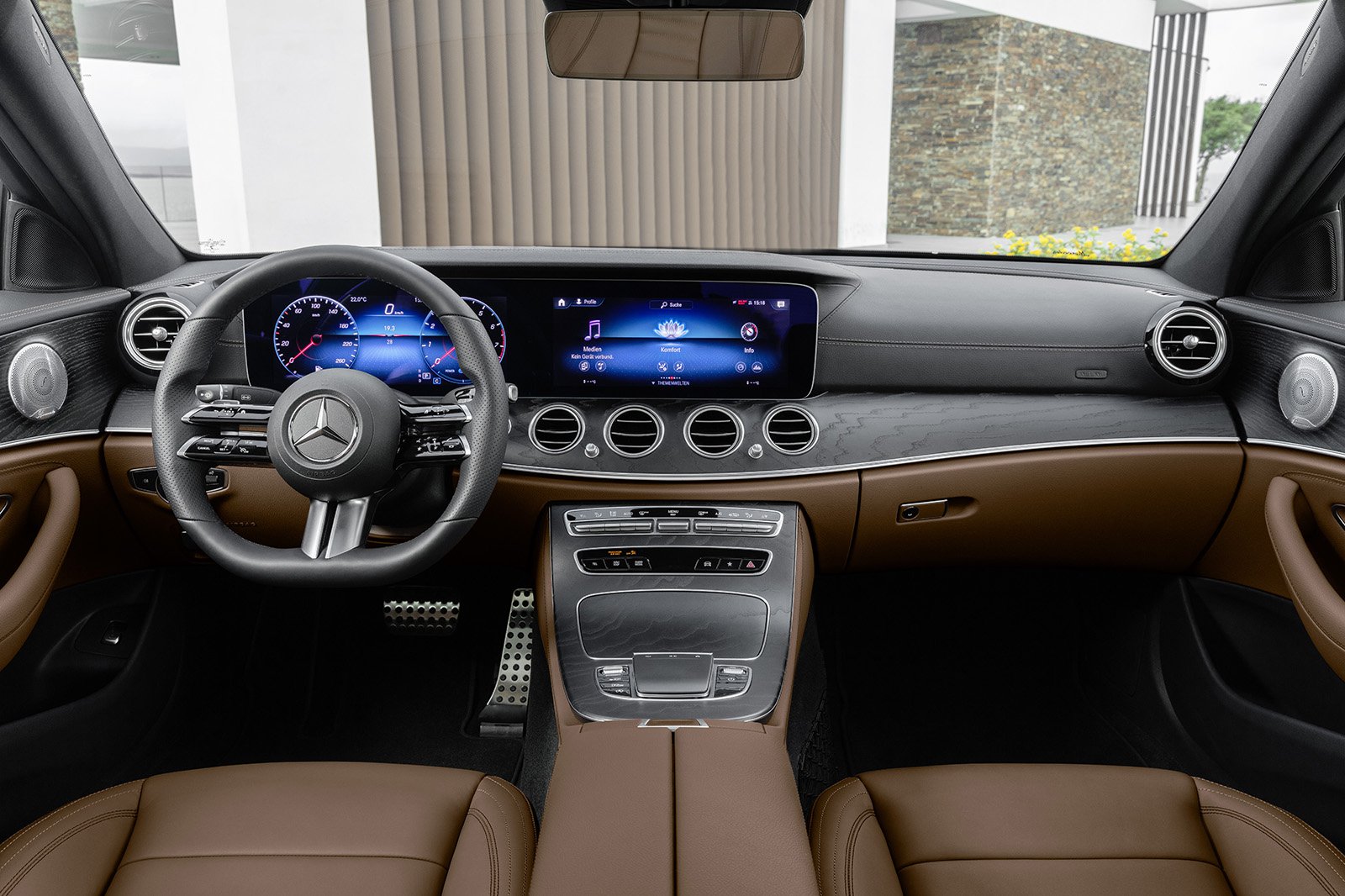