You won't feel cramped in the front of the Mercedes E-Class, no matter how big you are, because the interior is wide and has loads of leg and head room – even if you go for the top-spec AMG Line Premium Plus trim that has a panoramic sunroof fitted as standard.

You get lots of space for your odds and ends, too, including in the roomy glovebox and under the generously sized front centre armrest, plus there are two big cupholders.

Compared with the Audi A6 and BMW 5 Series, the E-Class is the least accommodating for two people in the rear. Head room is tight if you’re pushing north of six-foot tall, there’s not a lot of space for your feet under the front seats, and leg room is decent but not outstanding.

The E-Class also falls short of the A6 if you need to add a third rear passenger – they’ll fit but feel more squeezed by the two outer passengers, and there's a big central floor hump to straddle. That said, the 5 Series has worse head room for a middle passenger. 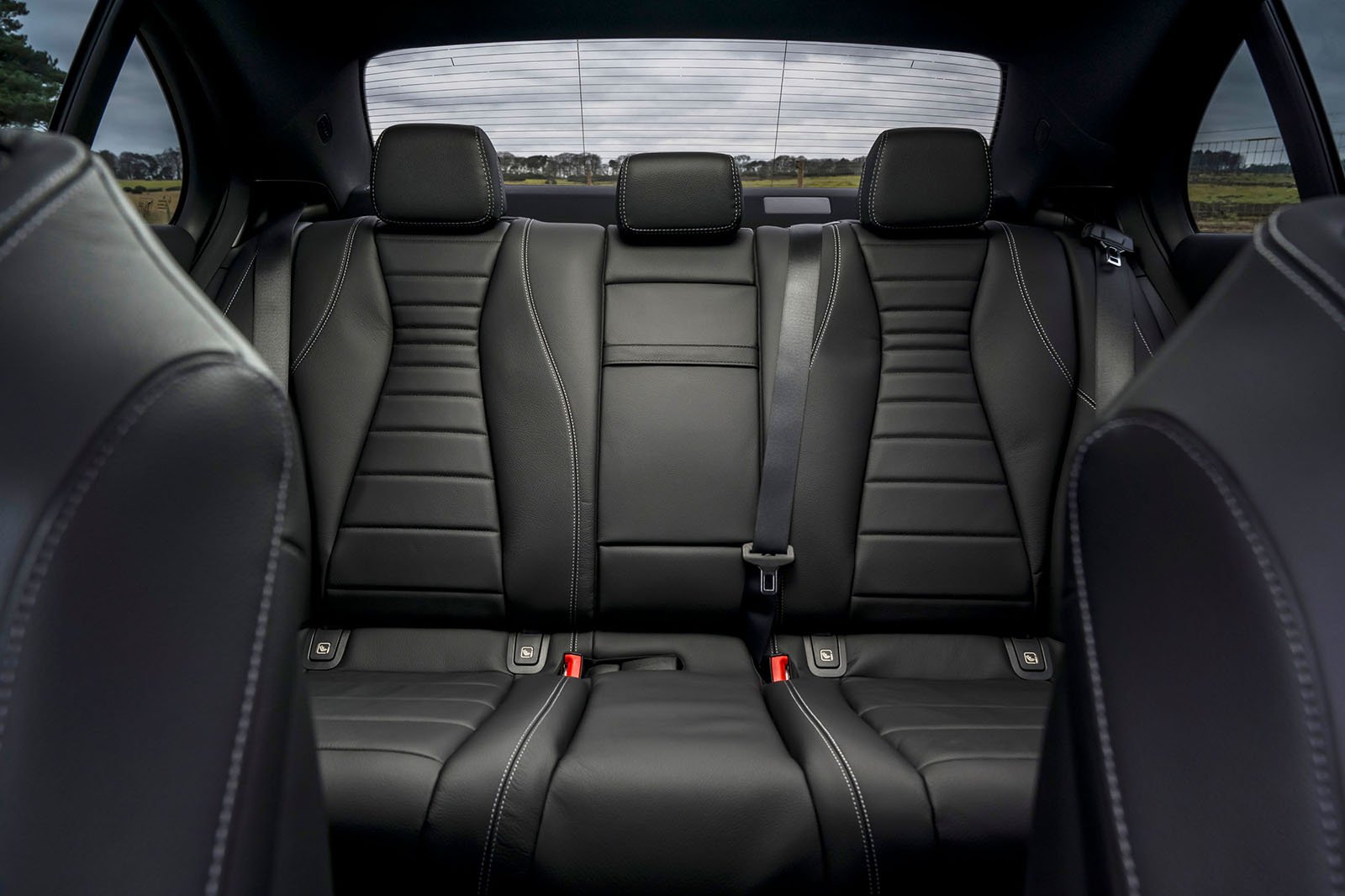 The E-Class matches the Audi A6 in offering 40/20/40 split rear seats as standard. These are easy to fold down using the handles in the boot.

The E-Class offers a good, square-shaped boot that’ll fit eight carry-on suitcases, which is the same as the BMW 5 Series will take (with a bit more shoving). But the E-Class has a massive under-floor storage area that can swallow another case, taking the total to nine – the same number as the Audi A6.

Bear in mind that the EQ Power hybrid models have less luggage room because the battery sits under the boot floor. The BMW 530e has a flat load area, but the floor of hybrid E-Class's is anything but, with a large hump running the width of the boot. You won’t want to take them to Ikea, that’s for sure.

The E-Class’s boot aperture isn’t massive, but there are some nice touches inside. These include a fold-down hook to hang bags from, and if you lift up the boot floor you’ll find a foldable crate underneath it for your groceries.