All MG 5s get a 52.5kWh battery pack that’s good for an official WLTP combined range of 214 miles. That’s significantly higher than an MG ZS EV or entry-level Nissan Leaf and just three miles shy of the Peugeot e-208, our favourite small electric car. If you need more range, take a look at the Renault Zoe.

One area where the 5 has its aforementioned rivals licked is on performance. With 154bhp from its electric motor, 0-62mph takes a mere 7.7sec. This makes scooting up to motorway speeds or zipping into gaps in traffic is easy, but it does feel like the 5 could do with a bit more traction; it doesn’t take much to set the traction control light flashing away and sometimes you’ll feel the steering wheel twisting slightly in your hands as you accelerate.

The 5 is quite softly sprung, so it smooths things out quite comfortably on undulating roads  and is mostly happy on the motorway. It gets caught out by expansion joints, potholes and other sudden shocks, though, and these send send a bit of a thump through the car – a shortfall that’s especially noticeable at town speeds. The Peugeot e-208 is a comfier companion.

We certainly wouldn’t recommend the MG 5 for thrills; its light steering isn’t as quick or precise as the e-208’s and might dent your confidence on a twisty road. Push on in the corners and there’s a bit of lean, and the soft suspension means it never feels particularly agile or enjoyable.

Although it’s by no means loud, you’ll notice the electric motor’s whine more than rivals especially when you’re buzzing around town. At speed much of this is drowned out by acceptable levels of wind and road noise, but an e-208 is a quieter cruiser.

The brakes, often an issue with electric cars, are easy to modulate so you come to a stop smoothly. You can increase or decrease the effect of the regenerative braking when you lift off the accelerator, but it’s never strong enough to allow ‘one pedal’ driving like the Leaf does – you’ll be pressing the brakes regularly. 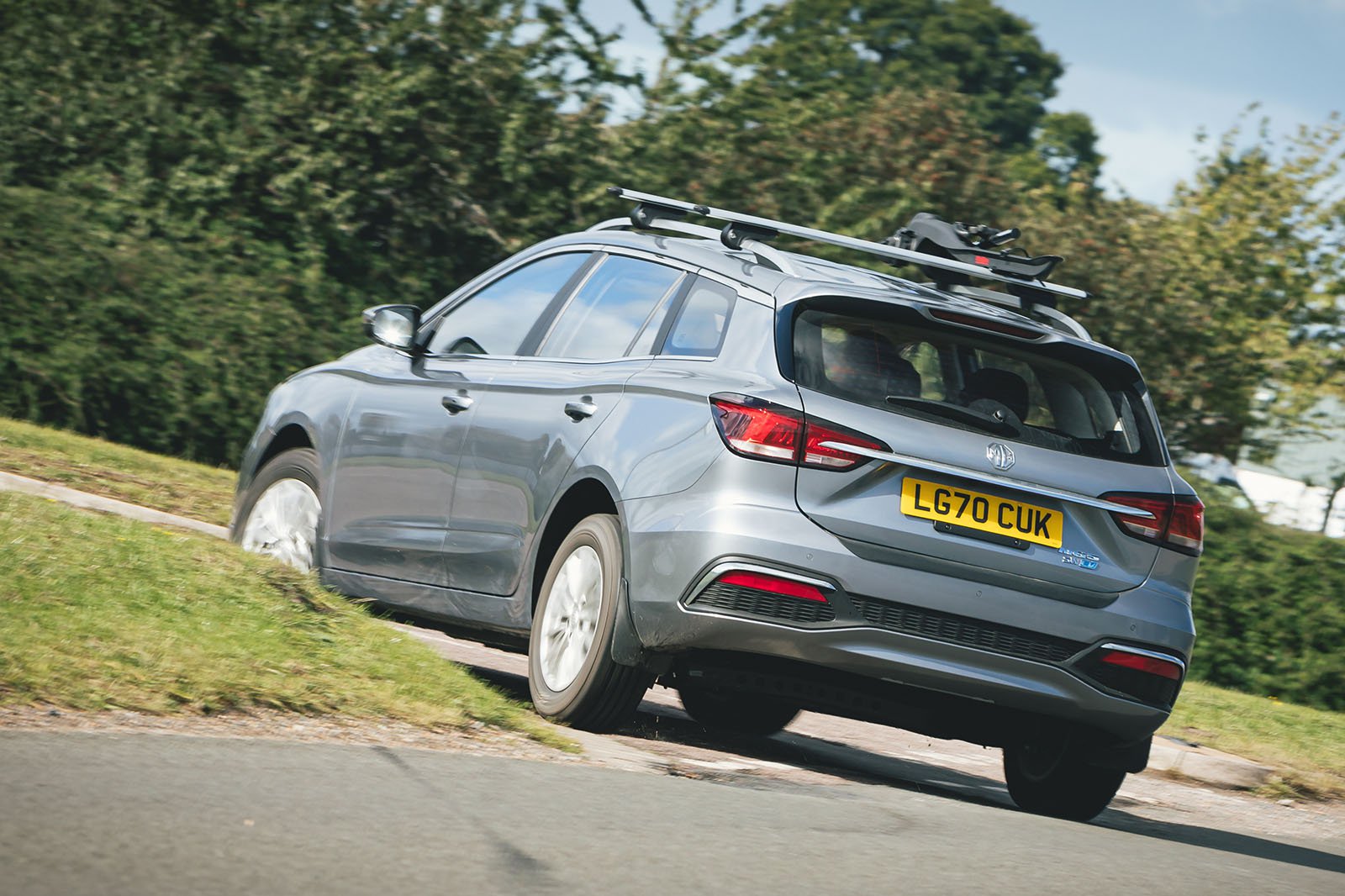