New right-hand-drive version of all-electric Tesla Model S arrives in the UK, with prices from £49,900 to £68,700, and fast charging stations set to arrive in September... 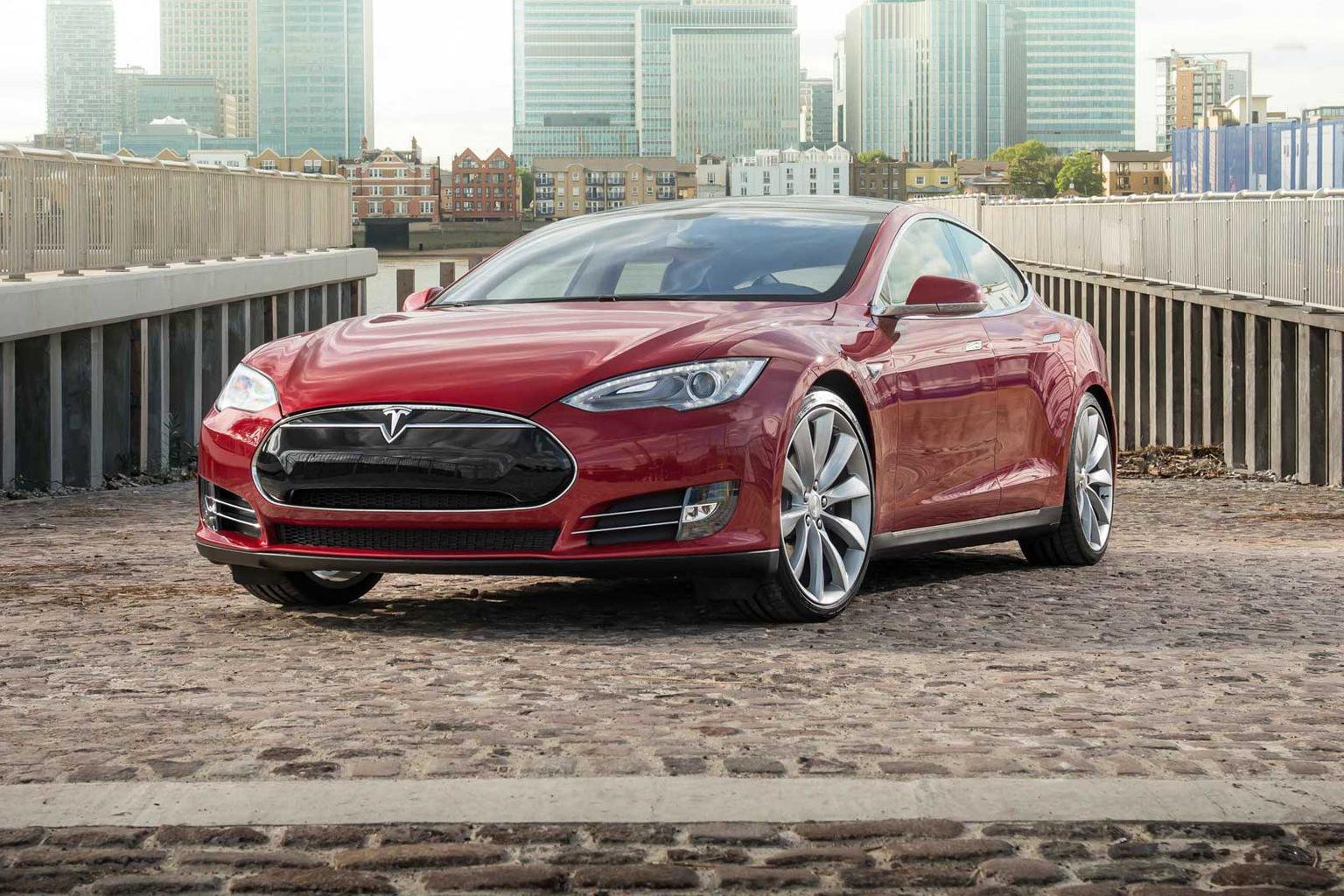 If you thought electric cars were all environmental piety and no fun, the new Tesla Model S is here to prove you wrong. Everything about it is designed to indulge, from the sports car performance to the slick lines and jaw-dropping interior.

Big batteries do mean a long charging time, though. From a standard domestic plug, the Tesla will need 30 hours for a full charge (or will add around 10 miles to its range per hour). However, the Tesla comes with a variety of cables as standard that allow the car to charge at a rate of up to 30 miles of range per hour, if you have a more heavy-duty power outlet.

Tesla has also now outlined plans for the creation of a 'supercharger' network, which is set to offer half a  full recharge in 20 minutes, across the UK by the end of 2015. Four of these stations will be based just off the M4, and open by September, theoretically allowing you to drive from Dover to Cornwall in a day.

All electric cars come with a sense of the surreal. To the fossil-fueled generation, speed just seems incongruous without sound to explain where it’s coming from. The Model S is the most extreme embodiment we’ve experienced of this since Tesla’s own, now-defunct Roadster model.

After all, the S can streak up the road as fast as a BMW M5, delivering its performance in a linear fashion via a throttle that’s sharp and easy to modulate. All UK cars come with a 'creep mode' which allows the Tesla to move slowly and consistently in slow traffic with a smooth take up of power.

For all its shocking pace, though, the Tesla Model S doesn't feel like a sports car in the same way the M5 does. Instead, it feels like a well-sorted GT.

Even the optional £5500 Performance Plus pack fitted to our test car doesn’t make the Model S feel delicate, despite the alterations to the standard air suspension, dampers and anti-roll bars that it includes.

There’s noticeable, but well-controlled, body movement, while the steering (which has three weight settings) is meaty and quick, and gives a satisfying sense of confidence in fast cornering.

Slowing down feels odd at first, thanks to the very strong regenerative braking forces – the equivalent of heavy engine braking – but you get used to this quickly. Brake pedal response is a little inconsistent and spongy-feeling, although stopping power is good.

Ride quality is also impressive. Our test car was fitted with £1900 optional Smart Air Suspension, which automatically adjusts the suspension level to the optimum height depending on whether you’re at motorway or town speeds.

It certainly works, because despite the huge 21-inch wheels that were also fitted to our car, the Model S remained composed over poor road surfaces, resorting to a mild fidget only over very scruffy urban roads.

Extraordinary. There is no switchgear – instead the whole console is taken up by an enormous touch-screen that displays sharp, high-definition graphics and online connected services.

It takes a bit of getting used to, but it’s easier to use than most of the small touch-screens in more mainstream cars thanks to large icons. The key systems – including navigation and audio – are always on display at the top of the screen, while the car’s settings (the sunroof, door lock controls etc) are accessed via a button on the bottom toolbar, next to the permanently visible climate control buttons.

You’ll get comfortable up front very easily, although some might want a little more side support from the seats given the Tesla’s performance potential, and visibility to the rear is quite poor due to the narrow rear windscreen and thick pillars. Those in the back will have loads of legroom, but headroom will be a bit tighter for tall pssengers.

Another perk of electric motoring is the potential space saving on offer. Where the Tesla doesn’t have an engine under the bonnet, there is a substantial boot that, when combined with the broad rear boot adds up to 1795 litres. That’s more than you get in a BMW 5 Series Touring.

There's even the option of seven seats – although the two additional seats are suitable for only small children and are fitted as an optional rather than offered as standard.

Yes. If you fancy a big GT and think you can live with the restrictions of the range – even an electric car as usable as the Tesla’s is still limited next to the convenience of a diesel – then this is an awesome thing to drive and spend time in.

Just do your sums carefully before committing. While the Tesla looks reasonably good value next to its closest competitor, the Porsche Panamera S E-Hybrid, it looks pricey compared with something like a Mercedes CLS 350, which isn't that much slower, is just as practical and won’t suffer the electric-range limitations and uncertain residuals of the Tesla.

However you look at it, the Tesla Model S is a landmark electric car, and a seriously good one at that.