The BMW 740Le xDrive is a technological marvel and an incredbly luxurious way to travel; it's an eco car with a difference... 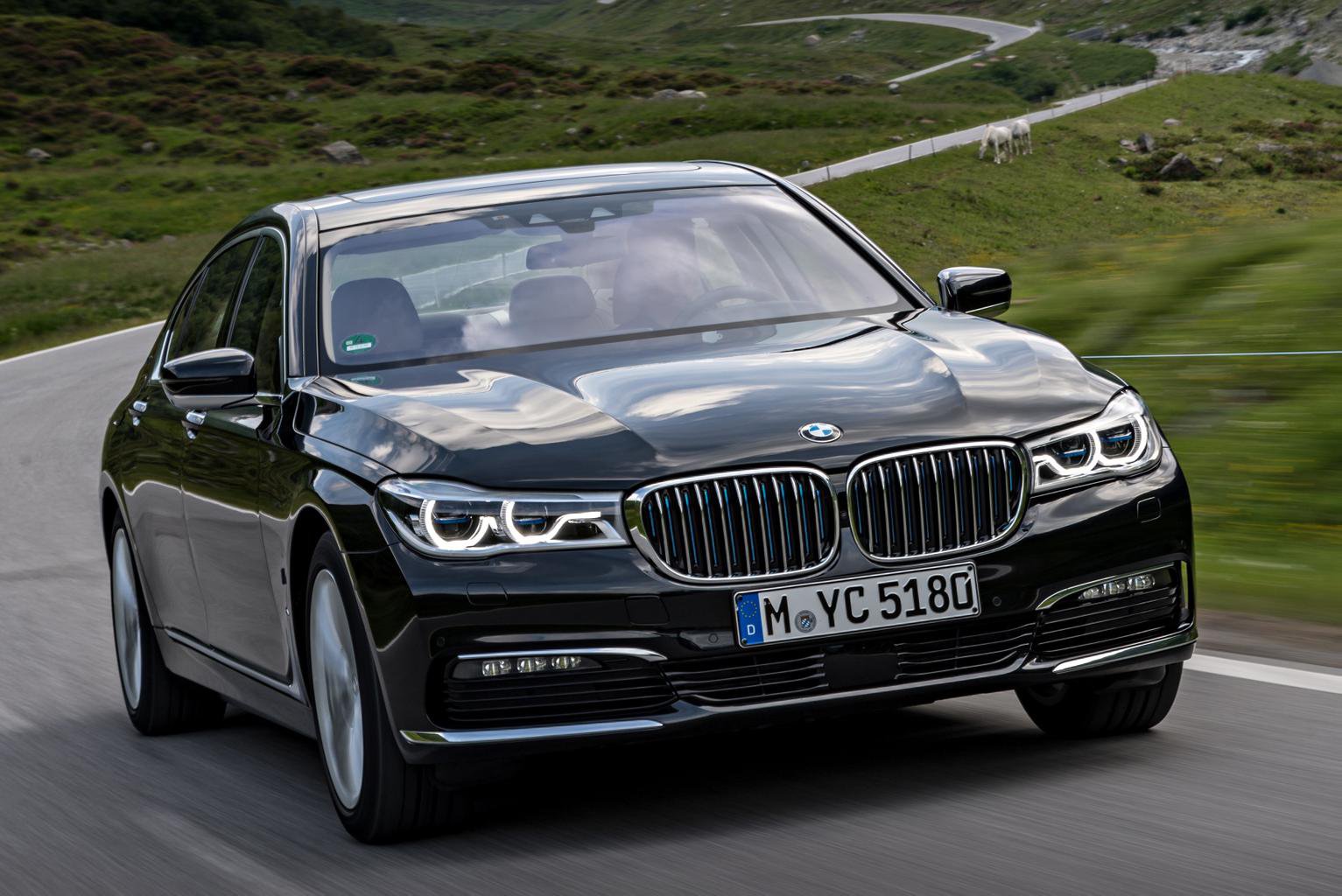 The BMW 740Le xDrive is a green-tinged luxury car and a mighty technical achievement. Based on the company's flagship 7 Series saloon, it features a clever plug-in hybrid drivetrain. The lengthened, range-topping variant that we have here also has four-wheel drive.

Power comes from a 265bhp 2.0-litre turbo petrol engine and a 111bhp electric motor, while the gearbox is an eight-speed automatic.

The motor not only develops a very healthy 184lb ft of torque from start-up, but can act as a generator to recharge the battery pack. This is mounted under the rear seat and can be fully charged by a wallbox in 2 hours and 40 minutes.

Utilising this space means the fuel tank has been relocated to above the car’s rear axle. Just 46 litres in size, its positioning means that the 740Le’s boot capacity is smaller than the regular 7 Series’.

The BMW 740Le can be run in one of two main ways, with the first of these called 'Auto eDrive'. When in this mode, the car defaults to using the battery at low and moderate speeds. BMW says this will ensure emission-free travel in built-up areas. 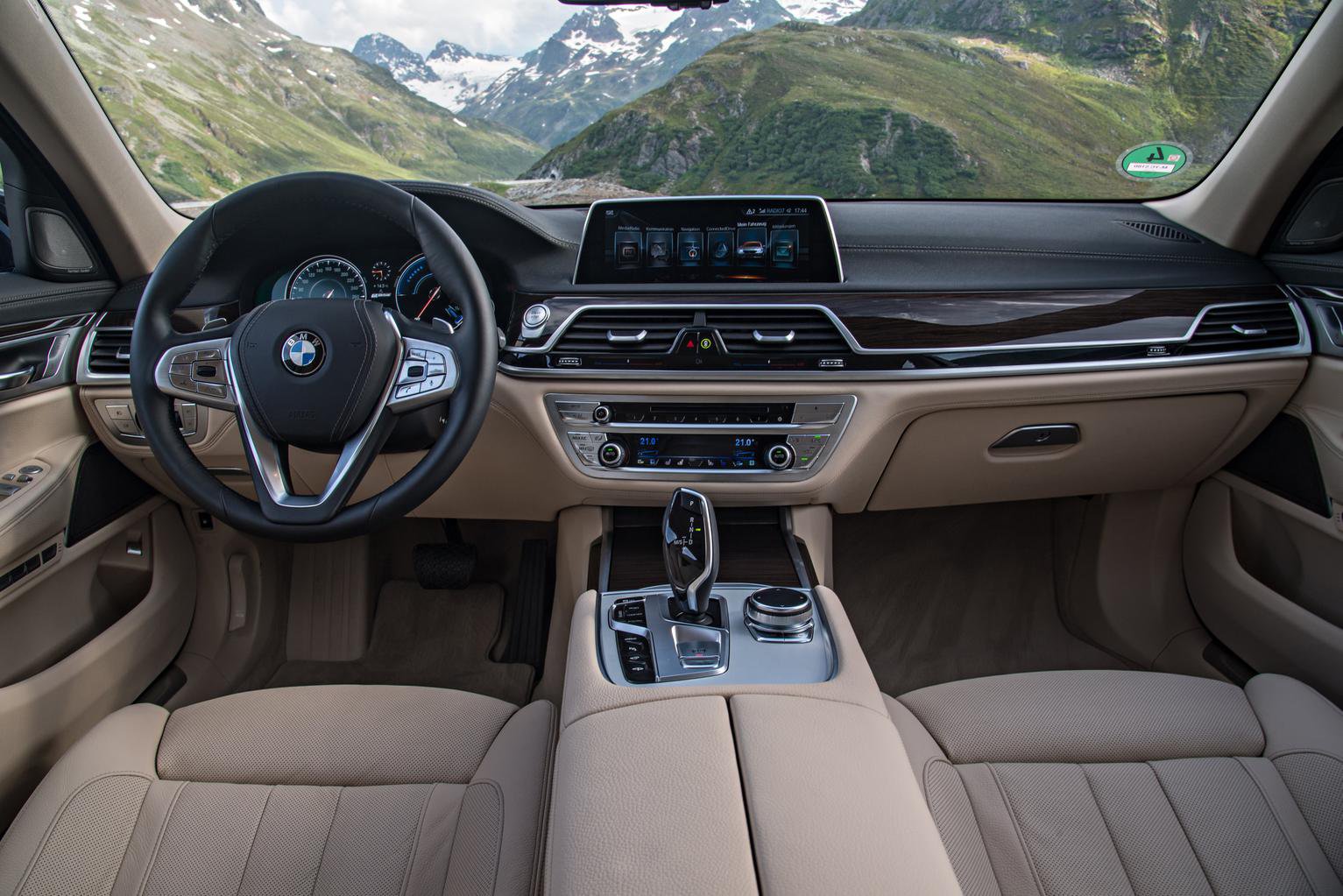 At higher speeds, power comes from both the petrol engine and the electric motor, although the engine sparks into full-time use at around 50mph or if the driver accelerates hard.

The other option is the 'Max eDrive' mode, which ensures that the 740Le runs purely on battery power until the speed reaches 50mph – or at least it does when there's enough charge. A 'Battery Control' setting allows the driver to reserve battery power for later in a trip. This allows, for example, emission-free driving when entering a city after a motorway journey using only the petrol engine.

In addition, there are three chassis settings. 'Comfort' is intended to deliver the smoothly balanced combination of battery and engine use and the most relaxing suspension settings.

'Sport' mode has the electric motor and petrol engine working together to boost performance, and also provides a sharper accelerator and steering response and stiffer suspension.

'Eco Pro' mode is designed to maximise the car’s electric range. A special energy recuperation function helps recharge the battery when driving. Between 25 and 99mph, a coasting function kicks in whenever the driver lifts off the accelerator.

At this point, the petrol engine switches off and the electric motor in the gearbox is turned by the car’s wheels as it coasts along. The electric motor then acts like an old-style bicycle dynamo, generating electricity and charging the battery.

Both the heating and air-conditioning systems can be run electrically from the battery pack, which also allows the interior of the car to be 'pre-conditioned' to your chosen temperature by remote control.

That's the theory, but what is the reality like? Well, depending on which of the numerous powertrain management options has been selected, the 740Le hums away from standstill in electric drive. 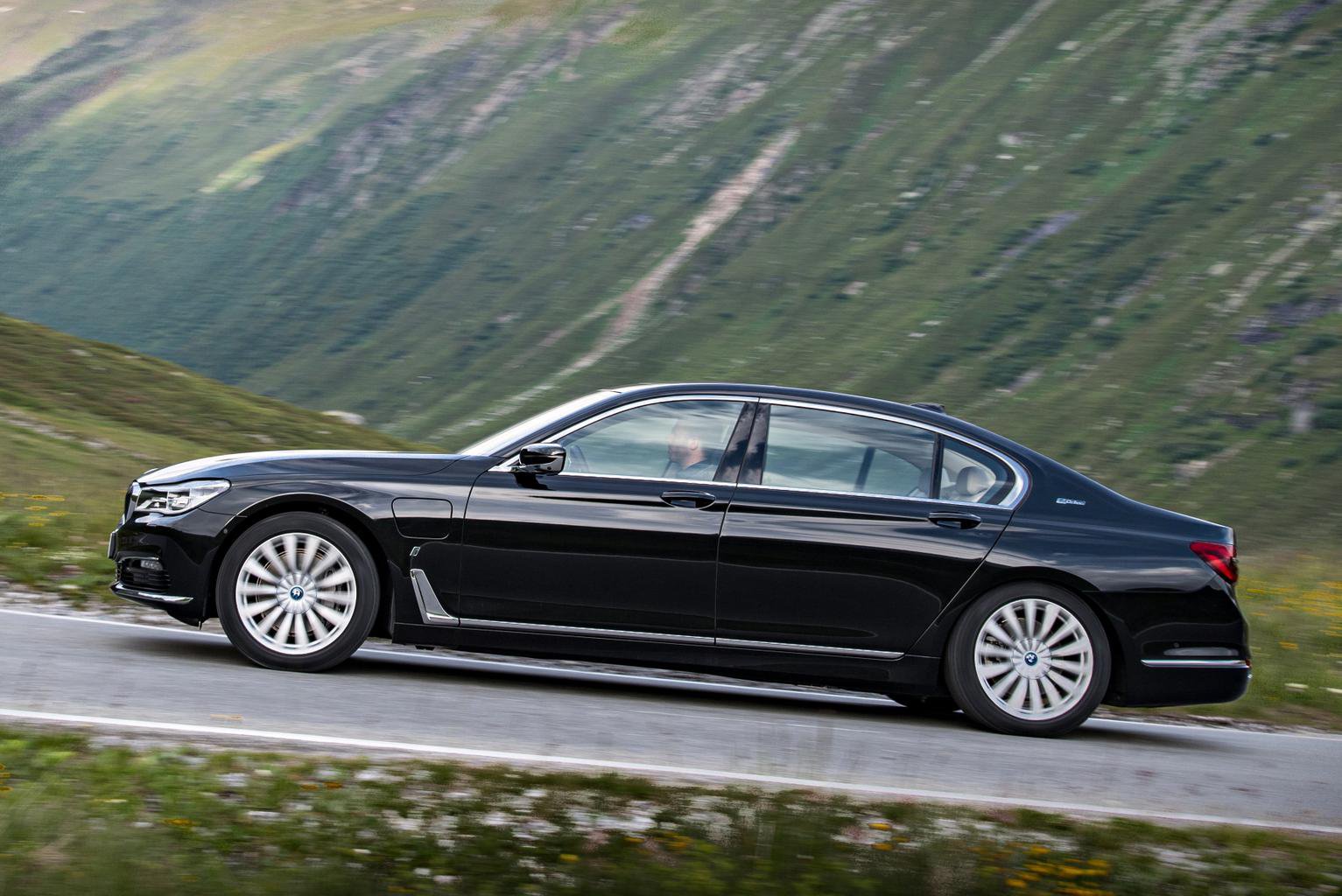 It doesn’t take much demand for speed from the driver for the engine to kick in, although the car is also – via the sat-nav – 'aware' of where it is, so the petrol engine does the majority of work when the car is out of town or on the motorway.

Air suspension ensures that the 740Le does a very impressive job of isolating the occupants from the outside world.

On top of that, the xDrive four-wheel drive system is permanently engaged, rather than working only when the road surface is slippery, which adds to the sure-footed feel.

The only real issue with the 740Le's drivetrain is the noise from the petrol engine under acceleration; it sounds pretty harsh until the growling exhaust note cuts in above about 3500rpm.

Vast. This stretched version of the BMW 7 Series is more than 5.2m long and rear seat space is very impressive indeed. The front of the car is equally accommodating and the interior design theme is more button-heavy than the arguably more futuristic Mercedes S-Class's dashboard. You can’t argue with the fit, finish and sense of luxury, however. 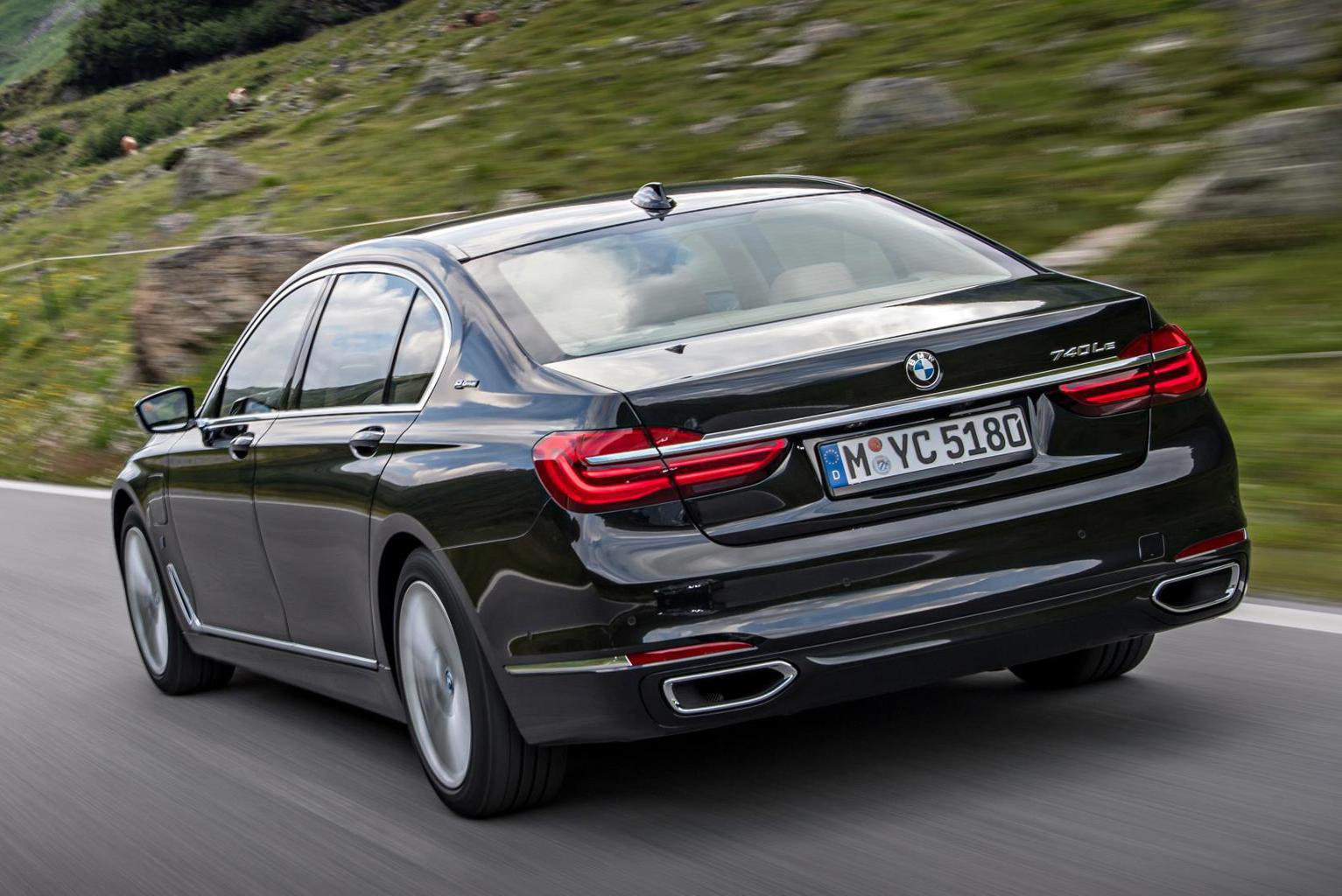 It’s hard to find anything to criticise. Superb seats and low wind and road noise (helped by double glazed side windows) make the 740Le an extremely pleasant place to spend time.

The biggest downside of this car as a top-end luxury model is the size of the boot, especially when compared with the size of the interior. Four full-size suitcases look like they’d be a very tight fit indeed.

This is about as niche a vehicle as can be. Successful business tycoons who want to drive around a city centre on battery power, while not sacrificing super luxury and extremely swift performance, are probably the main target market. However, anyone with the buying power will appreciate this extraordinary car that’s at home in city centres as it is making high-speed intercity journeys.

Best cars for less than £600 per month