New hybrid Kia aims to combine the best of the Nissan Qashqai with the emissions to rival the Toyota Prius... 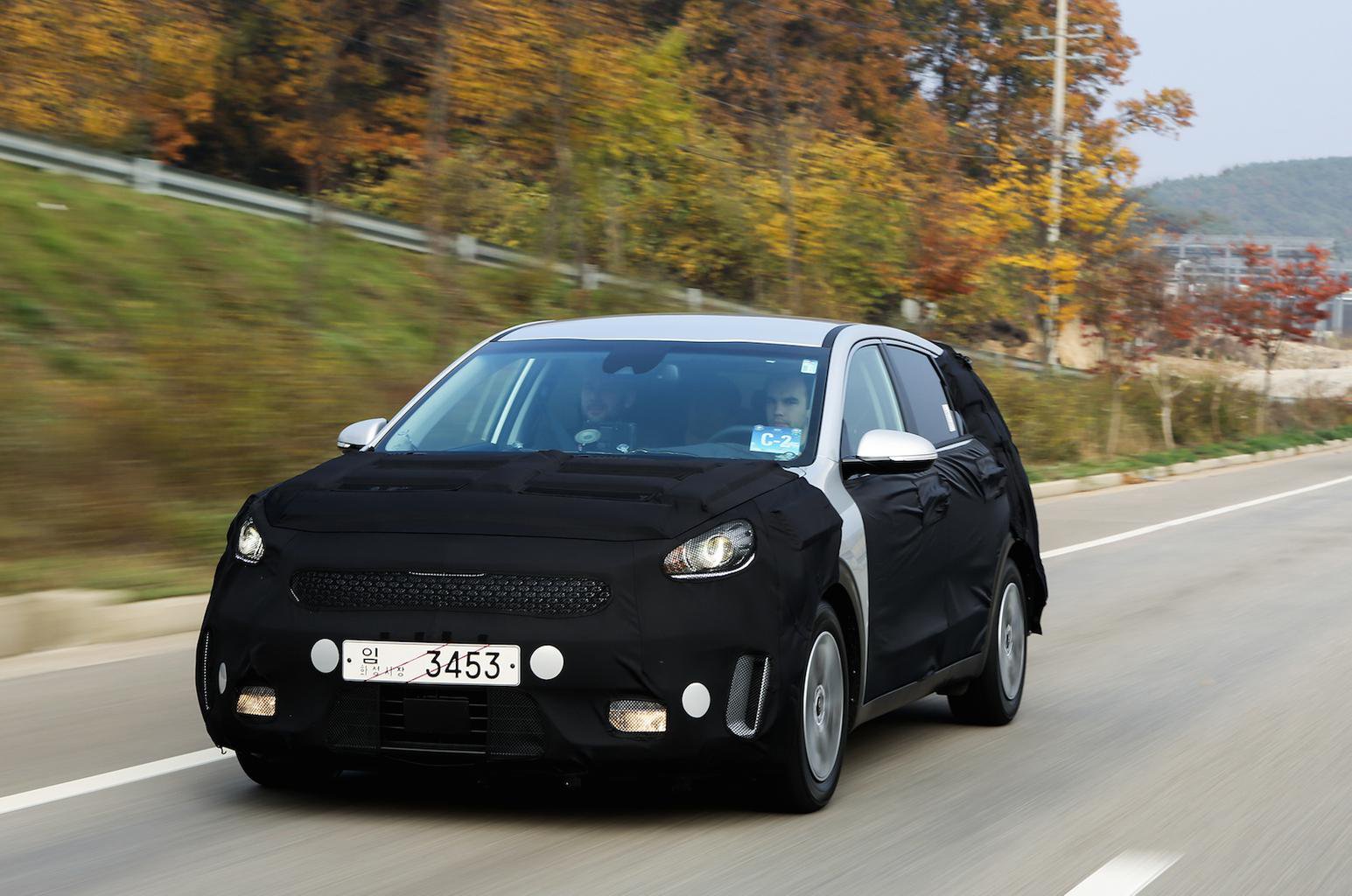 The Kia Niro is a high-riding hybrid SUV that crosses the size, practicality and styling of the Nissan Qashqai with the green credentials of the Toyota Prius.

It will launch in autumn 2016 and, as Kia’s first bespoke hybrid model, spearhead the firm’s push to sell more part or fully electric vehicles as it bids to drive down its average CO2 emissions by 25% over 2014 levels by 2020.

The Kia Niro is called a Hybrid Utility Vehicle (HUV) rather than an SUV by its makers, because it is claimed the car will be unique in the market because of its low-emission credentials and high-riding driving position.

In size, it sits between a Kia Soul and Kia Sportage; think of it as a high-riding Kia Cee’d or a Ford C-Max rival and you’d be close. As such, it’s a practical car for four adults. However, unlike those cars, it sits on a bespoke platform developed purely for future hybrids in order to house the batteries, but it is still lighter than normal without compromising on safety.

It will launch as a conventional hybrid like the Prius, although Kia has said that it will launch a plug-in version of the Niro in time. That car would be a close rival for the Mitsubishi Outlander PHEV, which is currently Britain’s best-selling electrified car.

The Kia Niro will be sold as a hybrid only, linking Kia’s 104bhp 1.6-litre Kappa petrol engine with 108lb ft of torque mated to a 32kW electric motor. That power will be channelled through a six-speed DCT gearbox. The battery is a 1.56kWh lithium-polymer unit.

Based on an early test drive the powertrain set-up is sprightly without being startling, and the electric power delivers extra boost seamlessly. Like the Prius, the Niro is capable of driving on electric power alone for short distances, although Kia has not specified how far.

Kia has targetted CO2 emissions below 90g/km (equating to around 70mpg). The plug-in hybrid version of the car should halve those figures, but there is no news on when that variant will go on sale.

While the launch car will be front-drive, four-wheel drive is a possibility.

We have had an early drive in a Kia Niro prototype on the public roads in Korea. While such a test can offer few definitive verdicts, it is clear the car will be capable.

The engine and electric motor combination worked smoothly, and delivered sufficient power to keep up with the flow of fast traffic, only revving noisily when pushed hard.

On bumpy Korean roads the Niro rode well and cornered flatly, while the steering was accurate if not exciting.

The disguised cabin looked smart where we could see it, and space in the front, back and boot was decent.

The price and final emissions figures will be crucial to would-be buyers, however, as will a definitive UK drive of the production model.

There is no spec information on the Kia Niro at present. So far, the car has only been revealed in the sketches above. It is expected to be unveiled formally at the Chicago motor show in February 2016, suggesting UK prices and specs won’t be finalised until the summer, with the car then appearing in showrooms from early autumn.

However, as buyers are expected to be drawn by its eco credentials rather than low pricing, we expect to be launched in high trim levels with lots of standard kit. The high-spec Kia Soul EV provides a guide.

There is no confirmation of pricing for the Kia Niro, although the firm’s suggestion that it crosses the best of the Nissan Qashqai and Toyota Prius suggests a starting price in the region of £25,000.

You can’t even order a Kia Niro at present, but we’d expect the Korean firm to use its first bespoke hybrid vehicle to try to build an eco image along the lines of how Toyota has used the Prius. As such, we’d expect early discounts to be hard to come by but to grow to around 10% of list price around 12 months after the car goes on sale.

The Kia Niro faces a cross-section of rivals; the more conventional Nissan Qashqai, Renault Kadjar and VW Tiguan are likely to all have lower purchase prices but higher running costs, while the Mitsubishi Outlander PHEV plug-in hybrid offers similar space and stronger green credentials for around the same expected price. The new Toyota Prius offers unconventional styling in a more conventional shape, and is expected to deliver greater official efficiency when the figures are finally revealed.