Is the new range-topping Ford Ranger Raptor the ultimate pick-up truck? We've just driven it in the UK for the first time to find out...

The Ranger Raptor gets a 10-speed automatic gearbox as standard, borrowed from the Ford Mustang. This gearbox is available in standard Rangers too, replacing the old six-speed auto, which was among the worst in its class.

The 10-speed ’box is a giant leap forward, offering greater responsiveness while remaining smooth. But although it's certainly an improvement, it still can't beat the eight-speed auto found in the Volkswagen Amarok. 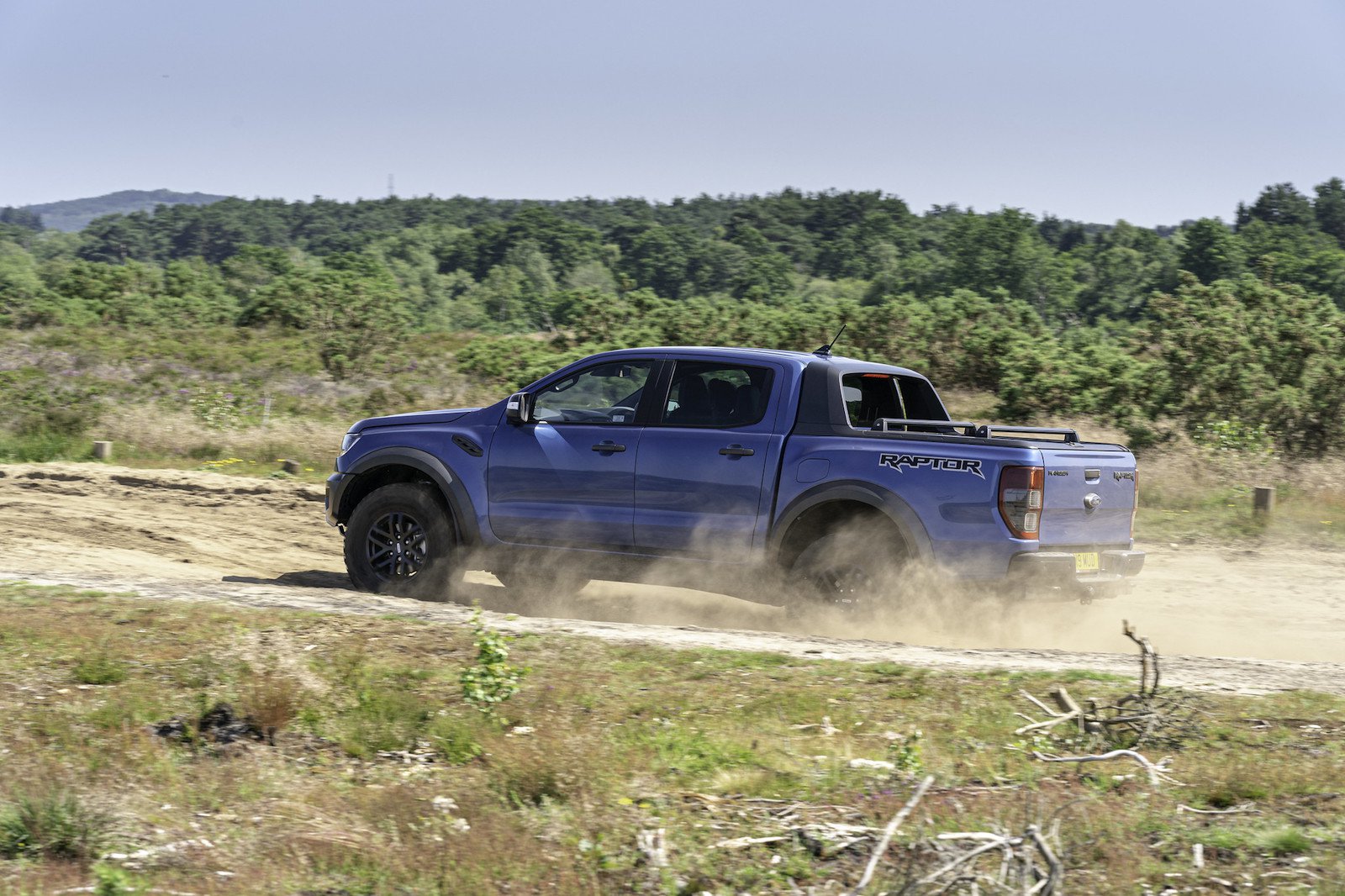 The Raptor gets bigger brakes than other Rangers and the suspension has been reworked to allow for up to 30% more suspension travel, thanks in part to some beefy Fox Racing shock absorbers.

At the rear, meanwhile, instead of the primitive leaf spring setup that the rest of the Ranger line-up gets, the Raptor features more sophisticated coil springs but retains an electronically locking rear differential to further assist off-road ability.

The suspension does feel more supple than standard, but even the standard Ranger is among the more comfortable machines in its class. It's worth bearing in mind, though, that the Raptor can tow only up to 2500kg, rather than the full 3500kg that other standard Rangers can manage. 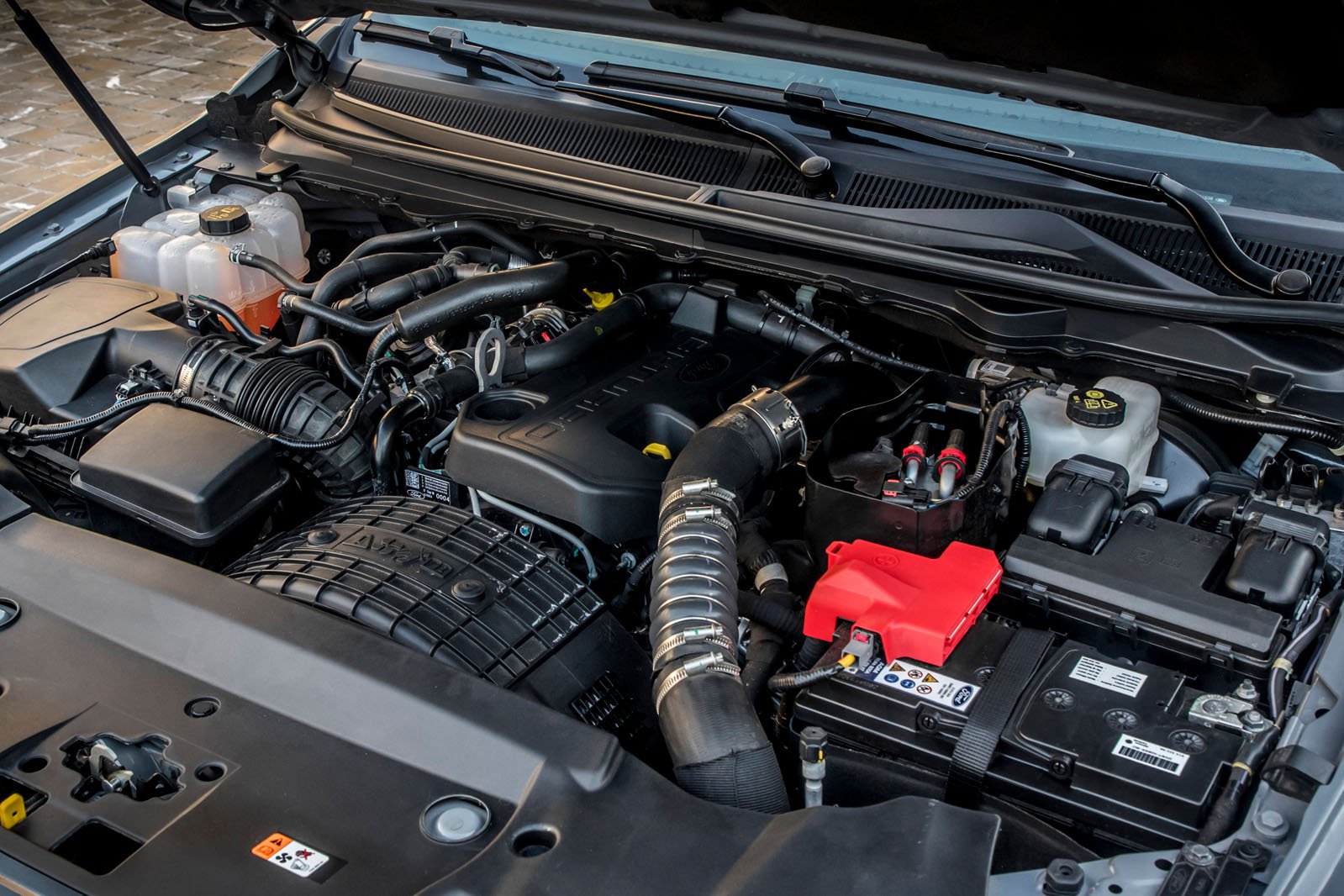 The engine is perhaps the most underwhelming thing about the Ranger Raptor. Unlike that in its F-150 cousin, it's no turbocharged V6 powerhouse – just a 2.0-litre four-cylinder diesel, albeit with a pair of turbos.

It does have plenty of torque low down, however, and acceleration is adequate, as long as you weren't hoping for a little more excitement from a Ford Performance product with a Raptor badge on it. And at least you get plenty of range out of a full tank, to fuel those off-road adventures.

The Ranger handles sweetly compared with other pick-ups, although the off-road-biased tyres that you get with the Raptor limit grip slightly on asphalt. There are six different driving modes – Normal, Sport, Grass/Gravel/Snow, Mud/Sand, Rock and Baja – to help fine-tune the steering, acceleration and gearshifts to suit the terrain you're traversing. 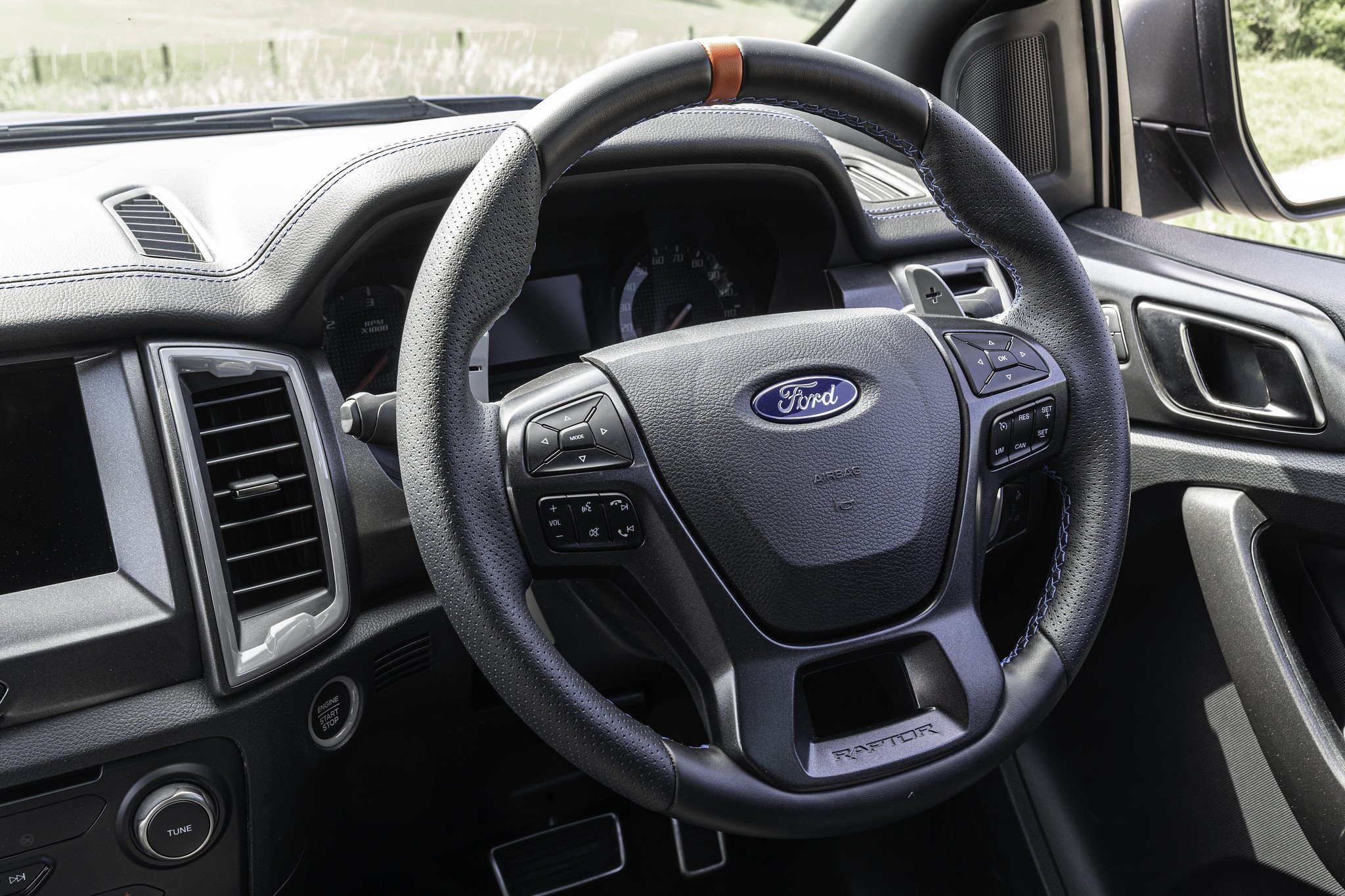 Inside, it's very similar to the standard Ranger, with Ford's Sync 3 infotainment system (which we rate as one of the better pick-up touchscreens) and plenty of space.

How does the Ranger Raptor stack up financially? Read our verdict to find out...