The Porsche Macan GTS is an even faster and sharper version of our 2020 Sports SUV of the Year. Time to find out if it's worth the £9500 premium...

According to the company that makes it, the new Porsche Macan GTS “impresses with the agility and responsiveness of a true sports car.” Really? Weighing in at around two tonnes and standing more than 1.6-meters tall makes it sound about as “sports car” as a shipping container.

It’s not news that SUVs aren’t as agile as sports cars, but equally, it’s not news that, when it comes to SUVs, the Macan is about the sportiest and best handling of the lot. Indeed, that's why the S version is our 2020 Sports SUV of the Year. But, is the even sportier new Macan GTS worth a £9500 premium?.

What do you get for that extra cash? A sports exhaust, and, naturally, more power (up 26bhp) and shove (plus 30lb ft), but interestingly, both peaking higher up the rev range. The GTS stands on black, 20in alloy wheels and standard adaptive suspension that drops it 15mm lower, and a further 10mm lower if you add the optional air suspension. Plus you get beefier brakes, which you can upgrade to fade-resistant carbon-ceramic brakes if you’re thinking about track days. You’re not, though, are you?

Outside it’s dressed with suitably sporty attire, such as dark-tinted lights, a black grille and black bumper detailing, while inside you sit on bespoke, GTS sports front seats, with eight-way electric adjustment, looking at a ruby red, GTS-badged rev counter. 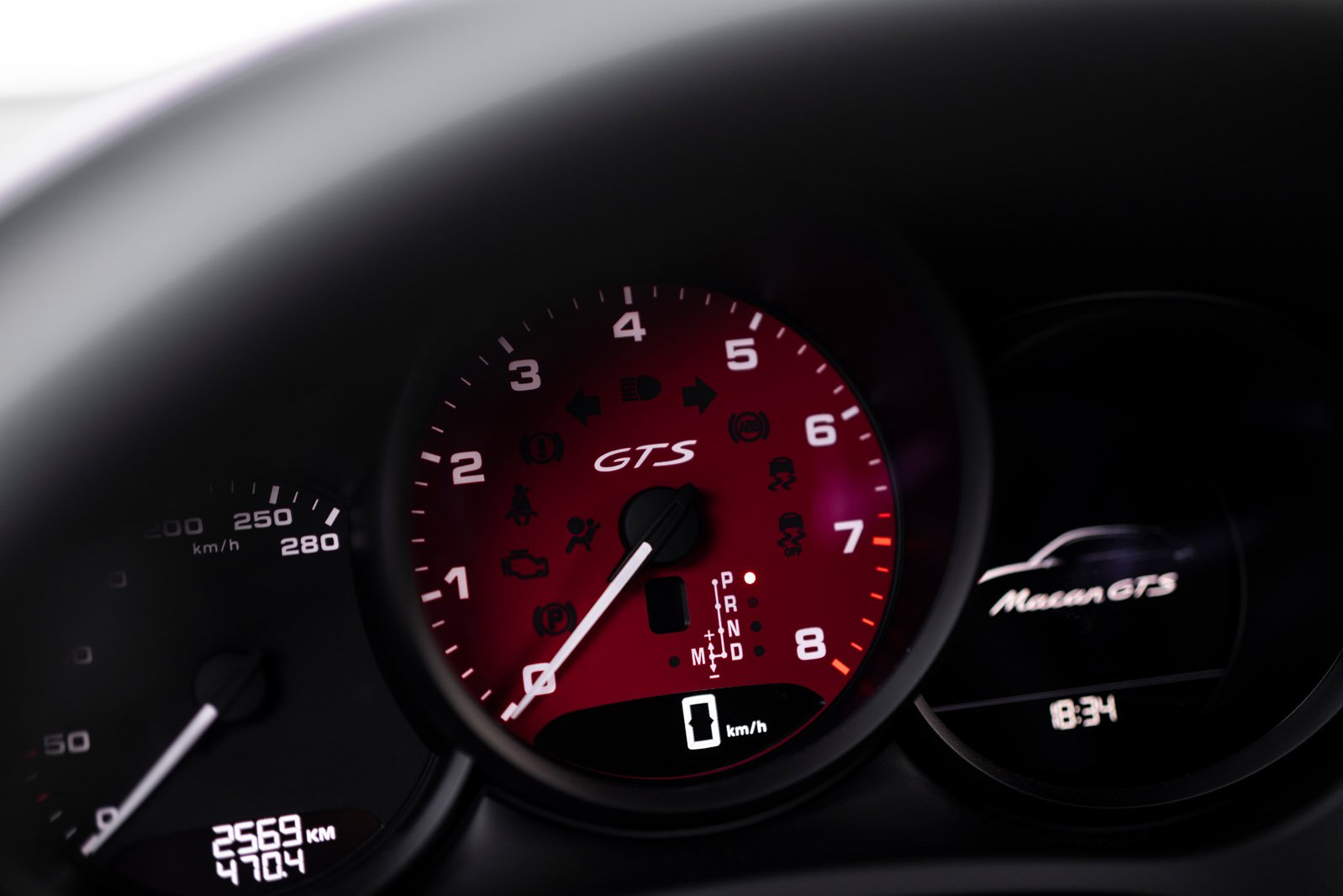 2020 Porsche Macan GTS on the road

We mentioned about the peak power and revs coming higher up the rev range, and normally that would be a negative. After all, having plenty of urge low down makes a car relaxing to drive, but you don't need to worry for two reasons: first, the GTS still has enough steam low down to carry you along quite nicely; and second, part of the fun with sporty cars is revving them out.

And boy does the GTS's 2.9-litre, twin turbo engine like to rev, during which process it positively catapults you down the road. Emphasising this is a 0-62mph time that, at 4.9sec (or 4.7sec with the optional Sports Chrono Package fitted), is on par with the BMW X3 M40i and Mercedes-AMG GLC 43.

Even if the GTS’s engine were a bit peaky, it’s in cahoots with a seven-speed, dual-clutch automatic gearbox that never leaves you floundering. In automatic mode the kickdown is crisp, and if you chose the gears manually, using the satisfyingly cast, aluminium paddles behind the steering wheel, they switch quickly. 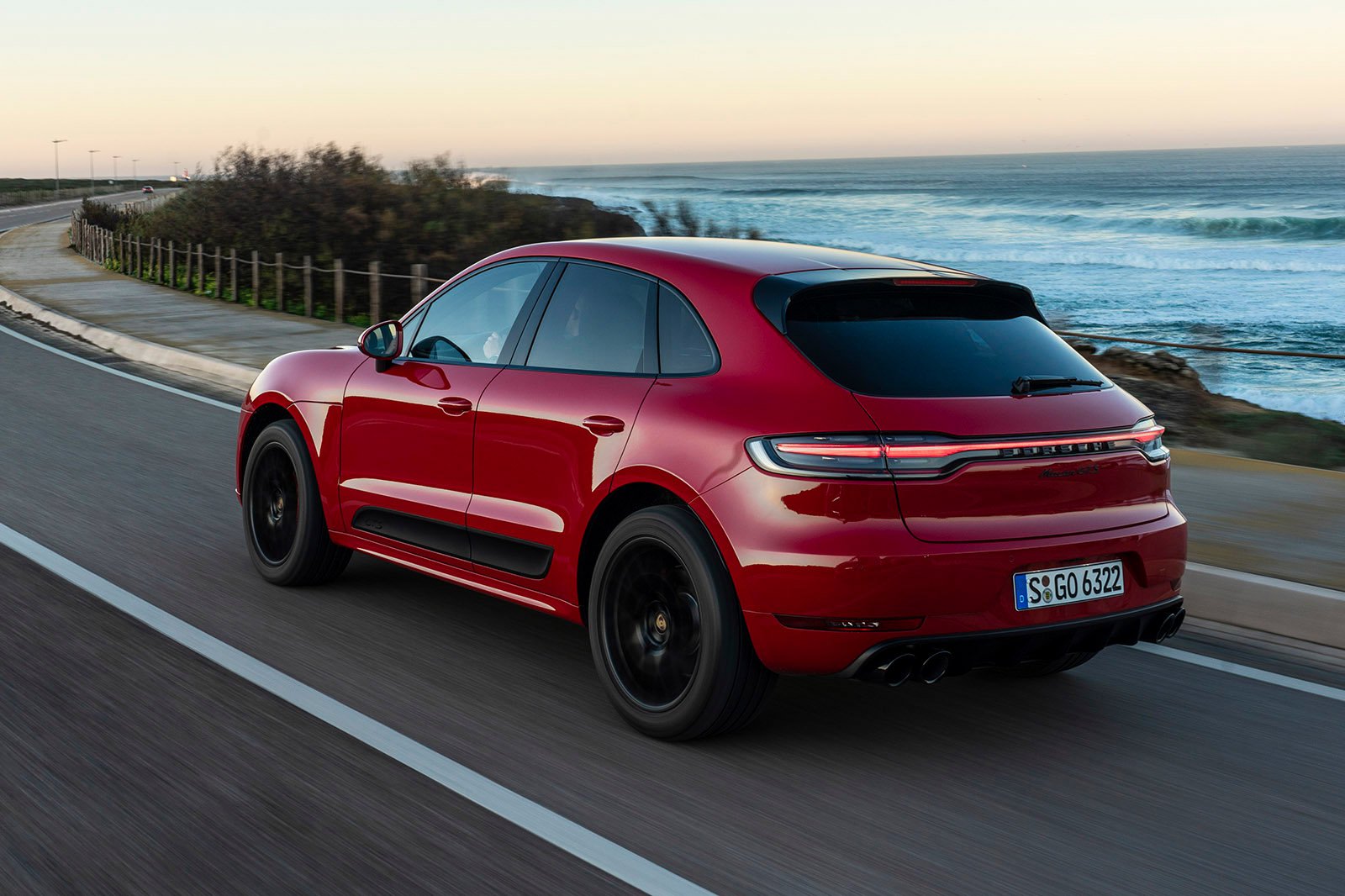 The V6’s engine note is reasonably invigorating, but might not stir your soup like more expensive options with warbling V8s. But those nearest and dearest rivals, the GLC 43 and X4 M40i, aren’t anymore tantalising toned.

Besides, Macan’s have always focused on other important aspects, such as getting the steering heft and speed spot on. In this respect the GTS works a treat, making it more pleasing to wind down a snaking stretch of road than a GLC. And while it might not feel quite as neutrally balanced through corners as an Audi SQ5, with its more playful attitude on the way out of them – as it directs the power rearwards, energising the rear wheels into a controlled slide when desired – the GTS is definitely more fun.

Considering its size and bulk, the body control (on the optional air suspension) is as good, if not better than its rivals, but there’s no denying its SUV loftiness still creates some noticeable pitch, dive and lean. That why it isn’t a sports car (sorry Porsche) and also, compared with a Macan S, it isn’t as comfortable. The stiffer suspension amplifies even relatively small pimples in the road and thumps harder over potholes.

What bumps you don’t feel you tend to hear, because there’s quite a bit of suspension noise, although road and wind noise on the motorway are diluted to a satisfying degree. 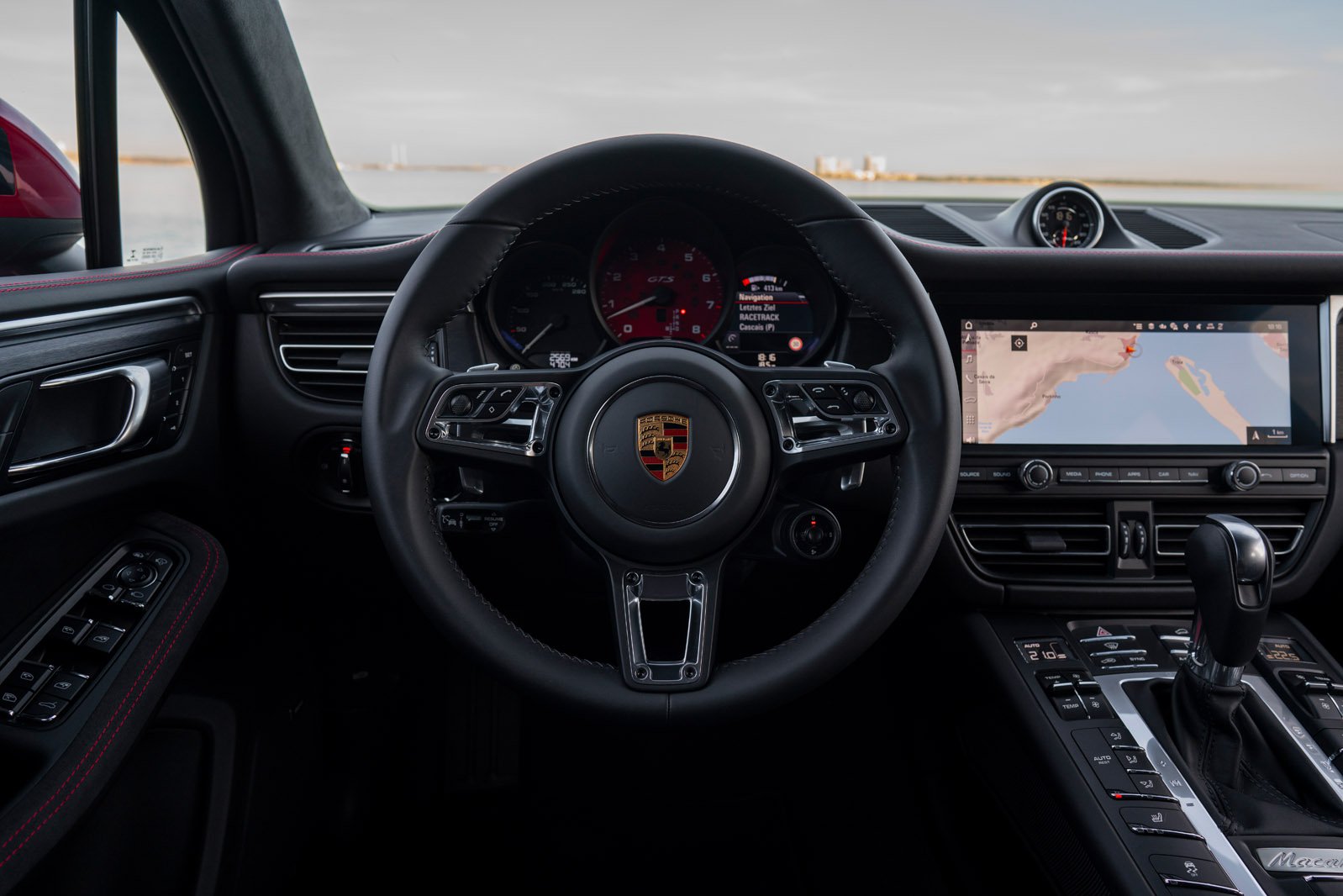 The GTS is mainly about sportier driving, but as we covered in the introduction, there are hints of its extra sass inside. Mainly, the GTS sports seats, although in the car we tried these were upgraded from eight-way, to optional 18-way adjustment, which includes adjustable side bolsters. The cushioning is comfortable for an hour sat at the wheel, but for sports seats, you feel like you’re sitting on them rather than snuggly within.

Otherwise, the driving position is pretty good, but you need to like buttons (there are many of them). You also get a well equipped, smart-looking infotainment system, although its layers of menus can be fiddly to use on the move. There are more spacious alternatives, such as the Audi SQ5 and BMW X3 M40i, but the Macan feels very nearly as beautifully finished inside. To read all about what it’s like in detail, check out our full Macan review, by clicking the link. 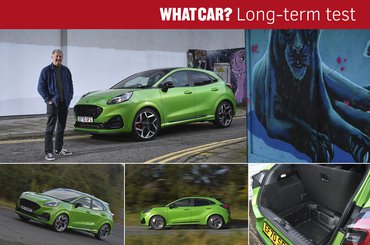 Should I ditch my diesel-engined Porsche?