Despite a downsized engine, the Porsche Macan Turbo promises even greater thrills than its predecessor. Can it deliver?...

Things used to be so much simpler in the world of Porsche. If you saw a ‘turbo’ badge nailed to the back of one of its cars, you knew immediately that its engine was literally boosted by the presence of a turbocharger, adding gobfulls of power. However, the new Porsche Macan Turbo is the latest car from the German brand to muddy the waters.

That’s because technically all Porsche Macans are turbocharged, so that hallowed badge is now more of a tag to highlight the fastest models in its range, rather than a marker as to what lies under the bonnet.

To differentiate it from other Macans, you get a ‘Turbo’ badge on the tailgate, of course, plus bigger air intakes in the front bumper and also a subtle roof spoiler. Other differences include four meaty exhaust pipes, plus bespoke 20in alloy wheels. Of course, there’s also plenty more power under the bonnet.

But with BMW getting in on the act with the recently released X3 M Competition and the continued dominance of the brilliant Alfa Romeo Stelvio Quadrifoglio, can the Macan Turbo claw its way to the top of the sports SUV class? 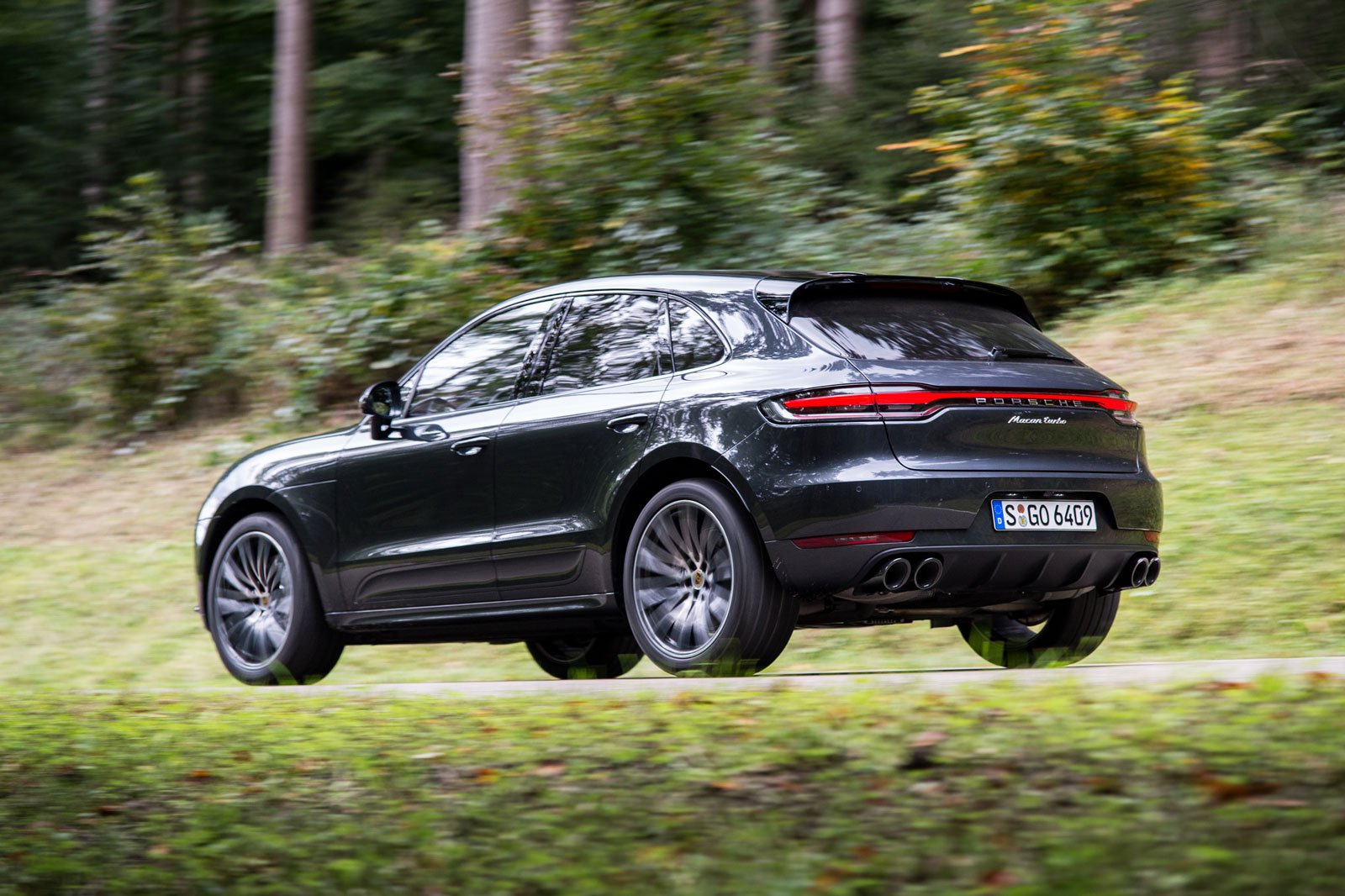 This latest Macan Turbo makes 434bhp – about the same as the previous model equipped with the optional Performance Package. However, don’t think Porsche has been lazy. The V6 engine has shrunk from 3.6 litres to just 2.9 litres – smaller than the lesser Macan S’s. That shouldn’t be an issue, though, because the 2.9 is already found under the bonnet of S versions of the Cayenne and Panamera, along with the Audi RS4.

In this application, it’s a lively engine that likes to rev, and there’s a pleasing rasp when you start chasing the red line. The sound isn’t as savage as the thunder you get from a Mercedes-AMG GLC 63, but it’s still enjoyable and just loud enough, thanks to the standard-fit performance exhaust. You can make it less loud for sneaky midnight getaways with the press of a button.

With the help of launch control, you can leap from 0-62mph in 4.5sec, but go for the optional Sport Chrono package and that time drops to 4.3sec – not quite as quick as rivals, but Porsche acceleration figures tend to be rather conservative in our experience. As for thirst, in mixed but often spirited driving we saw fuel economy of 20mpg – par for the course in this class.

The seven-speed dual-clutch automatic fitted to the Macan Turbo is responsive enough in most driving situations, but even when you press the Sport button the shifts remain impressively smooth. Should you want more aggression, the Stelvio Quadrifoglio does a better job of banging through the gears like a racing car when set to its sportiest mode. 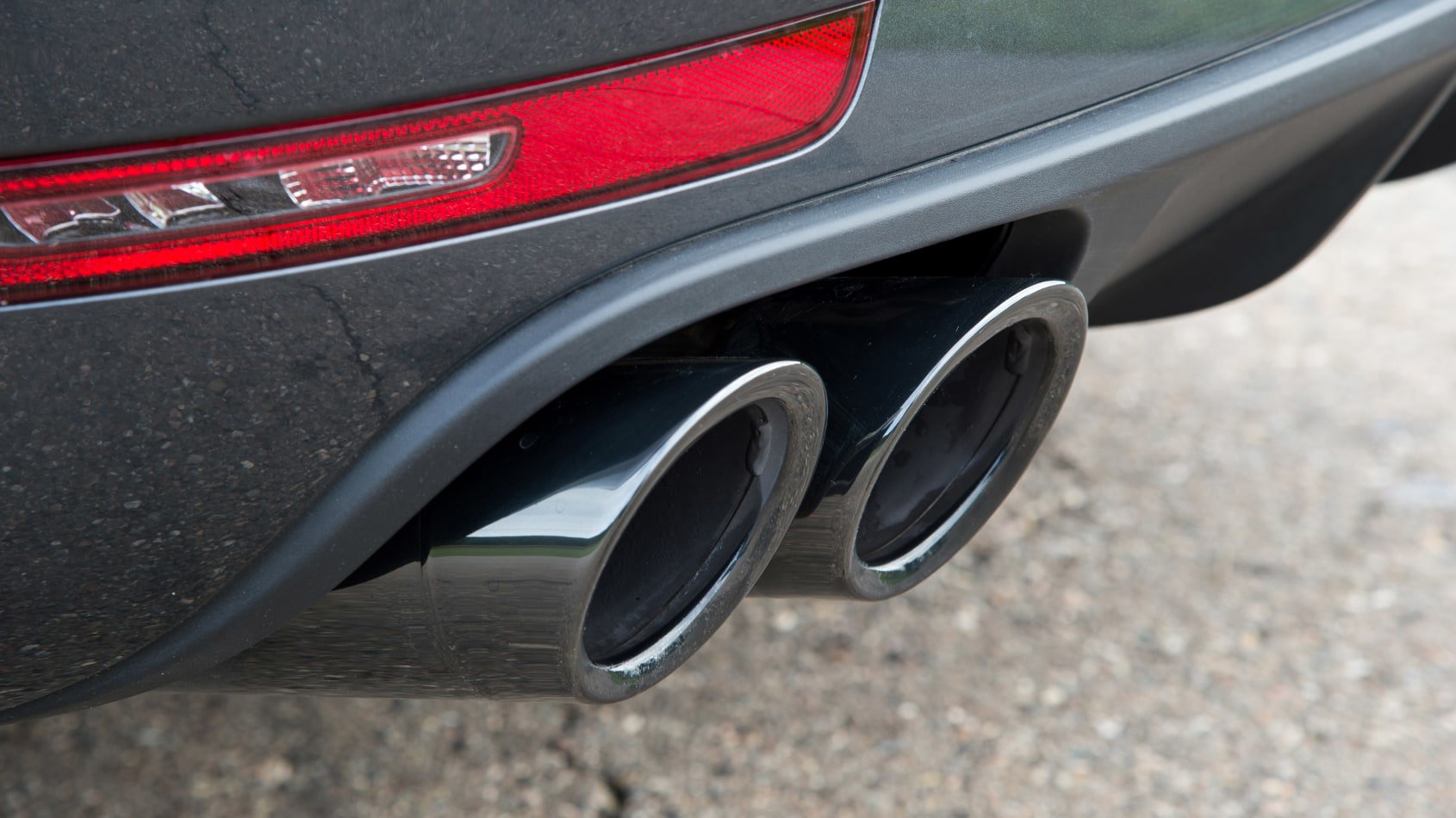 The Macan Turbo we tested was fitted with optional air suspension that does a great job of balancing ride and handling. With it in Comfort mode, you’re isolated from all but the most vicious potholes, while speed bumps are smoothed over nicely. There is still some jiggling over roads with lots of patchwork, but not to the point that it becomes bothersome. That makes the Macan Turbo far more comfy than the overly stiff X3 M.

With the air suspension set to Sport mode, the Macan Turbo transforms from a speedy long-distance cruiser to one of the most entertaining SUVs you can buy. That’s mostly to do with its sublime steering system; it’s direct, responsive and just feelsome enough to give you confidence to explore the limits.

The four-wheel drive system sends power mainly to the rear, with the front only helping out when needed. Combined with clever traction control, it allows just enough slip in its sportiest mode so that you can have a big grin on your face without worrying about launching yourself into the trees.

Once you dial down your speed, you’ll appreciate the well-contained wind noise, but the hefty standard-fit 20in wheels means there’s a fair bit of road noise over coarse surfaces. As standard, you get beefed-up brakes that you can upgrade to carbon-ceramic ones for even greater stopping power. 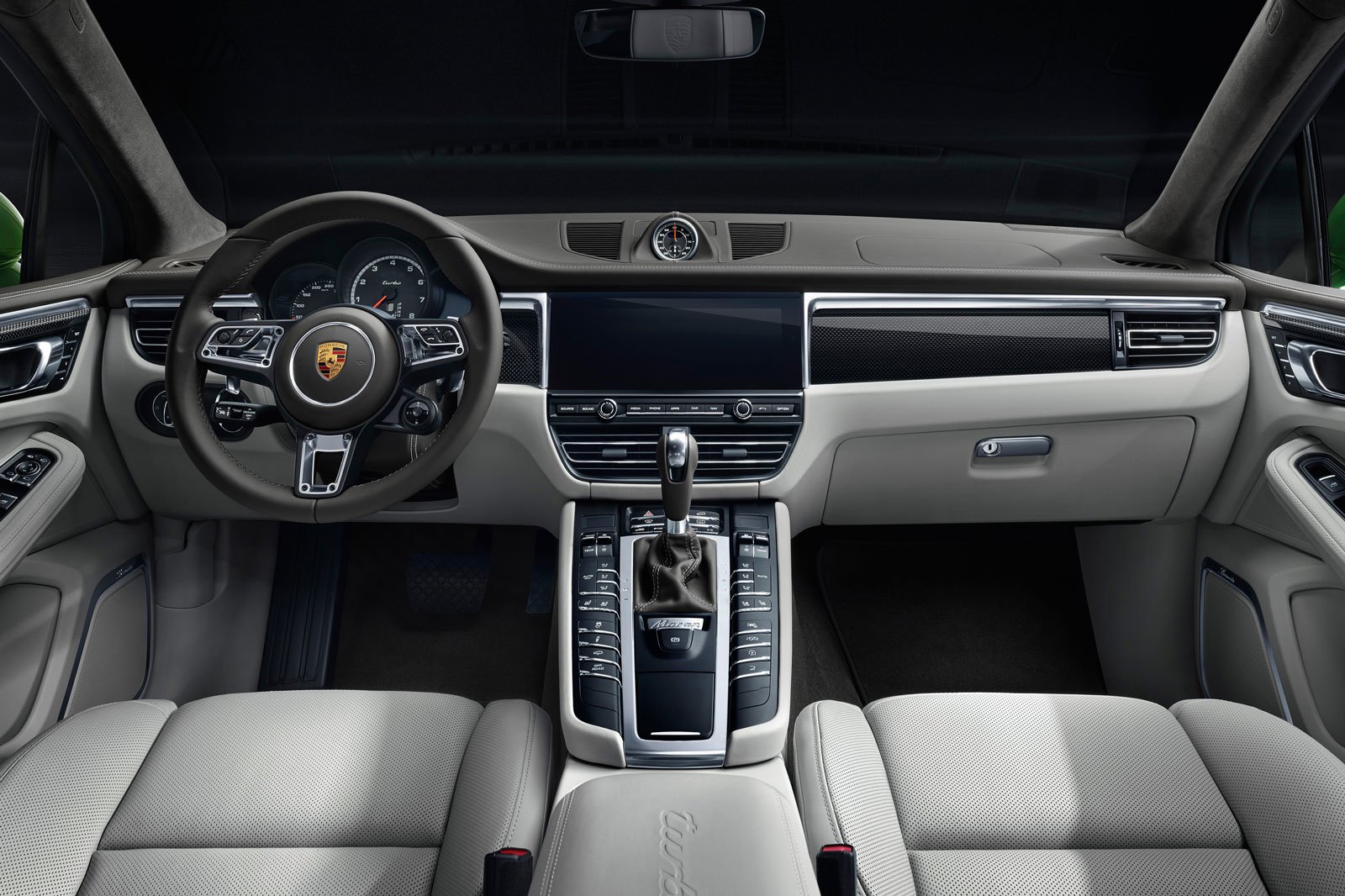 It’s easy to get comfortable in the Macan Turbo, thanks to a wide range of seat and steering wheel adjustment. To make life even easier, electric adjustment with memory for the heavily bolstered front seats is standard. Interior quality is exemplary and feels light years ahead of the Stelvio Quadrifoglio’s, if not quite as bang up to date as the X3 M, largely due to the presence of an old-school smattering of buttons around the gear selector.

There’s no difference in interior space compared with the rest of the Macan range. That means there’s plenty of space in the front, albeit with less head room than you’d get in the X3 M. Similarly, there are better options in the sports SUV class if you’ve got a couple of six-footers you’ll regularly need to cram in the back.

The boot also remains unchanged, meaning it’s big enough for day-to-day family needs but isn’t exactly huge. Should you want more detail on space, practicality and all that other sensible stuff, head on over to our main Porsche Macan review. Or to see how much you could save on a Macan without any haggling, check out our New Car Buying service.