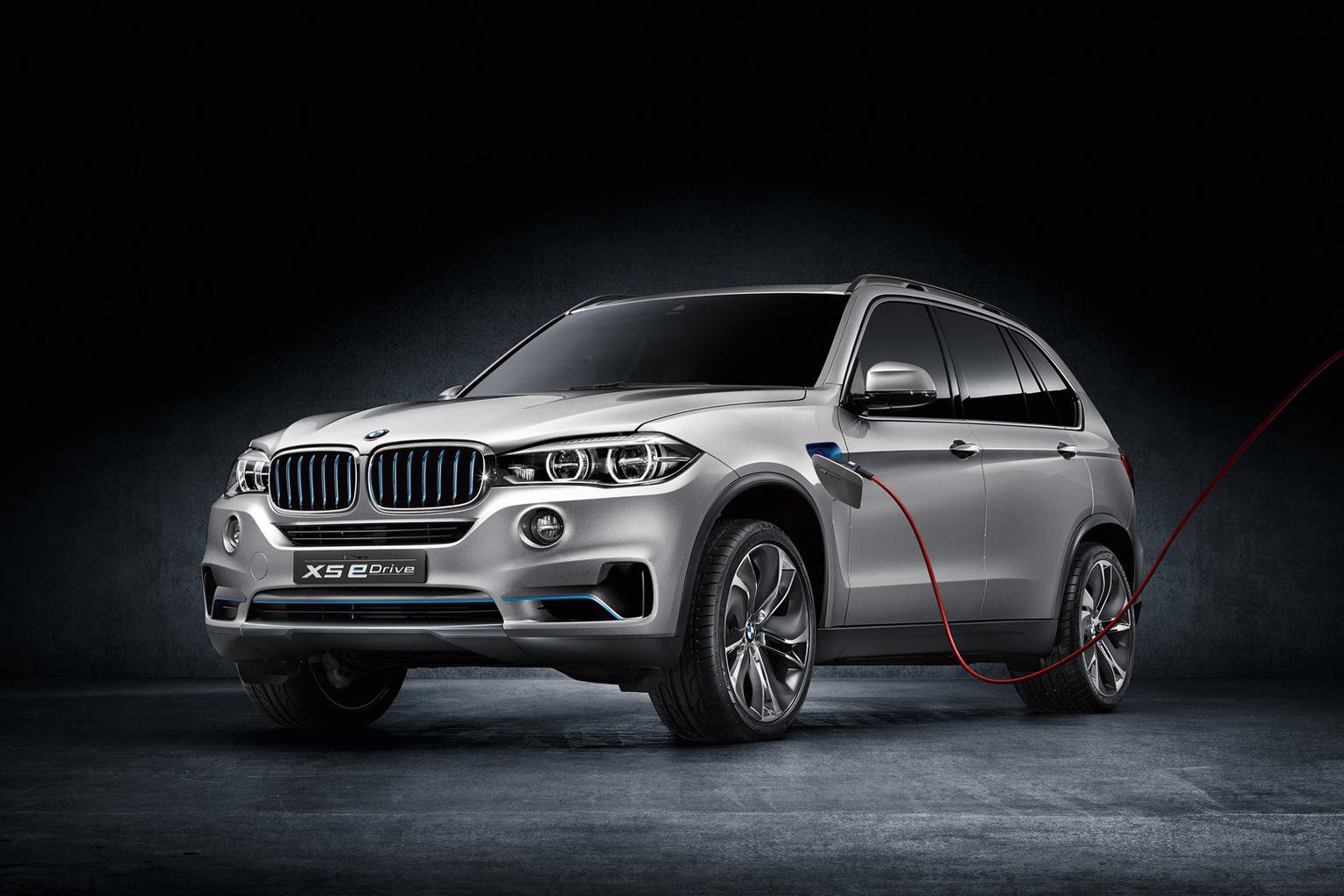 The BMW X5 eDrive plug-in hybrid concept is set to make its debut at the Frankfurt motor show.

The eDrive pairs a 94bhp electric motor with a four-cylinder, twin-turbo engine, thought to be a petrol unit. In electric-only mode, the X5 can reach 75mph and can travel for 19 miles.

The concept has three drivetrain programmes: an intelligent hybrid mode, pure electric, or a battery saving mode to maintain charge to be used when desired.

When the two power sources are working together, BMW claims the X5 will average 74.3mpg and emits less than 90g/km of CO2, and will be able to get to 62mph in just under seven seconds.

The eDrive can be recharged from a domestic socket, a home wall box or a public charging post, but charging times haven't been confirmed.

Owners can see the state of their eDrive's charge via a smartphone app, which can also be used to set the cabin temperature before the car is unlocked.

Visually, the eDrive is differentiated from the rest of the X5 range by blue slats in the grille, air intake bars and the inlay in the rear bumper - the same colour BMW developed for its i brand. the X5 eDrive also gets specially designed roof rails and 21-inch alloy wheels.

There are no plans to put the X5 eDrive into production, but BMW has not yet ruled it out for the future.

Good economy and fun to drive, but diesels can be gruff