Needs to Achieve diesel-challenging economy; have an interior and driving experience that make you feel special; be practical enough for a family of four

Last Monday, I went to pick up my Mazda 3 from our office, where it had been for a few days while I tested a new model in order to write a first drive (more on that later).

Upon starting it up, a dashboard warning light appeared. It was an exclamation mark inside an orange triangle – not one that I recognised. So, I pulled the handbook out from the glovebox to check; turns out it’s the master warning indication, which displays if “the system has a malfunction”. Hmm, which system would that be? “Check the reason for the indication displaying on the centre display or multi-information display.”

I followed these instructions, only for the screen to read: “Vehicle system malfunction. Have the vehicle inspected by an expert retailer.” Not much help, then. It was driveable, but I thought it wiser to stick in the other car and book the 3 in with my local Mazda dealer the next day. That night, the government announced we all had to stay at home for three weeks to help stop the spread of the coronavirus. Ah. 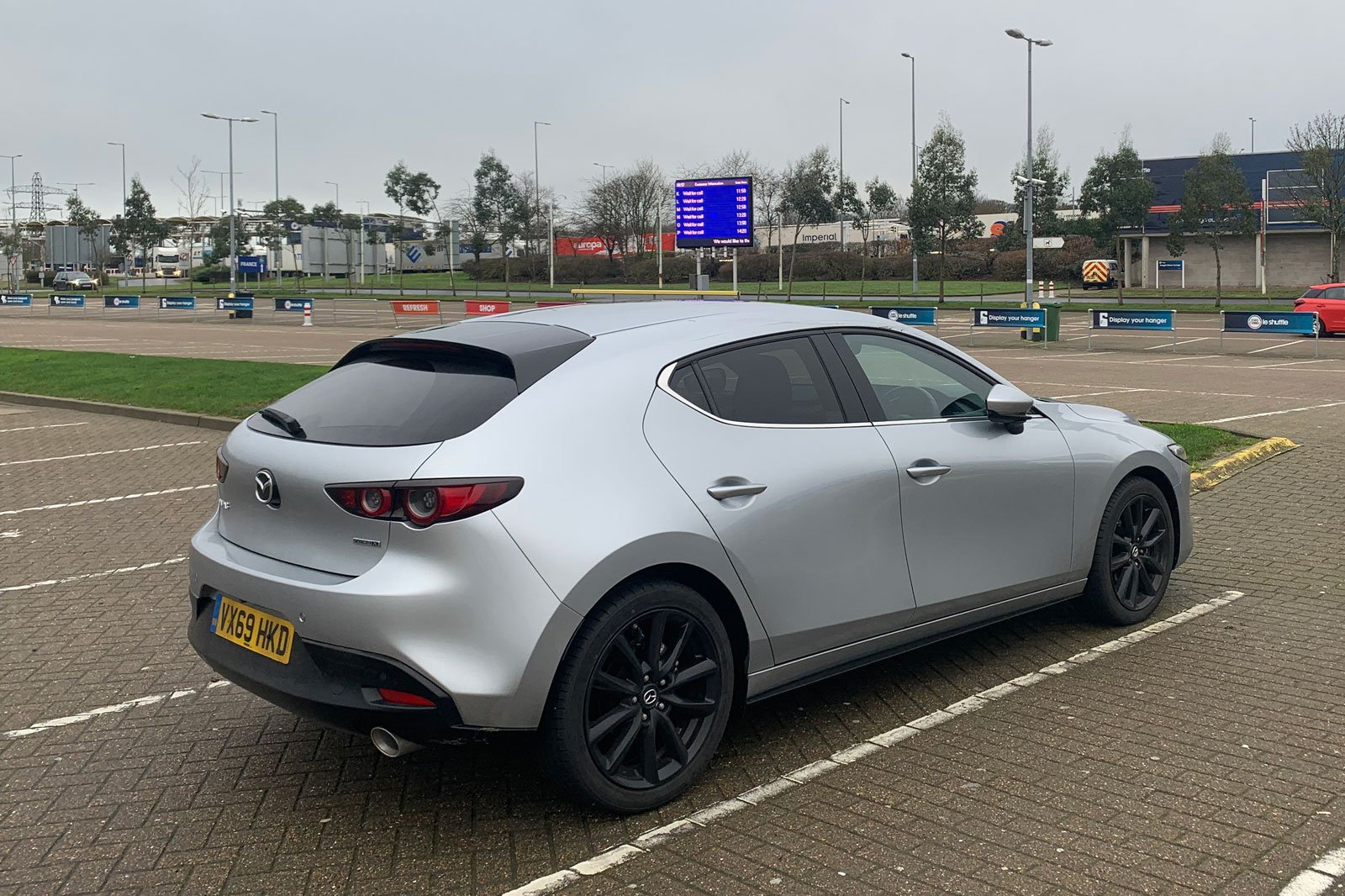 So, while my 3 is stranded, I thought I would dissect its fuel economy. I have had two examples of the exact same 2.0-litre Skyactiv-X petrol model, and both have average between 42 and 48mpg, with the lowest being 35.2 (not really sure what happened there) and the best just shy of 50mpg.

That’s surprisingly close to its official 48.7mpg, but I must admit that I still feel somewhat let down. Primarily that’s because the Skyactiv-X, with its clever fuel-burning technique and mild-hybrid assistance, was promised by Mazda to achieve “diesel-like economy”.

However, there are diesels around that won’t manage that much, and I must admit that I would take the slightly lesser efficiency of this engine over the turbocharged units that almost every other manufacturer employs in order to boost economy. 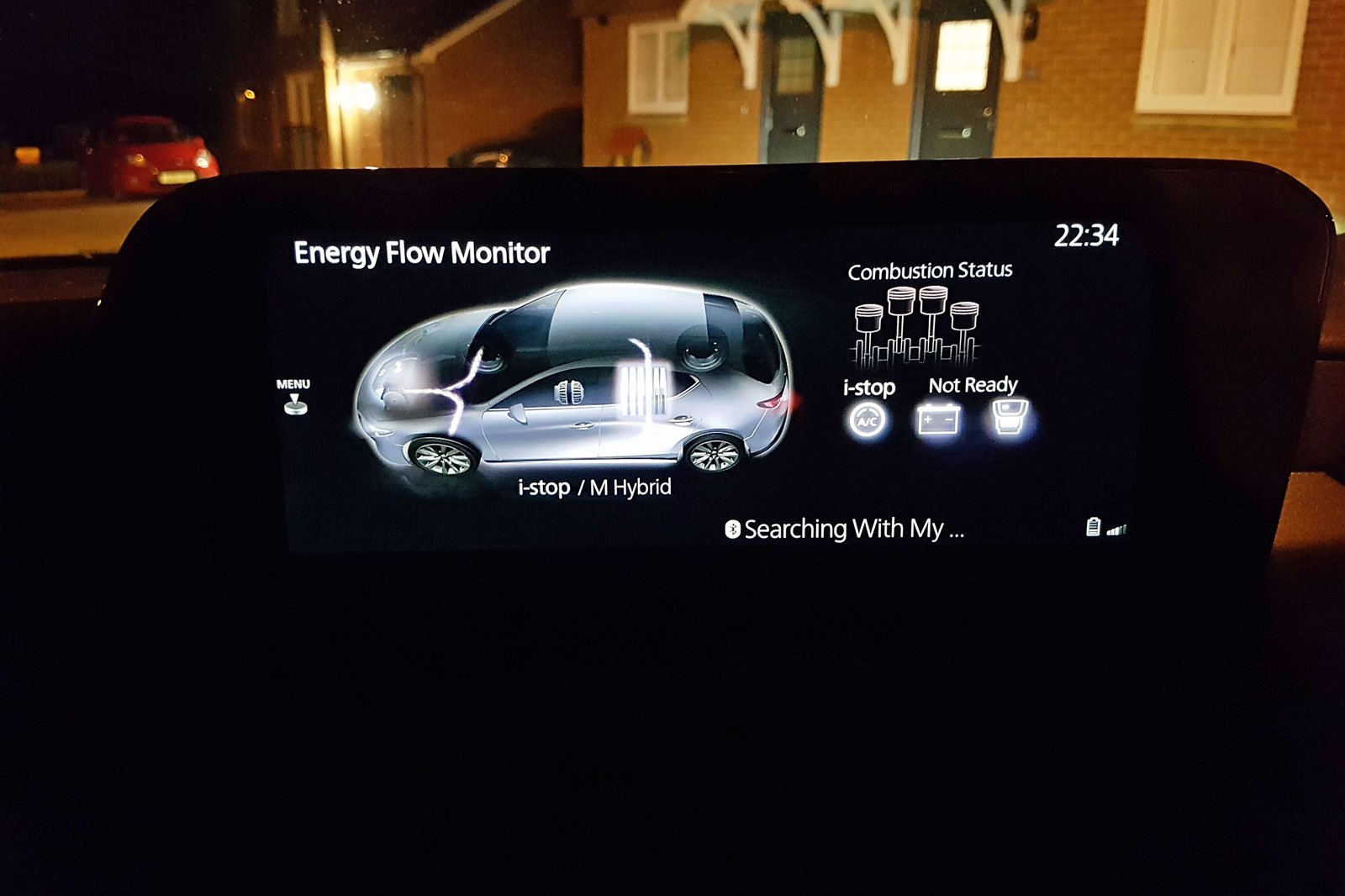 I previously ran a Skoda Scala, also a family hatchback, whose three-cylinder turbo engine averaged 50.3mpg, but I simply find the Mazda’s insatiable appetite for revs – ie it doesn’t deliver all of its might in a rush at lower speeds because it’s not turbocharged – so much more appealing.

Perhaps its mild hybrid system could be brought more to the fore in order to boost the figures. The battery does indeed harvest electricity as you slow down to a halt, for example for a red light, and when you shift up a gear, but I’m only sure of this thanks to the interesting ‘vehicle information’ display; in the new mild-hybrid Suzuki SX4 S-Cross I’m testing, there’s a discernible slowing sensation, like exaggerated engine braking, when you lift off in first or second, which to me suggests greater utilisation of the new-fangled electrical bits.

Read more about our long-term Mazda 3 >>