Vauxhall has added a new small SUV, the Crossland X, to its range. Is it better than the freshly updated Renault Captur and class-leading Suzuki Vitara?... 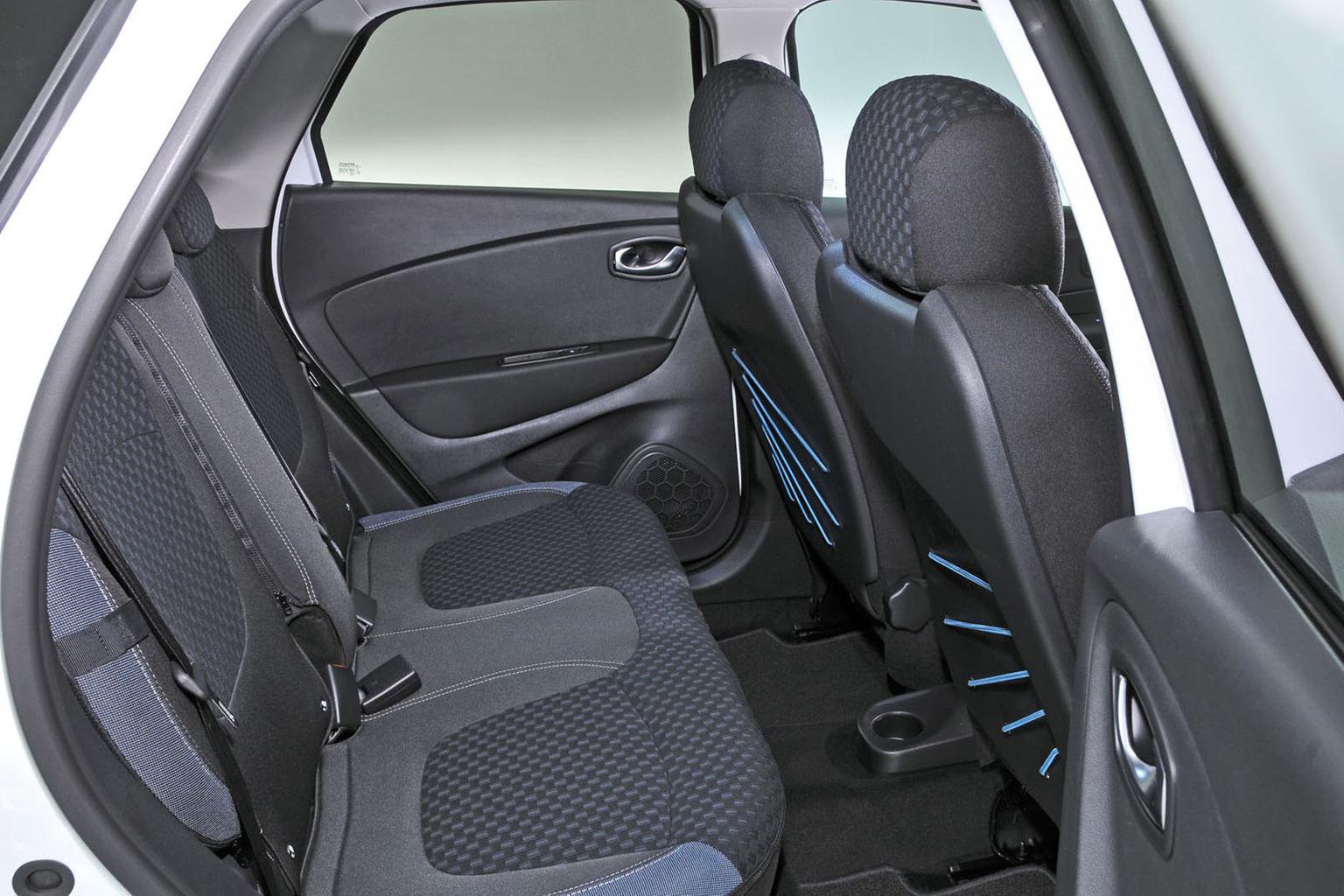 Although our protagonists aren’t much longer than your average small hatchback, they’re all deceptively spacious. The Captur has the most front head room, but only by 5mm over the Crossland X. When you consider that the Crossland X’s front seat slides back the farthest, it’s the most accommodating for tall drivers, although you’d have to be a giant to notice the extra leg room.

The Crossland X also scores with big cupholders and a huge cubby underneath the heater controls that can swallow a phone, keys and wallet. There’s further storage under the central armrest, although the door bins aren’t the biggest. 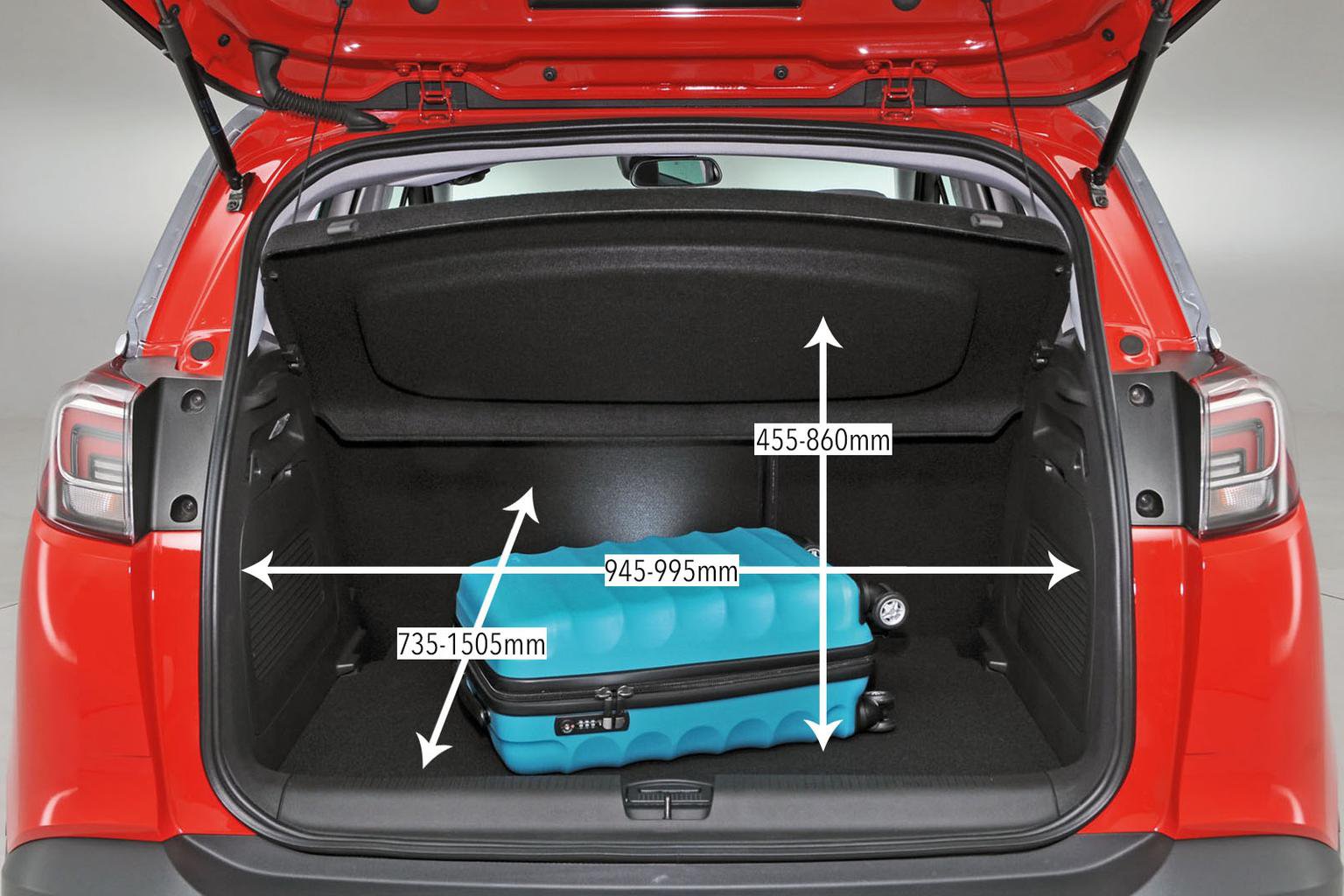 The Vitara has more door pocket storage, but it can’t beat the Crossland X for cubbyholes. However, it still finishes ahead of the Captur, which has cupholders that are just too small for some bottles and travel mugs.

The gold star for rear seat space goes to the Vitara, which has the most leg room and is the widest. The Crossland X has the most rear head room, but taller individuals might find their knees jammed up against the seatbacks. The Captur has the least leg and head room, although it does come with a sliding rear bench.

None of the three cars has particularly big rear door pockets, although the Vitara’s are spacious enough to swallow a large drinks bottle. 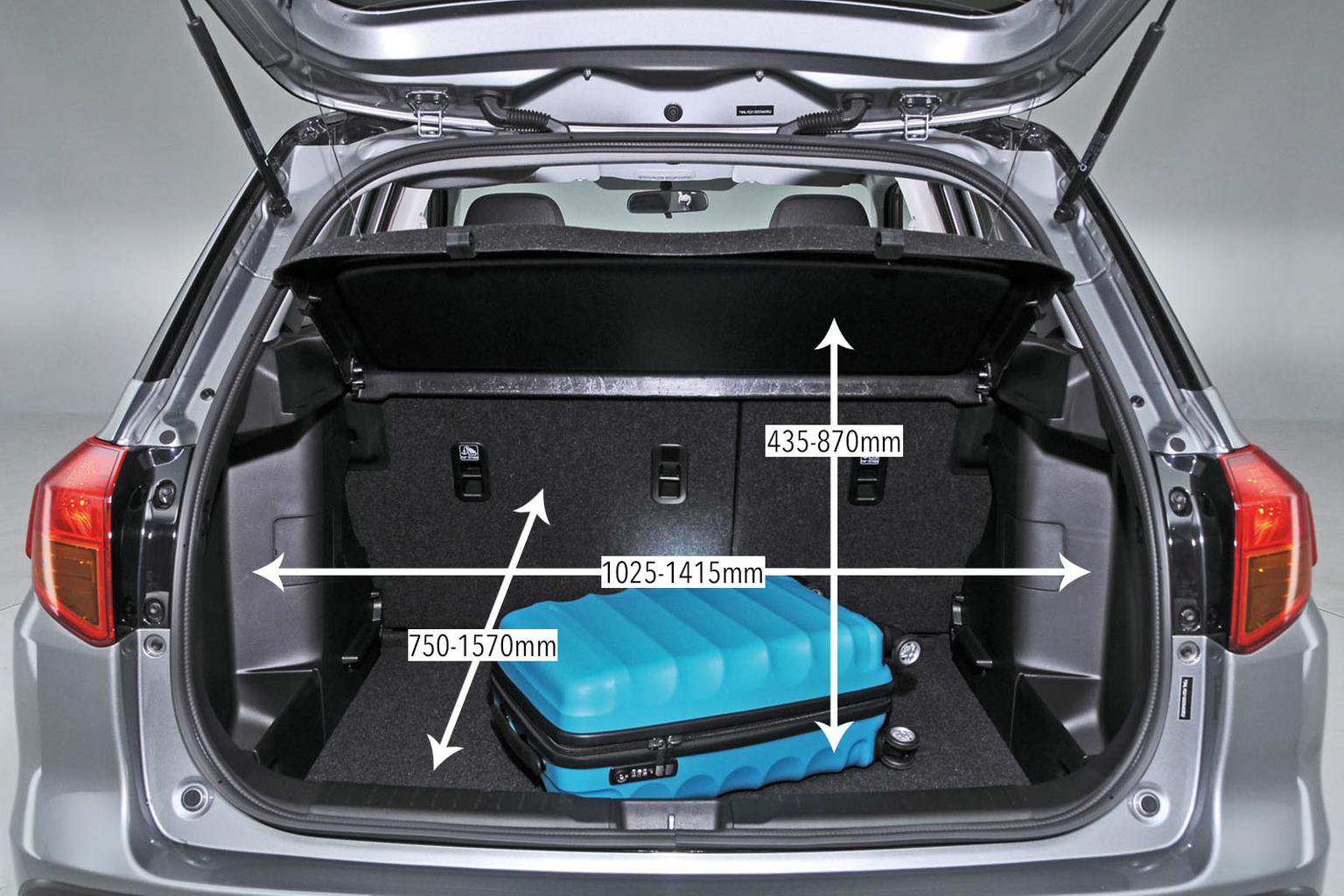 As for boot space, all three get a thumbs up for having variable height boot floors as standard. All have 60/40 split-folding rear seats as standard, too, although the Crossland X’s Versatility Pack (£300) gives you a more practical 40/20/40 split.

The Crossland X swallowed six carry-on suitcases, compared with five in the others. That said, the Vitara has the widest maximum boot width, making it well suited to pushchairs. 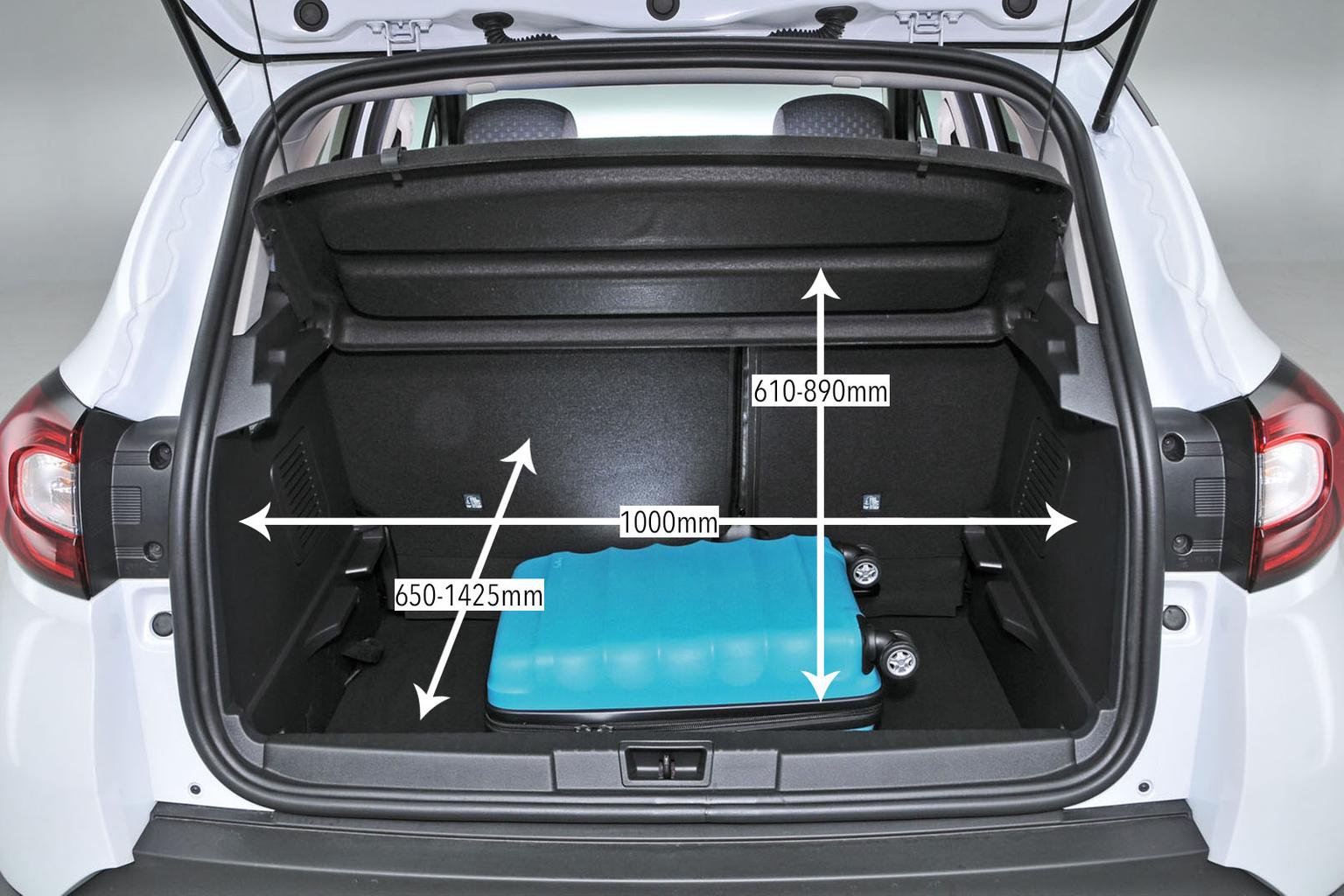 Factor in underfloor storage and the Captur’s boot is not too far off other small SUVs’. There’s a standard variable-height boot ¬floor and it is the only car here to get a sliding bench as standard 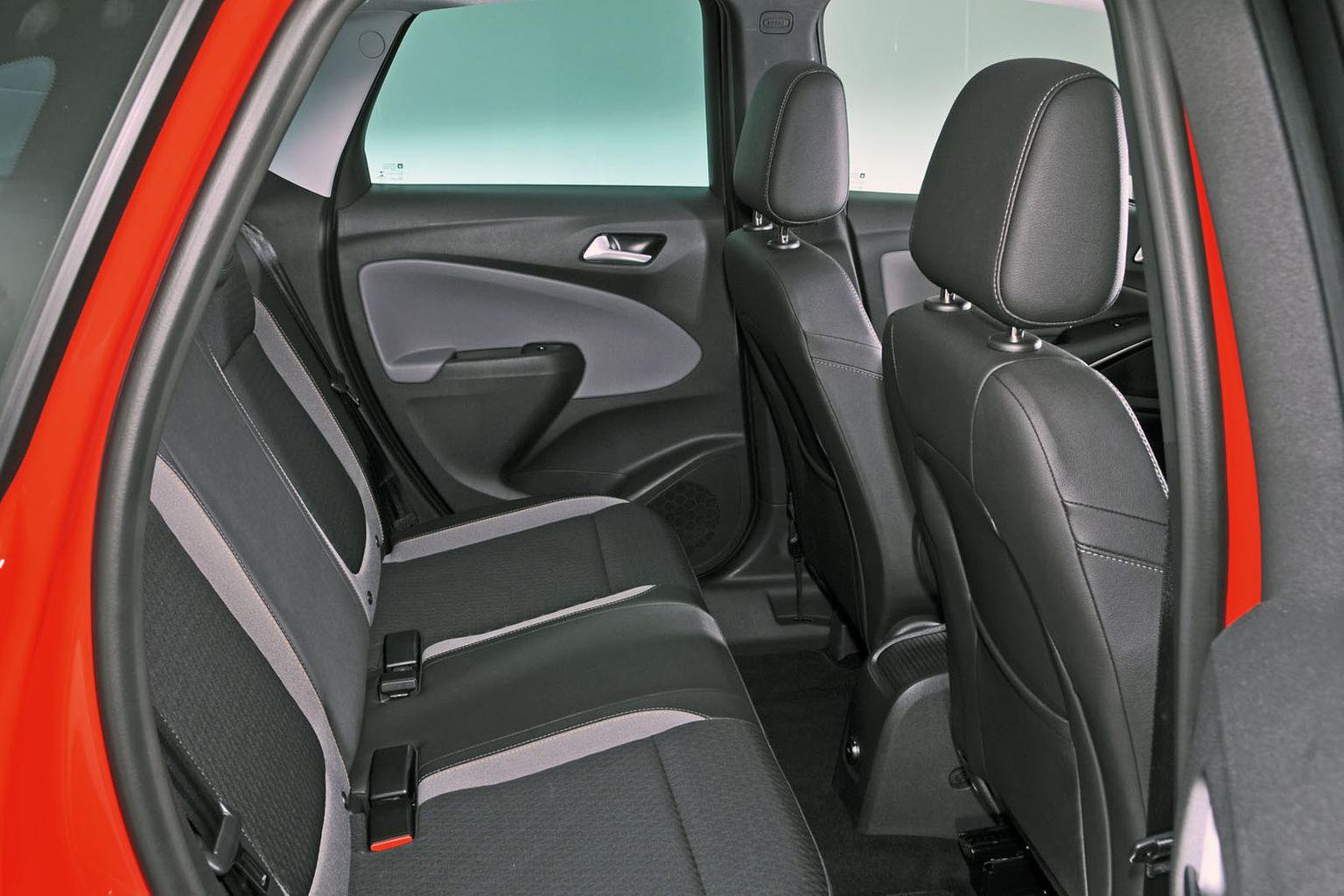 The Vitara’s boot may not be as square as the other two cars’, but you gain useful cubbies in the floor that will stop things from rolling around. A variable-height boot floor is standard 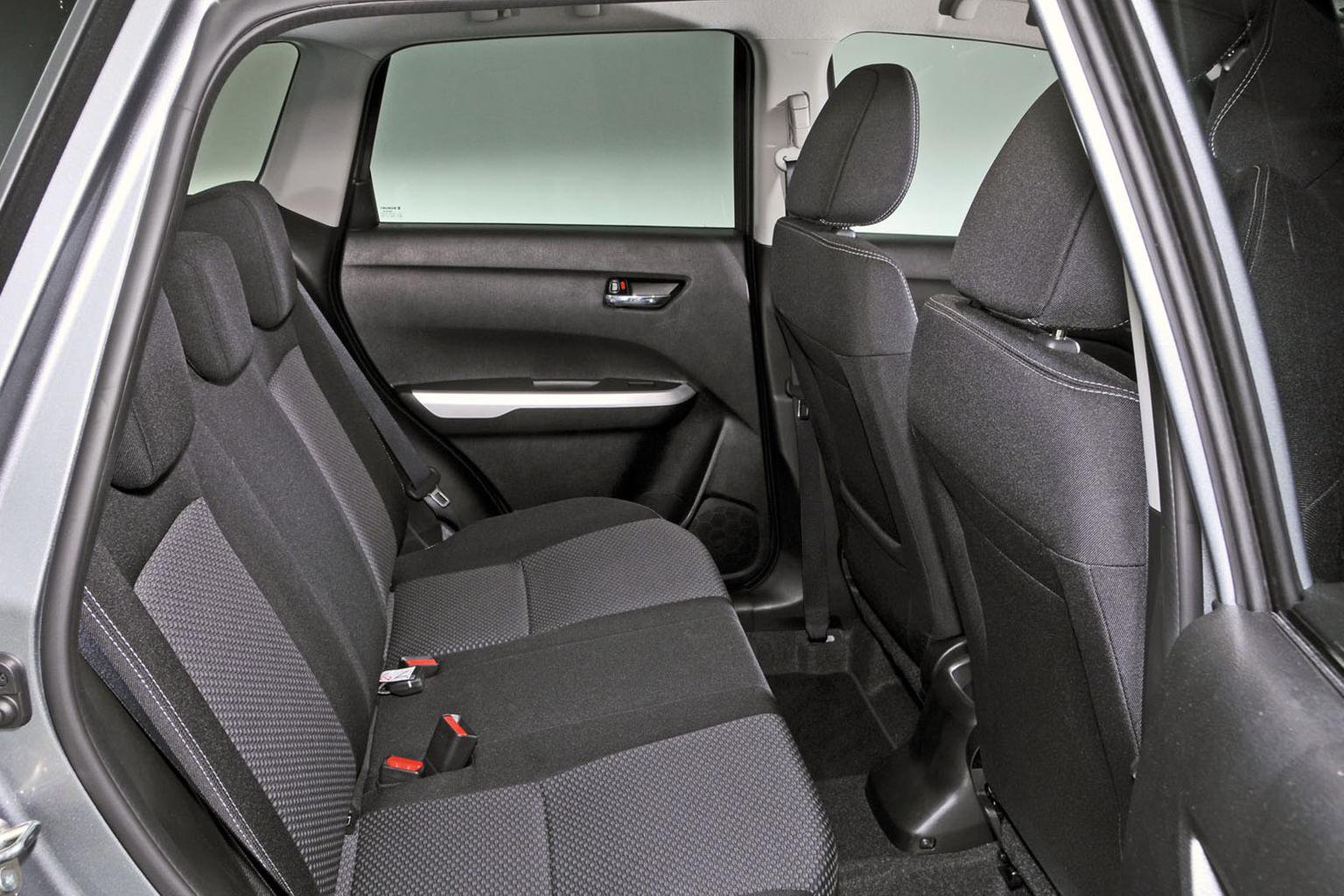 The Crossland X gets a variable-height boot floor as standard and a 60/40 split bench. A 40/20/40 split folding, reclining and sliding rear bench is optional (£300) but wasn’t fitted to our test car