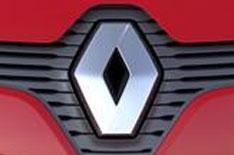 The Renault 5 could soon return to showrooms as the car maker considers a plan to reprise its classic supermini.

The new 5 would fit between the Twingo and next-generation Clio, which is due to arrive at the end of 2012. It would be the lynchpin of a radical shake up for the entire Renault range, which will be completely overhauled by 2016, a highly placed Renault source told What Car?.

'Bringing back the Renault 5 would mean more than just doing another Twingo,' said the source.

'It would have to provide the same revolution that the original car did in 1972 in terms of technology and styling.'

An all-new Renault 5 would not be a retro model in the vein of the Fiat 500, but a model in the spirit of the original 5.

The Laguna will be replaced and is likely come to the UK, despite the current car being taken off sale here because of poor sales. Renault is set to introduce a raft of new models, entering new sectors that the company currently doesn't compete in.

Renault's move to increase its image and popularity won't mean coming up with rivals for Citroen's DS models, however.

'We don't want a DS-style range because Citroen has already gone in that direction and we think we can get our image back without doing that,' said the Renault insider.

The fourth-generation Clio, due to be revealed in July, is the start of a 'revolution' for Renault.

'It epitomises exactly what a French car should be,' said the source. 'It will over-deliver on design and deliver strongly on innovation.'

Mazda 5 won't be replaced - save thousands on final cars