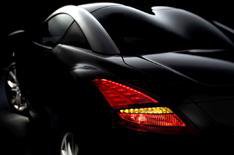 Peugeot's Audi TT-rivalling RCZ coupe will go on sale in 2010.

The sporty 308 RC Z concept car was first shown at the Frankfurt motor show in September 2007 and the production version will be unveiled at this year's event.

Our picture reveals that little has changed in the transformation from concept car to production vehicle. There's the same distinctive metallic roof pillars and sculpted roof panel, and minor changes only to the bumpers and lights.

It has four seats, but Peugeot calls the RCZ a 2+2, so expect rear space to be limited.

A strong identity
'Ambitious targets were set in terms of driving dynamics and build quality,' according to Peugeot, 'in order to give the car its own strong identity.'

That's true of the name, too, which departs from Peugeot's usual numbering system.

Technical details and prices haven't been announced, but you can expect Peugeot's latest turbocharged engines and prices to start at around £20,000.