Although it can't match the comfort offered by the remarkably smooth-riding Honda Civic Type R, the Leon Cupra is perfectly acceptable for everyday use; especially when compared to the stiff-riding Renault Megane RS. Even with the huge 19in wheels the Leon Cupra wears as standard, the standard adaptive suspension takes enough of the sting out of most road scars when set in its softest mode. There's still a brittleness to the ride on really lumpy roads, though, which increases if you flick the suspension into its firmer Sport or Cupra modes.

The hatchback’s engine produces 286bhp, which sounds like plenty but is less than those of the Golf R and Civic Type R. It still feels effortlessly muscular across the rev range, and officially takes you from 0-62mph in 6.0sec dead, but it doesn’t sound as exciting as the Renault Megane RS's. And while it has a limited-slip differential to help put its power down, this doesn’t work nearly as effectively as either the Civic Type R’s limited-slip diff or the Golf R’s four-wheel drive system. So, when you’re accelerating hard out of corners (especially in the wet) the Cupra spins its driven front wheels far more readily.

This is not the case with the estate version, though. As well as an extra 10bhp, the Leon Cupra Estate also gains standard four-wheel drive, and the extra traction it provides off the line will really pin you back into your seat as you’re launched to 62mph in just 4.9sec. That added traction also makes a big difference in slippery conditions.

There’s no manual gearbox, which is a shame because a manual in a hot hatch – as the Civic Type R and Megane RS amply demonstrate – adds to the fun. However, for those planning to commute regularly, the Leon Cupra’s seven-speed auto ’box shifts gears promptly and rarely leaves you waiting for that extra burst of pace when going for a country lane overtake. In any case, you have paddles behind the steering wheel so you can take control.

Unfortunately, the Leon isn't as capable through corners as most of its rivals. While that’s true most notably against the stunningly good Civic Type R, the Megane RS, Ford Focus ST and even the cheaper Hyundai i30 N have the upper hand, too. The Leon simply can't match the tenacious grip of the Civic or the playfulness of the Megane, and the four-wheel-drive estate model's extra traction doesn't make it any more fun.

The steering is consistent, but it never offers quite the precision of the Civic Type R's. At least the brakes are up to the job, stopping the Leon Cupra very effectively and with a reassuringly progressive brake pedal. 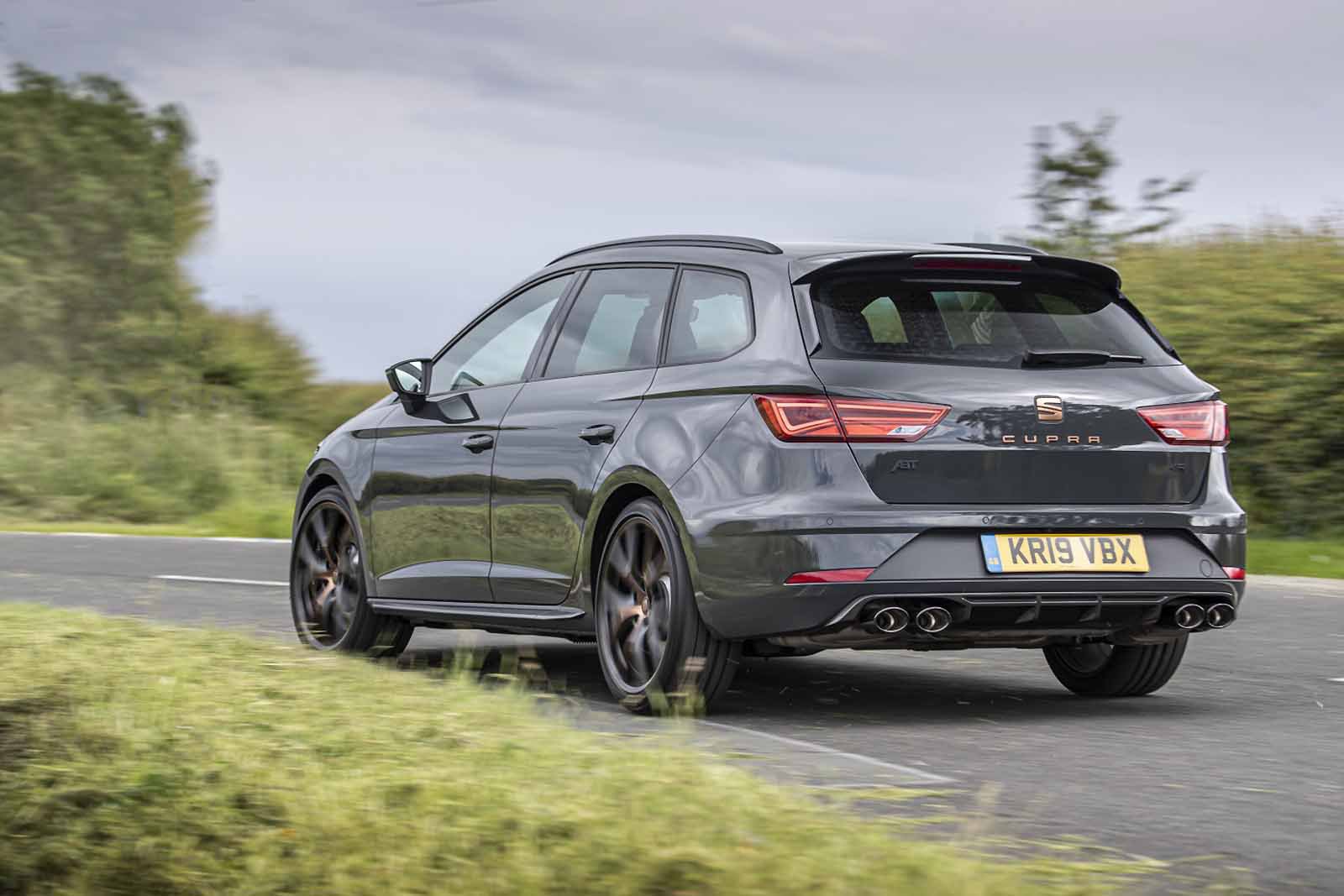 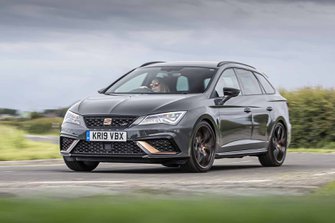