The all-wheel drive Across is powered by a 173bhp 2.5-litre four-cylinder petrol engine and two electric motors. The electric motor on the front axle produces 180bhp, while that of the rear axle makes 54bhp. This gives the car a combined output of 302bhp: enough for a 0-62mph time of just 6.0sec and a top speed of 112mph.

However, if you don’t engage the fully electric mode, putting your foot down in the Across has its petrol engine immediately revving hard, the revs staying high as you build up speed and only subsiding when you ease off with your right foot. This is because it uses a CVT automatic gearbox, and these have a single, variable gear rather than changing through several ratios. So, because the engine sounds rather coarse at high revs, and you feel a fair bit of vibration through the soles of your feet on the pedals, you may not be quite so tempted to use all that power all that often.

It’s a different matter if you put the car in EV mode, though. It’s one of four different driving modes available, and sets the car to use electric power only – if there is sufficient charge in the battery. In this mode, acceleration is is accompanied only by the whirring of the electric motors as a soundtrack and there’s no grating petrol engine noise. There’s also an ‘automatic’ drive mode in which the car decides when electric or petrol power are most appropriate. Usually this will mean electric power for stop-start traffic and a combination of both power sources at higher speeds. Finally, Battery Charger mode uses the petrol engine exclusively and helps to top up the battery. It can even return it to a full charge, which is useful if you are unable to stop and plug the car in to a charger.

Suzuki claims the Across can travel for 46 miles on electricity alone with a fully-charged battery, and that it can reach 84mph without calling on the petrol engine for help. This impressive electric range is a real positive for the car, beating the 40 miles promised by the DS 7 Crossback E-Tense and the 35 miles of the Ford Kuga PHEV. It’s also worth noting that the rival Honda CR-V is a hybrid that you can’t plug in, so has a much smaller battery and isn’t capable of travelling for long distances on pure electric power alone.

But whether you’re travelling on electric or petrol power, ride comfort isn’t the Across’ strongest suit. The suspension is rather firm so the Across thuds over potholes and motorway expansion joints; it’s certainly not back-breakingly uncomfortable, but it never feels particularly settled and you’ll find it twitches as you drive along all but the smoothest of Tarmac surfaces.

And even though this is a quick car, you won’t find much enjoyment from driving it quickly because its handling is fairly ordinary. The Mazda CX-5 is living proof that large SUVs can be relatively good fun to drive, but the Across never feels particularly willing to change direction quickly, its substantial weight causing it to lean into corners. Its light steering may be helpful when parking at low speeds, but does little to inspire driver confidence on the open road. It also doesn't have a great deal of grip compared with rivals, either, running wide when pushing on at faster speeds, even with the added traction of four-wheel drive.

Admittedly, hybrid models rarely handle as tidily as pure petrol and diesel cars, because of the extra weight of their batteries and electric motors. However, the Honda CR-V hybrid feels more stable through tight twists and turns and has more weight in its steering. 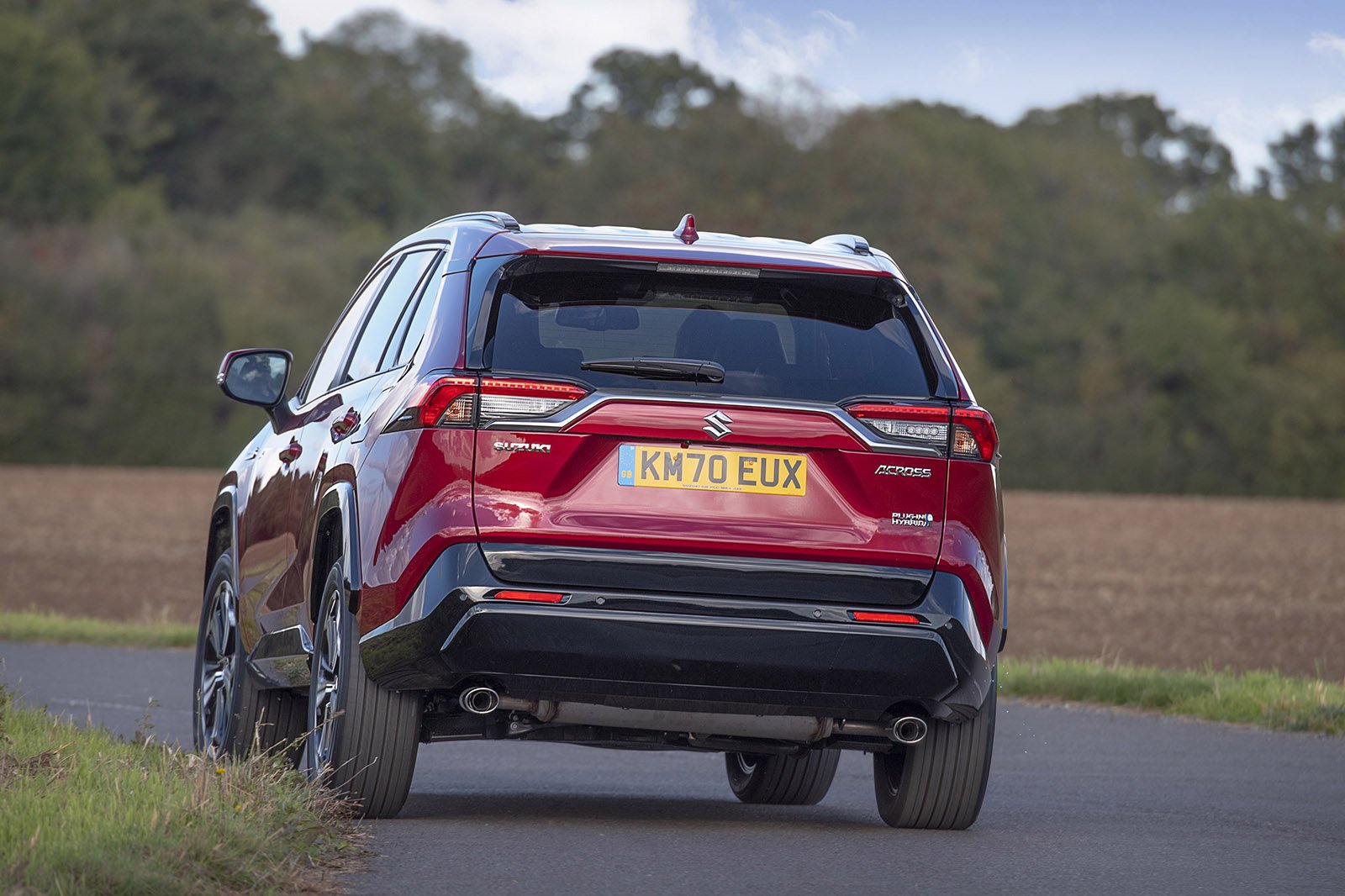