Front leg and head room are fine but, if you’re really long in the leg or body, you might want to try the Honda CR-V, which is slightly more spacious overall. The Across' interior is broad – broader than that of the Land Rover Discovery Sport, in fact – and you won’t feel your passenger encroaching on your personal space.

There’s lots of interior storage, too, including a reasonable-sized cubby under the front armrest, decent-sized door bins and a couple of cupholders and trays in the dashboard, for items such as keys or a mobile phone.

The Across is a big car and adults will find the rear seats comfortable. True, the limo-like CR-V is even more accommodating, but the Across offers a similar amount of leg and headroom to the Discovery Sport and Ford Kuga PHEV, and is bigger than the Mazda CX-5. The rear seats in the Across recline, but they don’t slide like some other rivals’ do. It’s also worth bearing in mind that, unlike other large SUVs like the Hyundai Santa Fe and Peugeot 5008, there’s no seven-seat option in the Across. If you want a plug-in hybrid with seven seats, you’ll need to up your budget and look at the Volvo XC90 T8.

The Across’ boot sacrifices a fairly substantial 100 litres of capacity compared to the non plug-in hybrid Toyota RAV4 that it’s so similar to, but there’s no loading lip at the entry and its big aperture should help when loading bulky items. You’ll still be able to easily fit eight carry-on sized suitcases in below its tonneau cover with the rear seats in place. That’s the same as you’ll fit in the CX-5, but one less than the CR-V will manage. Fold down the rear seats and you get an enormous load bay. 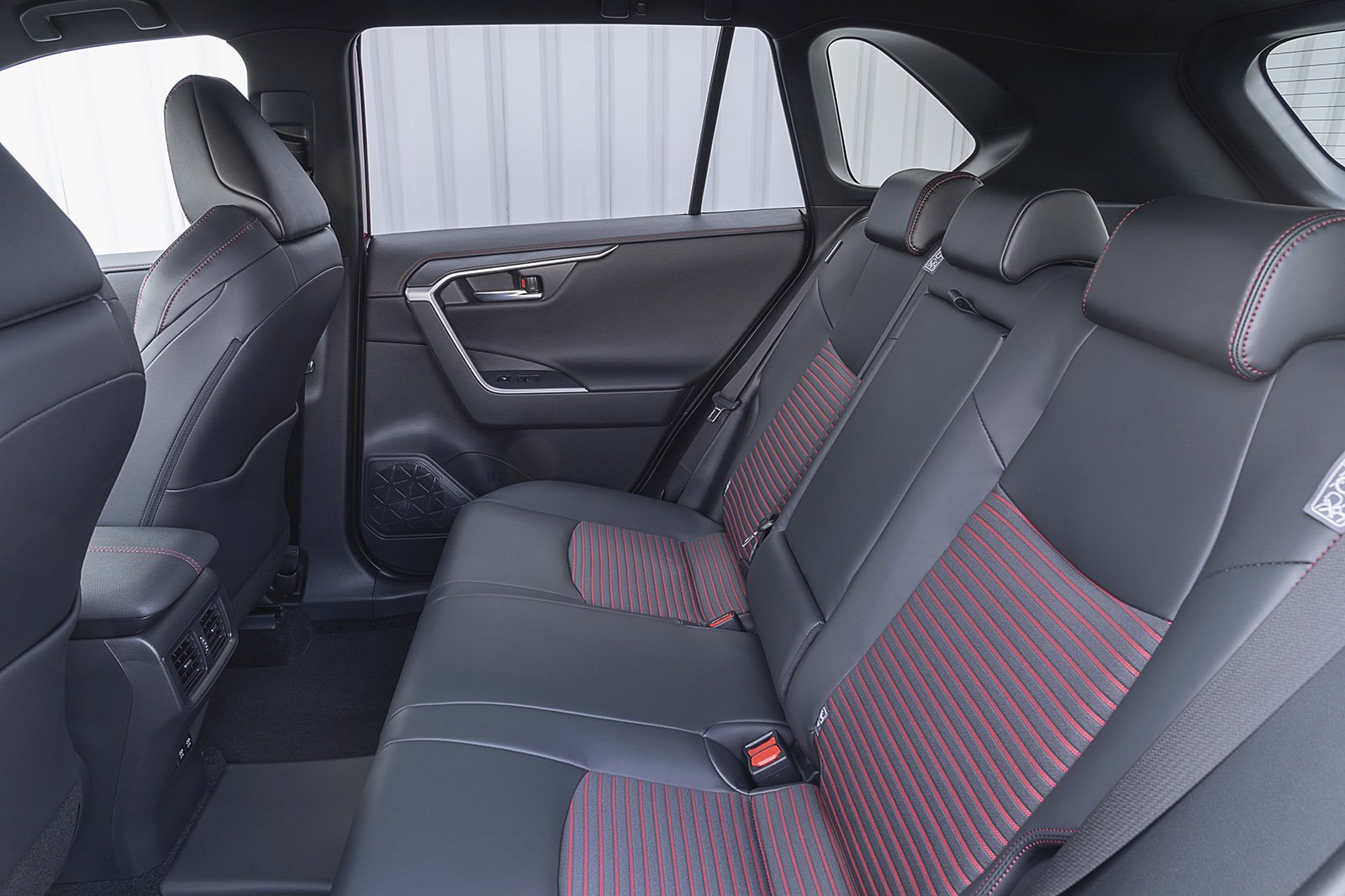