There aren’t as many tax incentives for choosing a Tesla Model S as there once were; while it’s exempt from the London Congestion Charge, it no longer qualifies for the Government’s £3000 plug-in car grant, because it costs more than £50,000. The Model S is also slightly more expensive than an Audi E-tron or Jaguar I-Pace, but it’s significantly cheaper than the equivalent Porsche Taycan. Its resale values aren't as strong as the Taycan's, though, which means the difference in PCP finance payments between the two cars isn't as vast as you might think.

Like all electric cars, however, it's a ridiculously cheap company car. Your benefit-in-kind tax (BIK) payments over the next few years will be next to nothing, and vastly cheaper than a similarly priced petrol or diesel car. On top of that, if you buy a Model S from the cars that Telsa has in stock, you get free access to Tesla's Supercharging network (you'll pay around 25p per kW if you order a bespoke car), which has more than 500 charging points at over 60 destinations around the UK.

That's way more than the number of chargers there is in the Ionity network, which is the only one that can compete on charging times. Speaking of which, a Supercharger will take around 40mins to top the battery up from 10-80%, while a 7.0kW home charger will fill it from 0-100% in around 15hrs.

In addition to the infotainment and driver assistance technology that we’ve already looked at, both versions of the Tesla Model S come with lots of luxuries, including 'vegan leather' upholstery, four-zone climate control, power-folding door mirrors, metallic paint, heated seats (front and rear), a heated steering wheel, a panoramic sunroof and keyless entry, the latter of which can be activated via an app on your smartphone. 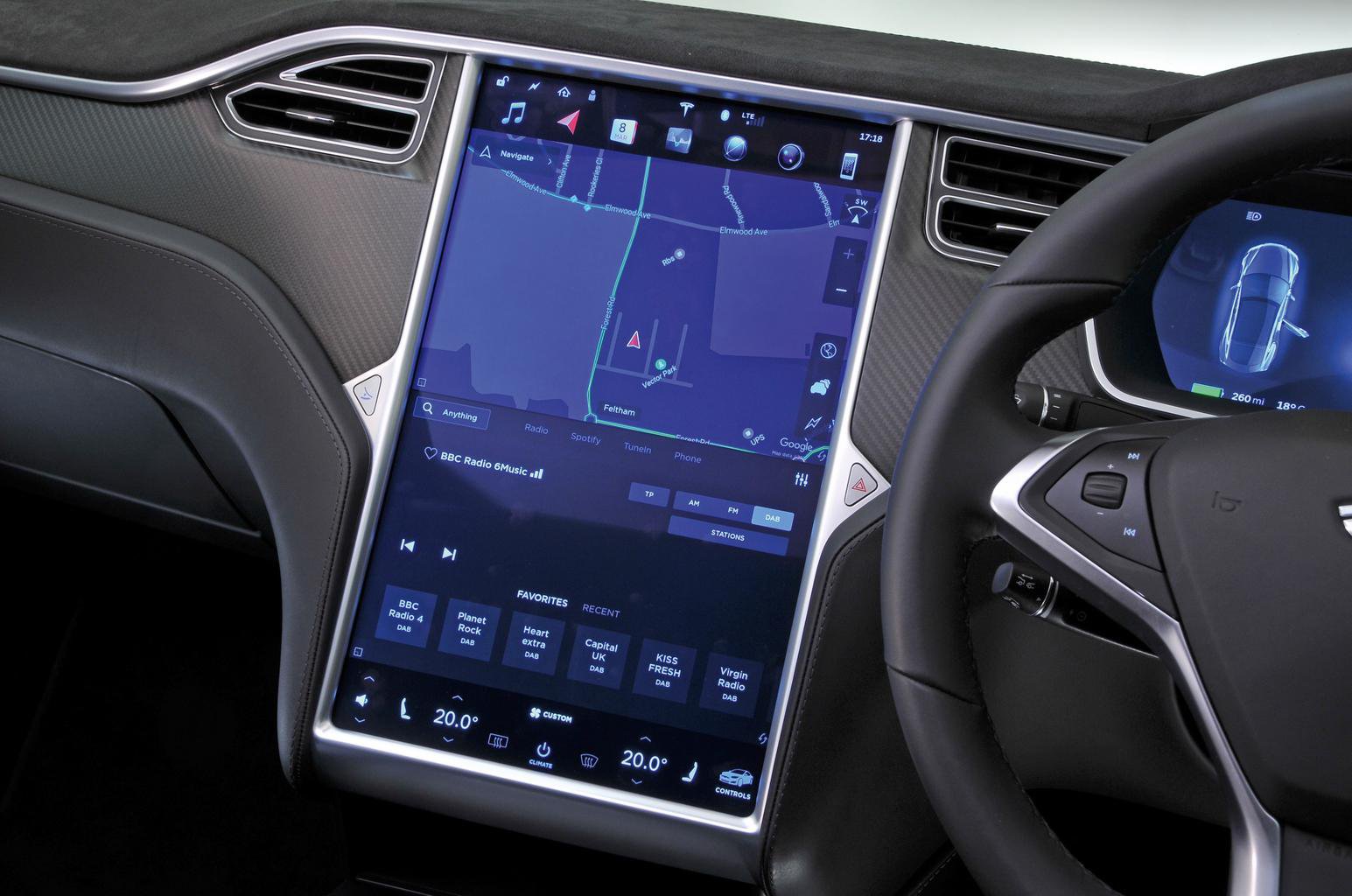 The Model S comes with a four-year/50,000 mile warranty, with the battery and drive unit covered separately for eight years or 150,000 miles. Not only does this provide peace of mind regarding faults, but it guarantees a minimum 70% retention of battery capacity.

As a bonus, Tesla's wireless software updates can fix glitches and add features while you're asleep, rather than requiring you to book your car into a dealer.

In the 2019 What Car? Reliability Survey, Tesla finished 4th out of 31 brands – a far better showing than in 2018, and better than Audi, Mercedes or Porsche.

The list of safety kit includes automatic emergency braking and blind spot and lane-departure warnings, all of which helped the Model S achieve the maximum five-star rating from Euro NCAP. That was back in 2014, though, when such a rating was easier to achieve than it is today. When we read the crash report in detail, in the main it was very commendable, but noted that the adult occupancy protection wasn't as good as it could be.

As for security, as well as the usual accoutrements, there’s something called Sentry mode. When enabled, this uses the car’s external cameras to start recording when the car is approached after it’s locked. So, if someone tries to break in, or if someone drives into your Model S when it’s parked up, the cameras will record the incident.