As with all electric cars, you get instant and seamless acceleration the millisecond you put your foot down. What comes afterwards is what marks the Tesla Model S out, though, because its rate of acceleration is way beyond what most electric cars (and most cars, for that matter) can manage. The entry-level Long Range model officially blasts from 0-60mph in just 3.7sec, while the pricier Performance model lives up to its name, posting an official time of 2.3sec.

The Performance comes with various modes to enable that, including Ludicrous Plus mode, which gives it maximum power, and Cheetah Stance, which angles the car's nose to the ground and raises its haunches to help traction off the line. When we tested it on a damp track, it managed 0-60mph in 2.8sec and went on to hit 100mph in 7.2sec. Believe it or not, though, its electric rival the Porsche Taycan beat that last figure in the same conditions, recording a time of 6.9sec, and that wasn't the fastest version, either – the Turbo S might have been even quicker.

The Tesla Model S Long Range also appears to live up to its name, managing 379 miles between charges in official tests, while the Performance covered 367 miles. That said, while we haven’t put either version through our Real Range test since the Model S was last updated, it’s worth noting that the best performing version of Tesla’s smaller Model 3 managed 239 miles, compared with its official claim of 329.

Air suspension is fitted to the Tesla Model S as standard and is superb at keeping you comfortable on motorway trips, as long as you avoid the optional 21in wheels.

The news isn’t quite so good on beaten-up town roads, which unsettle the car at times and cause it to thud. However, it stays on the right side of compliant and is significantly more forgiving than the Model 3.

If you want better all-round comfort, try the Taycan. Despite being more of a sports car, it rides really well, no matter what the surface or what speed you're doing. 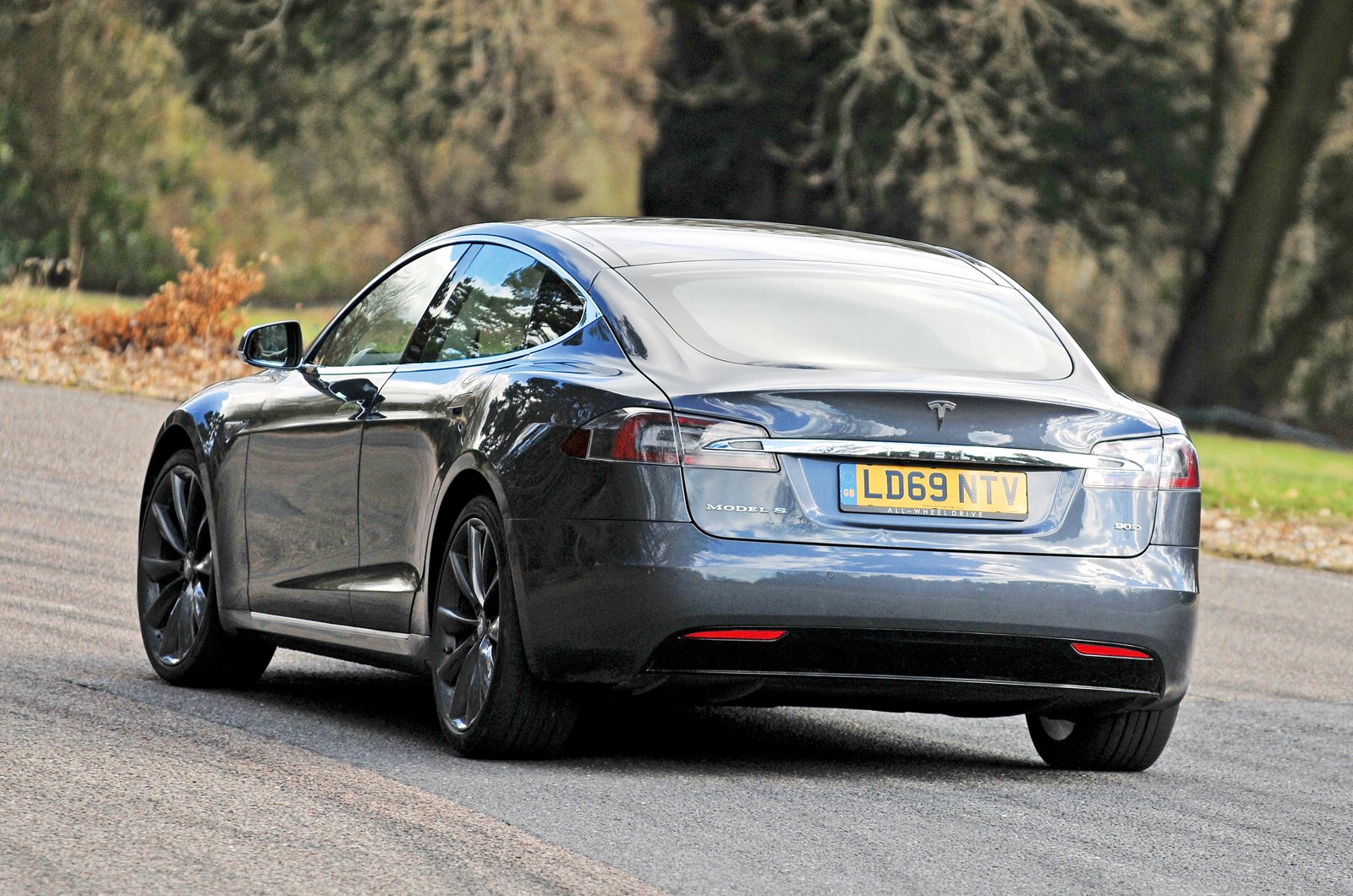 The downside of the Tesla Model S’s relatively soft suspension and its extra weight (it’s around 250kg heavier than the Model 3) is that it isn’t quite as eager to change direction as its smaller sibling, let alone the unbelievably nimble Taycan, which is the best electric driver’s car by far when it comes to handling. If you view the Model S as more of a luxury electric car, though, it's still pretty composed compared with most rivals, and comes with light and accurate steering.

One major draw of the Model S is how much driving tech it comes with. Its Autopilot self-steering and adaptive cruise control system work really well on motorways, keeping you a set distance from the car in front as well as centred in your lane, even though bends.

It’s surprisingly effective at making long journeys less tiring, even though you still have to keep your hands on the wheel and your attention on the road, because Autopilot can hand back control quite suddenly. You can even upgrade the system so the Model S can park itself, change lanes semi-autonomously on motorways and be summoned via your smartphone at very low speeds; for example, if someone parks too close to you in a car park for you to open the doors and get in, you can simply drive the Model S out of the space using your phone.

In and around town the Tesla Model S is incredibly smooth and quiet, even when compared with most luxury limousines. Indeed, with no combustion engine, there's no noise at all when you’re stationary and it stays eerily silent at 30mph.

Once you pick up the speed there’s more road noise on the motorway than you get in the Audi E-tron and Mercedes EQC, but it’s quieter overall than the Jaguar I-Pace. Also, there's more wind noise than you'll hear in a Taycan.

The brakes are very smooth for an electric car. Most put energy back into the batteries when you hit their brakes, which can give a very inconsistent pedal feel, while the Model S’s brakes work just like a regular car’s. All of its energy recuperation comes simply when you lift off the accelerator, the decelerative effect being so strong that you barely need to use the brakes at all during normal driving.