The driver’s seat is jolly comfortable, and all versions provide height adjustment for the driver. It provides decent side support in corners and, although lumbar adjustment isn't available at all, the lower back support is fine and far better than it is in the VW Up. Another boon is that the backrest can be adjusted easily using a rotary knob — most city cars have an annoying ratcheted lever that offers limited positions.

Like pretty much every city car, the steering moves for height but not reach, and the dials move with the steering wheel so you can always see them easily. Everything on the dashboard is within easy reach and the temperature and ventilation controls are simple to use, too. 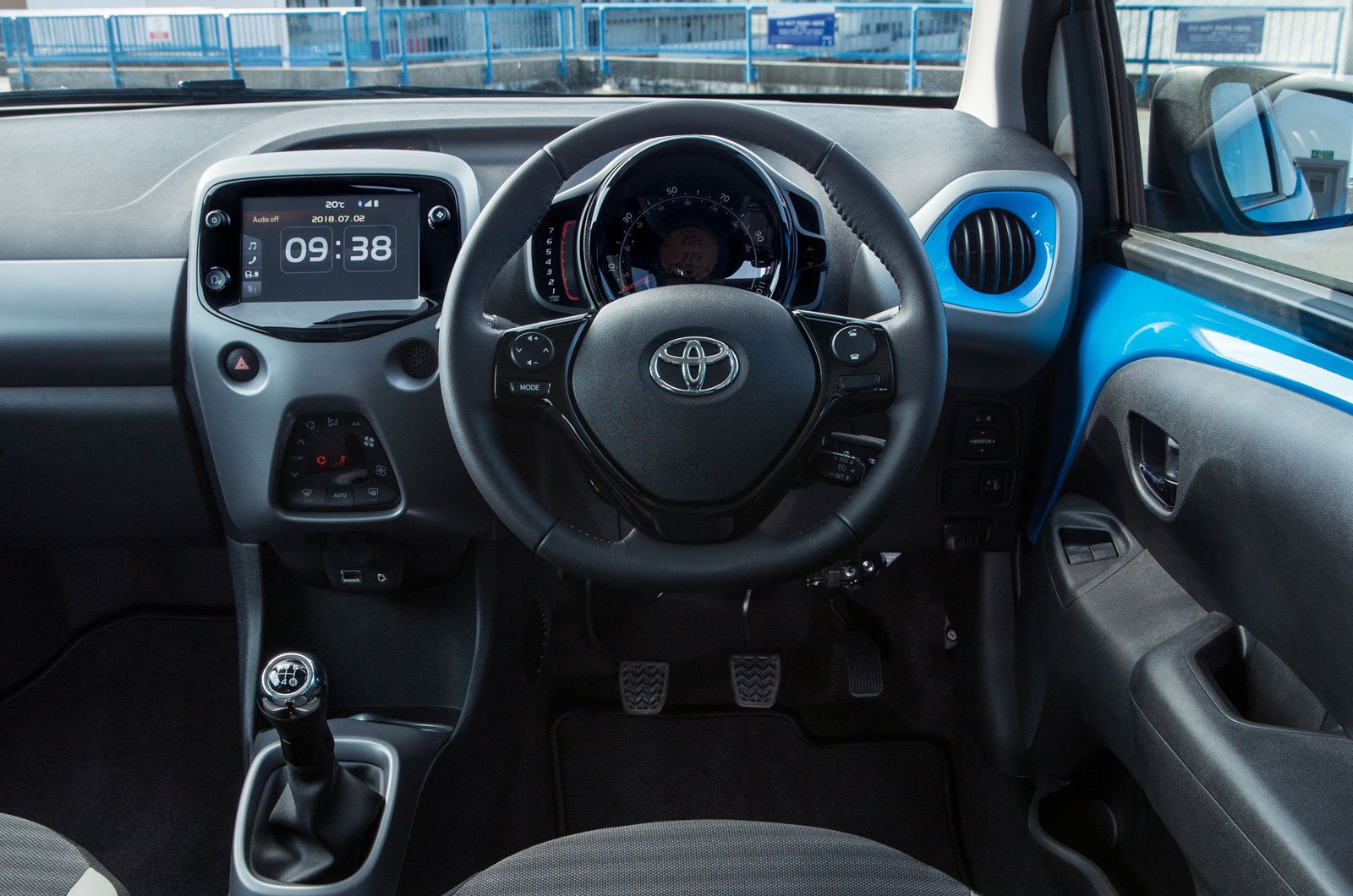 Every Aygo has Toyota’s 7.0in touchscreen infotainment system, which includes Bluetooth and a DAB radio (with four speakers). There’s no option of adding built-in sat nav, but the system includes Apple CarPlay and Android Auto smartphone integration, which lets you use your phone's navigation apps.

The screen's icons are crisp and bold. Working through the menus is also simple, while connecting your mobile phone via Bluetooth is easy. The system used by the Kia Picanto and Hyundai i10 just pips it for usability, but the Aygo's system knocks spots off the Volkswagen Up's system.

Upgrade to the JBL Edition and you get an upgraded stereo complete with a subwoofer under the boot floor. Despite only having five speakers, it’s a surprisingly punchy system that’s a big step up from the standard stereo.