Although the Audi A6 has slightly less front leg room than the BMW 5 Series and Mercedes E-Class, that's a bit like saying that one species of elephant is smaller than another – the point is that they're all big old beasts. Besides, when it comes to head room, the A6 is one of the biggest beasts out there. You'll find it has plenty of width for your elbows too, although tall drivers who slide the seat right back will run out of armrest on the door as it’s not quite long enough.

There are some storage compartments dotted around, but compared with the 5 Series and E-Class, the A6 it lacks the additional convenience of a large cubby under the centre armrest or a tray to dump odds and ends in the centre console. It’s also worth pointing out that the door pockets and glovebox are on the small side. 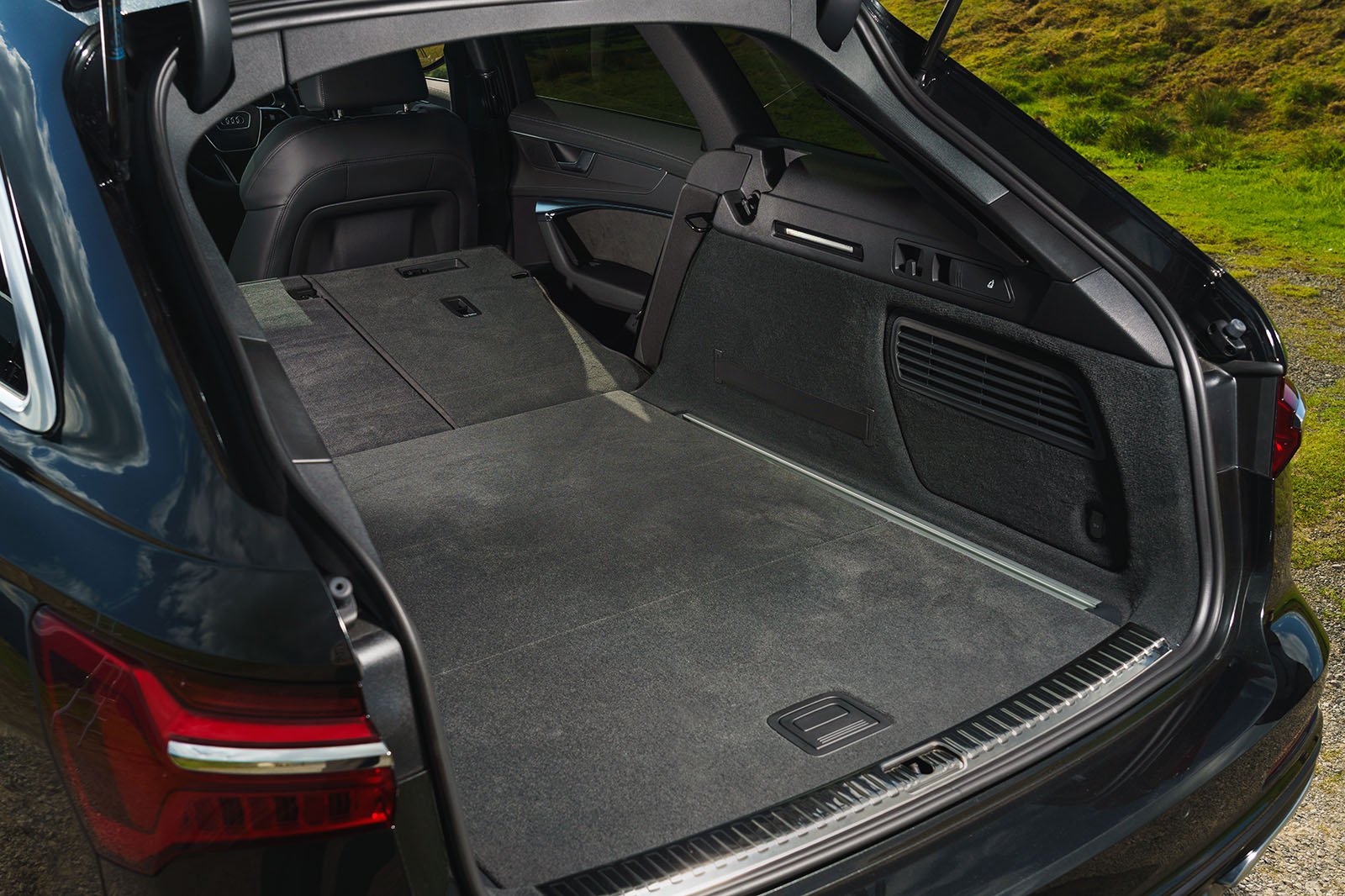 Handy buttons just inside the tailgate allow you to fold down the rear seats without having to walk around to open a rear door and haul the seatback down manually.

The Audi A6 Avant's seats fold in a 40/20/40 split, meaning you can run long, thin items between two rear passengers. The BMW 5 Series Touring has a similar arrangement, but the V90 has a less useful 60/40 split.

The seatbacks do lie at a slight angle when folded, but at least there's no annoying step in the floor of the extended load bay.