The Dacia Sandero Stepway is one of the biggest cars in the small car class. In fact, it almost matches the Honda Jazz for front head room and actually beats it for leg room. The Stepway's interior is relatively broad, too, so you won’t feel hemmed in. There are plenty of handy storage bins for all your clutter, and a couple of cupholders.

Rear space also impresses. True, it doesn't have quite as much leg room as the Jazz, but six-footers will still enjoy a gap between their knees and the seat in front. There's absolutely loads of head room, and its considerable breadth helps when you need to put three people in the back. In fact, our only grumble is that the rear door bins are quite small.

While the design of the boot could be improved – reducing the size of the lip at the entrance, for one thing – you can’t argue with its size. Officially there are 328 litres of space below the parcel shelf, and we managed to fit six carry-on suitcases inside. That's more than in any other car in the class, including the Tardis-like Honda Jazz. Just be careful of the exposed metal instead of tough plastic around the boot opening; there's a risk of scratching the paint.

If you suddenly need a small van, the rear seats fold in a standard 60/40 split. The Jazz Crosstar, in contrast, offers all sorts of clever features, including rear seat bases that flip up like those in a cinema to create an extra luggage area. Then again, it costs nearly twice as much.

As you’d expect for the money, the Dacia has acres of hard, unyielding plastic, although a fabric insert on the dash and a few little chrome trims on Comfort trim and up help lift things a little so it doesn’t feel too austere. Everything is solidly constructed, although those looking for a bit of luxury will need to dig much deeper for a Mini or Peugeot 208. 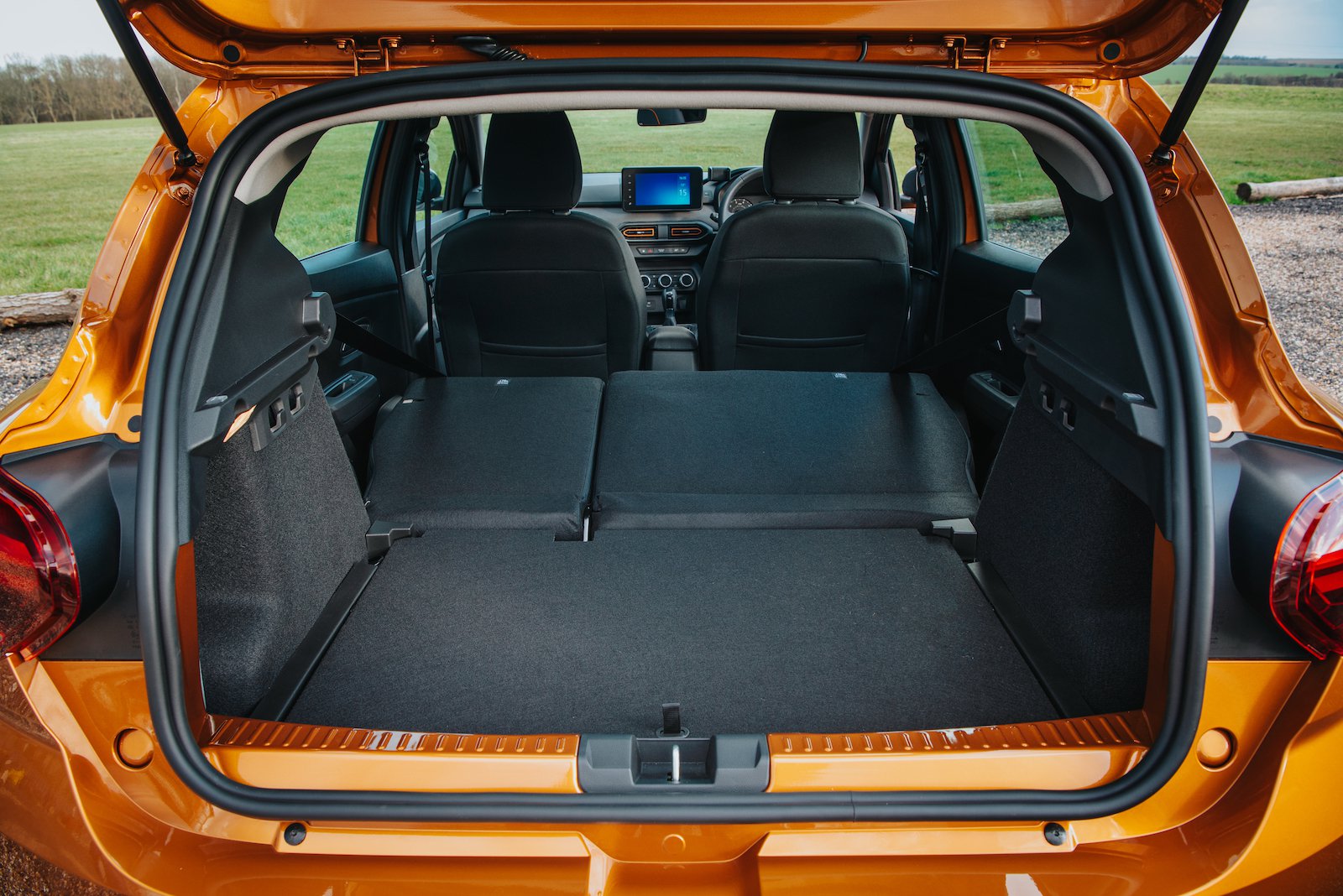