The Hyundai Ioniq 5 may not be styled like an SUV, but the driving position still feels lofty rather than low-slung and sporty. This contributes to a terrific view of the road ahead, while big windows and door mirrors also help with visibility. Plus, a clever monitoring system is available that shows the view in your blind-spot on a display in the instrument binnacle.

There are a couple of issues, though. The first is the lack of a rear windscreen wiper. The Ioniq 5 has supposedly been designed so that water is pushed off the back of it by the airflow at high speeds. But while that sounds good, it won’t be much help if you’re trying to parallel park in the rain.

The Ioniq 5 has Apple CarPlay and Android Auto smartphone mirroring and wireless phone-charging as standard, while a premium Bose sound system and a head-up display with augmented reality (to project information on to the windscreen) are added in the top Ultimate trim.

The climate controls are, unfortunately, touch-sensitive, so require more of your attention while you’re driving than physical buttons would. But it's not all bad news: they are at least in a separate panel beneath the touchscreen, so they are always present and visible (rather than hidden in sub-menus).

There’s a really snazzy look to the design and layout of the interior. It’s a shame, though, that the high-end appearance isn’t quite matched by materials of equal quality. While the Ioniq 5 feels robust, some of the plastics aren’t especially tactile – particularly those used on the passenger’s side of the dashboard and the lower doors. Overall, it’s plusher than the disappointing ID.4, but no better than the Ford Mustang Mach-E. 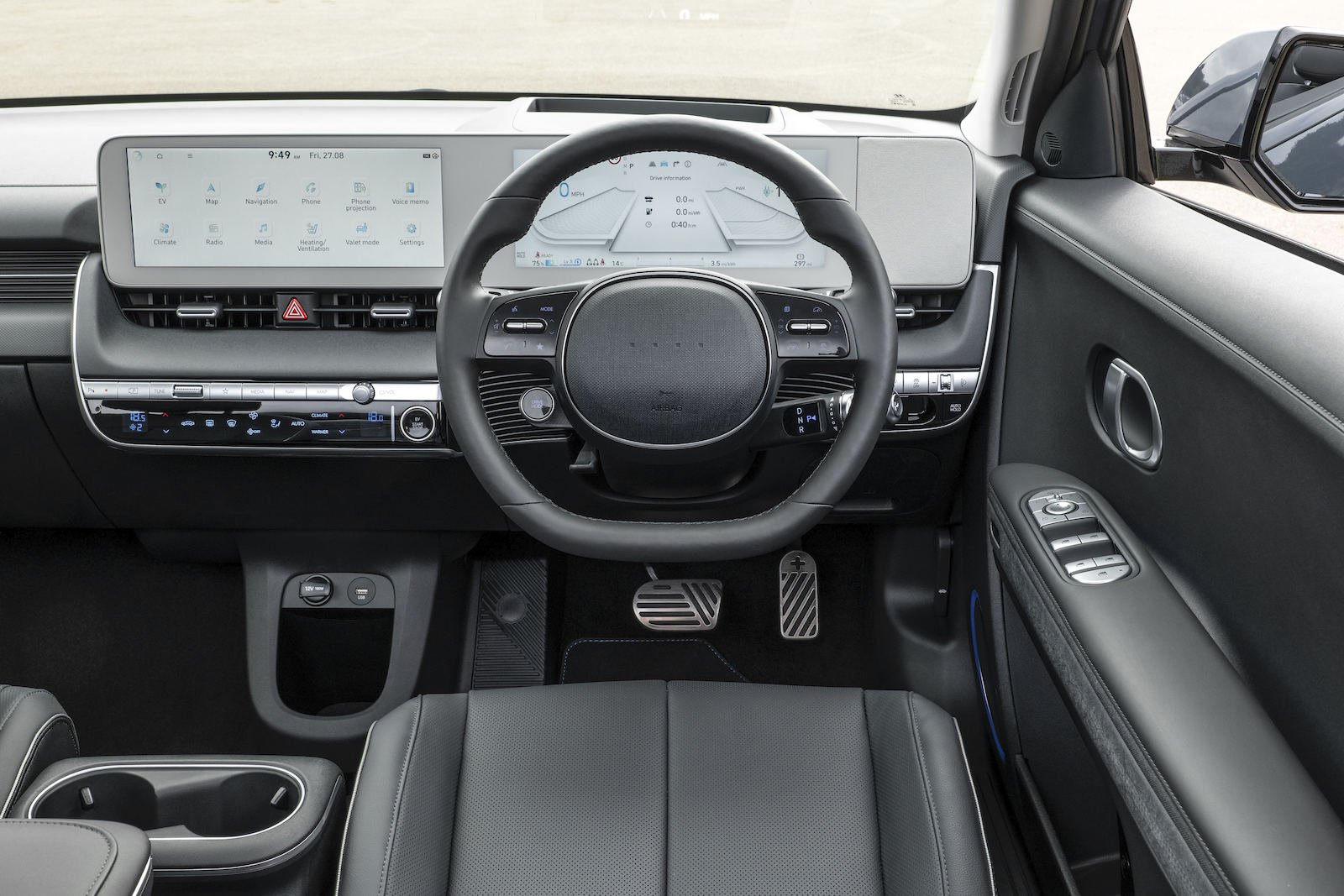