There's a reasonable amount of space in the front, if not quite as much leg or head room as you'll find in many rivals. Storage space includes a couple of cupholders between the seats and a large hidden cubby below the front centre armrest.

There’s also space behind the gearlever that doubles up as the wireless phone-charging pad on Premium, N Line and Ultimate models. The door pockets, meanwhile, are big enough for a couple of small bottles of water but not much more.

The Hyundai Kona is rather cramped in the back compared with its key small SUV rivals, including the Ford Puma, Seat Arona and Volkswagen T-Roc.

If you're more than six feet tall, expect your knees to be wedged against the back of the seat in front, which is covered in unforgiving hard plastic. The rear door pockets are quite small and you only get a rear centre armrest if you go for range-topping Ultimate trim. 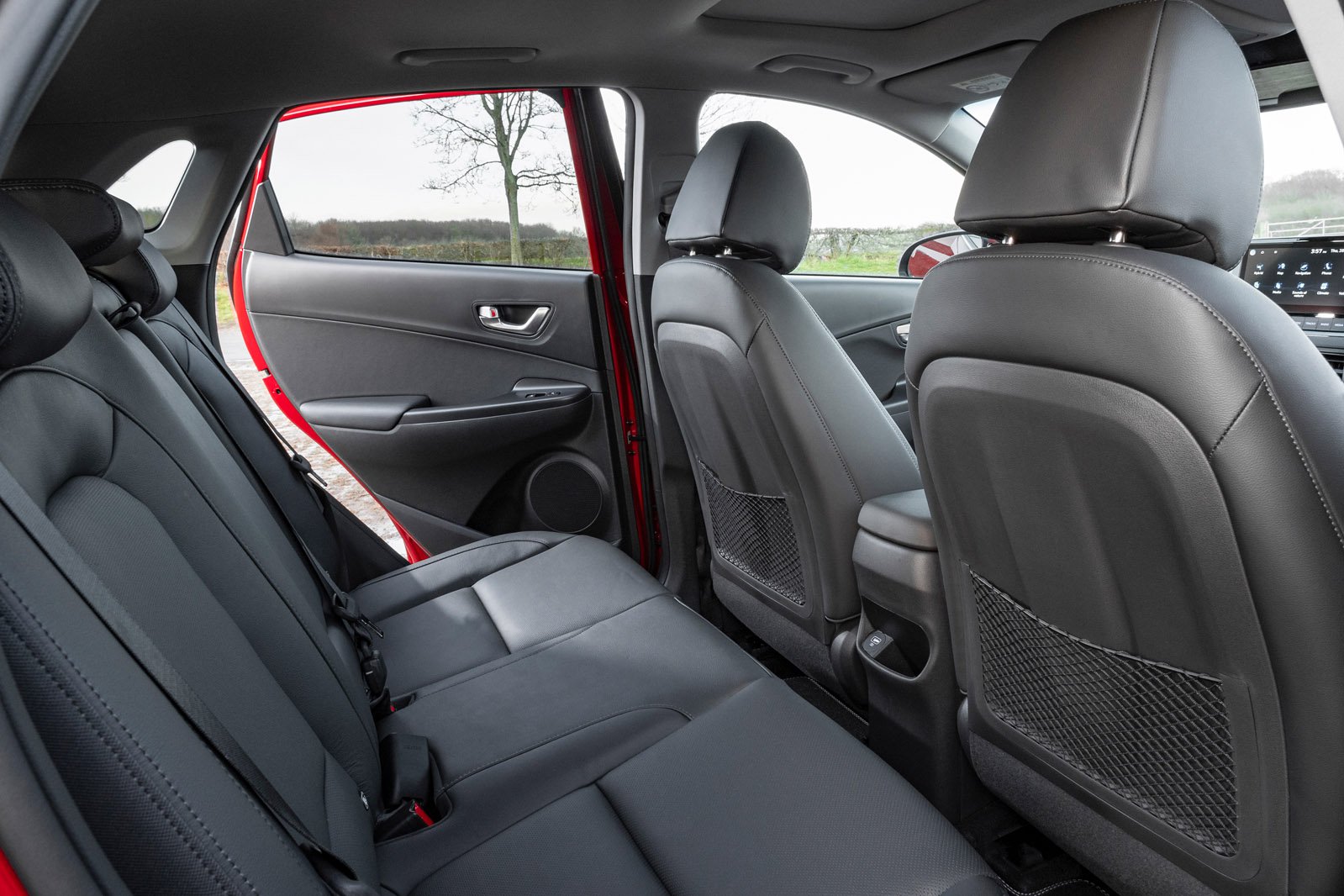 You get 60/40 split-folding rear seats as standard – par for the course in the small SUV class. However, the rear seats of the rival Volkswagen T-Cross can also be slid back and forth, allowing you to prioritise rear leg room or boot space depending on your needs.

The Kona's boot is smaller than average for this class. We managed to squeeze just four carry-on suitcases below the parcel shelf, compared with five in the Arona and six in the T-Roc.

At least the Kona's boot has a relatively wide opening and its split-folding rear seats lie almost flat when folded down. Unlike with some hybrid versions of cars, there's no boot space penalty if you choose the Hybrid Kona.