There might be all sorts of clever chemistry going on underneath the Nexo’s skin, but the driving experience is reassuringly normal. Indeed, those that are familiar with modern electric cars will feel right at home.

Flex your right foot and the Nexo pulls way in near silence, with the strong shove in the back that electric car users will know so well. That can get a little chirrup out of the front tyres, but it’s nowhere near as ragged as the Hyundai Kona Electric.

The Nexo is a heavy car, and it feels it when cornering. Although grippy enough through corners, it feels recalcitrant and unwilling to change direction and then leans noticeably when it finally does so. The steering is also a little difficult to get used to, with inconsistent weighting at faster speeds and very little sense of connection with the front tyres. Worst of all is its strong self-centring that makes the wheel spring back to the straight ahead if you loosen your grip even slightly.

In terms of ride, the Nexo is more impressive. On the motorway it gently wafts over undulations and does a pretty good job of smoothing over expansion joints. However, larger crests highlight the car’s mass once more as the Nexo a little uncontrolled compared to an I-Pace or Tesla Model X. At slower speeds over the kind of crumbling surface that’s so common in the UK, the Nexo does fidget a little while big bumps can thump through its body. Overall though, it is a comfortable companion.

The Nexo's driver assistance systems should prove popular with safety-conscious families. With lane-keeping assistance and adaptive cruise control, the Nexo can drive semi-autonomously, although you still need to steer gently to make smooth progress; unlike Nissan’s ProPilot system, if the lane-keeping assistance is left to its own devices (with your hands still on the steering wheel, of course), it tends to pinball between the white lines rather than keeping you bang in the middle of your lane. 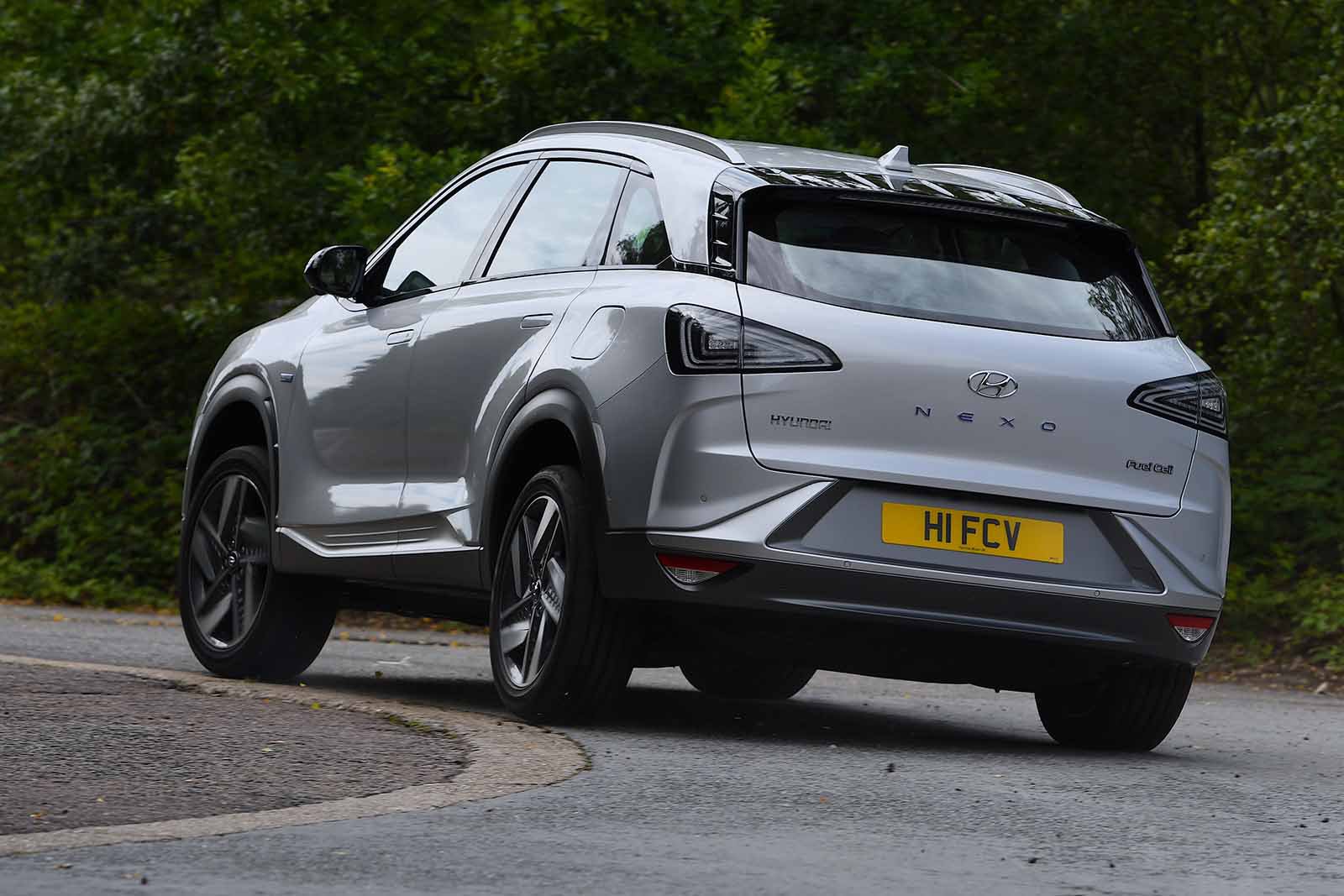