You’ll have enough space in the front of the Ceed Sportswagon. The driver’s seat drops low enough to give good head room and there's plenty of leg room available, too.

Elsewhere, the Ceed’s front door bins are a reasonable size, plus it has a couple of cupholders and some useful cubbies for wallets and phones. The PHEV's sliding front armrest also has a good-sized cubby beneath.

There's enough head room for a couple of six-footers in the rear of the car. However, leg room is tighter than in some rivals, such as the Ford Focus Estate, Skoda Octavia Estate and Toyota Corolla Touring Sports.

More positively, the rear bench seat itself is well shaped, while a near-flat floor makes life comfier for someone sitting in the middle than in many of its rivals, which often have big humps to straddle.

Access to the rear is good, too, thanks to wide door openings, but rear storage is limited to small door bins and pockets on the backs of the front seats. All trims get a rear armrest, which has cup holders integrated if you opt for the higher trims. 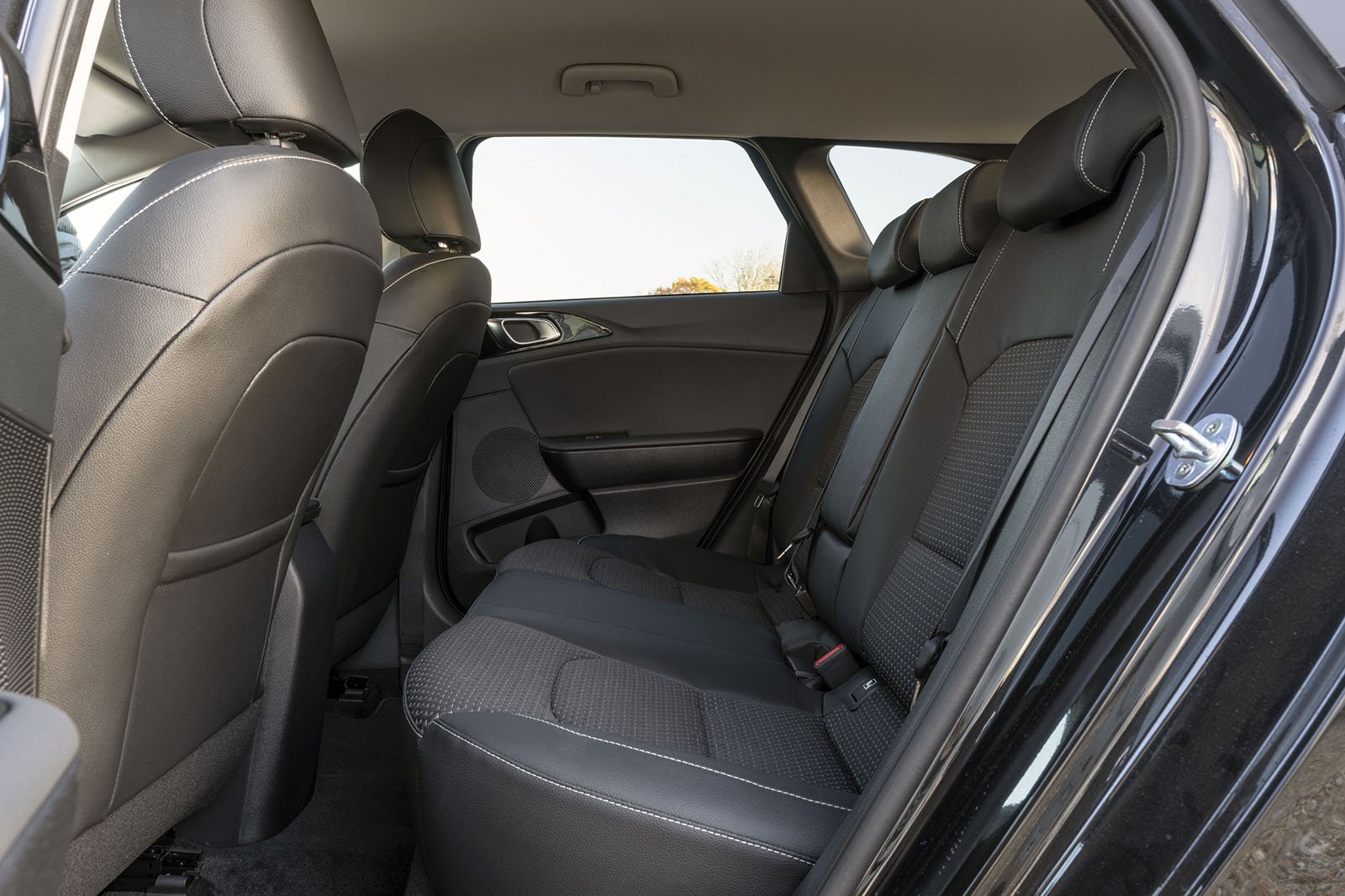 The rear seatbacks in the Ceed Sportswagon fold pretty much flat, but only top 3 trim has a 40/20/40 split arrangement; entry-level 2 trim and the PHEV provide a less versatile 60/40 setup.

Upgrading to 3 trim also brings a remote folding function that lets you release the seats from the boot, instead of having to walk around to the side of the car.

The front passenger seat has height and lumbar adjustment on the 3 trim and PHEV.

Take a look at their official luggage capacities, and you could be forgiven for thinking that the Ceed Sportswagon (625 litres) is barely any more practical than Kia’s slinky-looking Proceed (594 litres). However, in reality, the Sportswagon’s boot is far more usable and will easily take a couple of large suitcases, plus it has a higher roofline and a larger opening. It's nowhere near as big as the Octavia's boot, though.