In addition to the A-Class’s already visually striking interior, the A45 AMG gets plenty of racy touches such as a pair of AMG sports seats, an AMG flat-bottomed steering wheel with touchpad controls, and AMG-specific graphics for the digital instruments, which include a Supersport mode with a large central rev counter.

The driver’s seat has plenty of adjustment and, in combination with a steering wheel that offers decent amounts of reach and rake adjustment, allows drivers of all sizes to find a comfy posture. If you want electric seat adjustment, you'll need to go for the Plus version.

The A45 AMG also adds a bundle of bespoke AMG software to the car’s MBUX infotainment system. This can show engine and gearbox oil temperatures, engine output, record lap times and even has a G meter to show handling and acceleration forces. It can also log eighty separate feeds of data so you can analyse your on-track performance. It’s something we doubt any buyers will actually use more than once, and, like having a dive watch that's rated to 200m, it’s more about bragging rights than anything else.

To display this array of information, the A45 has twin 10.3in screens – one behind the steering wheel instead of traditional instrument dials, with a touchscreen to its left. Both have sharp graphics and the ‘virtual’ instruments are highly configurable yet remain easy to read at all times. You adjust them by using a small touchpad on the right of the steering wheel; this is a bit fiddly at first but is something you do get used to.

As for the infotainment system, it can be controlled either by pressing the central touchscreen, swiping a laptop-style touchpad between the seats or using another small pad on the left of the steering wheel. It’s a good system with logical menus, if not as intuitive as the iDrive system in the cheaper BMW M135i 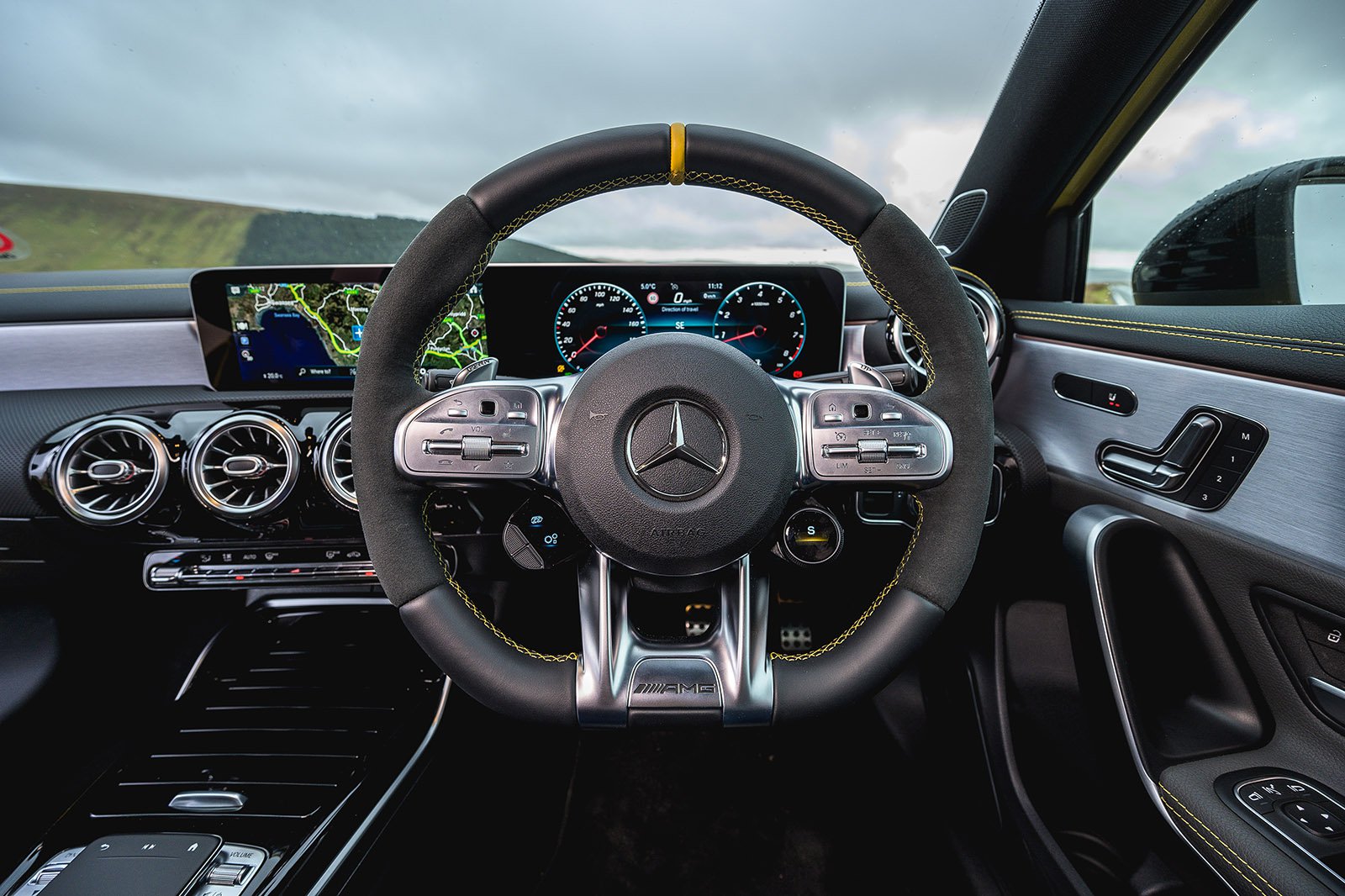 The Vauxhall Corsa VXR looks the part, but to drive it’s so fa...