The Mercedes-Benz EQA offers a generally excellent driving position, with plenty of adjustment for the seat and steering wheel. Some may find that the steering wheel rim obscures the view of the 10.0in digital driver display (standard across the range), but with such a wide range of adjustment available, there’s a good chance that it won’t be a problem for you.

Meanwhile, visibility is good, with manoeuvring made easier by standard front and rear parking sensors, as well as a reversing camera. There are LED headlights with high beam assist, too, for bright illumination on dark roads.

It’s with the eye-catching design of its interior that the EQA really stands out from all of its rivals, though. It’s nothing groundbreaking for Mercedes; it has the same basic look and layout that’s available in much of the rest of the brand’s lineup, but it’s always impressive to look at. The driver display is paired with a second 10.0in screen that handles infotainment, and the two are slickly fused together to give the impression of a single giant widescreen.

It doesn’t only look good, though; in fact, this is one of the best infotainment systems around. It’s the latest generation of Mercedes’ MBUX system, and it can be controlled via the touchscreen itself, through the (quite capable) voice command function, or – crucially – using a trackpad on the between the driver and passenger seats. That conveniently-located trackpad (which is augmented by smaller pads on the steering wheel that can be operated with your thumbs) makes this one of the easiest and safest systems to operate while driving.

Only BMW’s slightly more intuitive iDrive system is better, and it’s certainly easier to use than the touchscreen-only system of the Volvo XC40 Recharge, which is also spoilt by small menu icons that are difficult to hit on the move. Apple CarPlay and Android Auto come as standard.

The other good news is that the impressive tech and attractive design are backed up by very good build quality. The EQA is right up there with the XC40 in terms of general fit and finish, with materials that feel very high in quality; it’s only a slight wobble in the climate control panel that lets the side down a little. 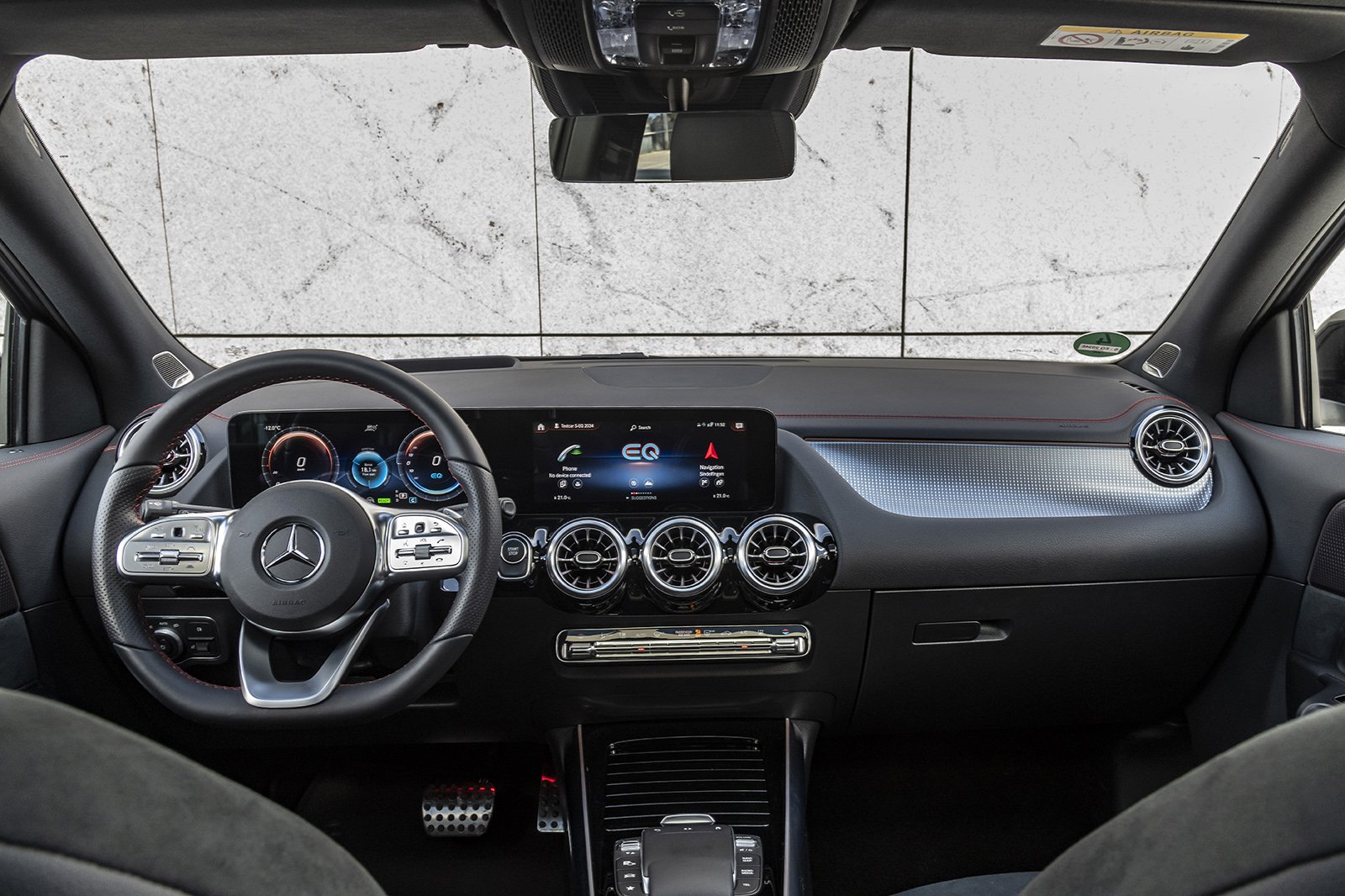