No Mercedes S-Class is cheap, although the S350d costs significantly less than the petrol S500 as a cash buy. The Audi A8 is even cheaper to buy outright.

All S-Classes are in the top (37%) benefit-in-kind (BIK) tax bracket, so company car tax won't be as cheap as it is with a plug-in hybrid Audi A8, BMW 7 Series or Range Rover. If you're a chauffeur, the S350d makes the most sense, because it will officially average more than 40mpg. However, the mild hybrid S500 officially averages nearly 35mpg, which is pretty good for a petrol car of this size, and is the best engine option in the S-Class.

The S-Class holds on to a bit more of its value after three years than the BMW 7 Series and significantly more than the Audi A8. However, those buying privately will lose considerably less by opting for the Range Rover, which has much stronger resale values.

We’d recommend moving up to AMG Line Premium, though. For a start, that gives you the option of the long-wheelbase model with electrically operated, ventilated rear seats. It also adds 20in alloys and a panoramic sunroof, plus the Burmester sound system we wrote about in the infotainment section.

Move further up the range and you'll add more kit but receive a big invoice in return. By the way, you can't add any individual options to S-Classes any more. 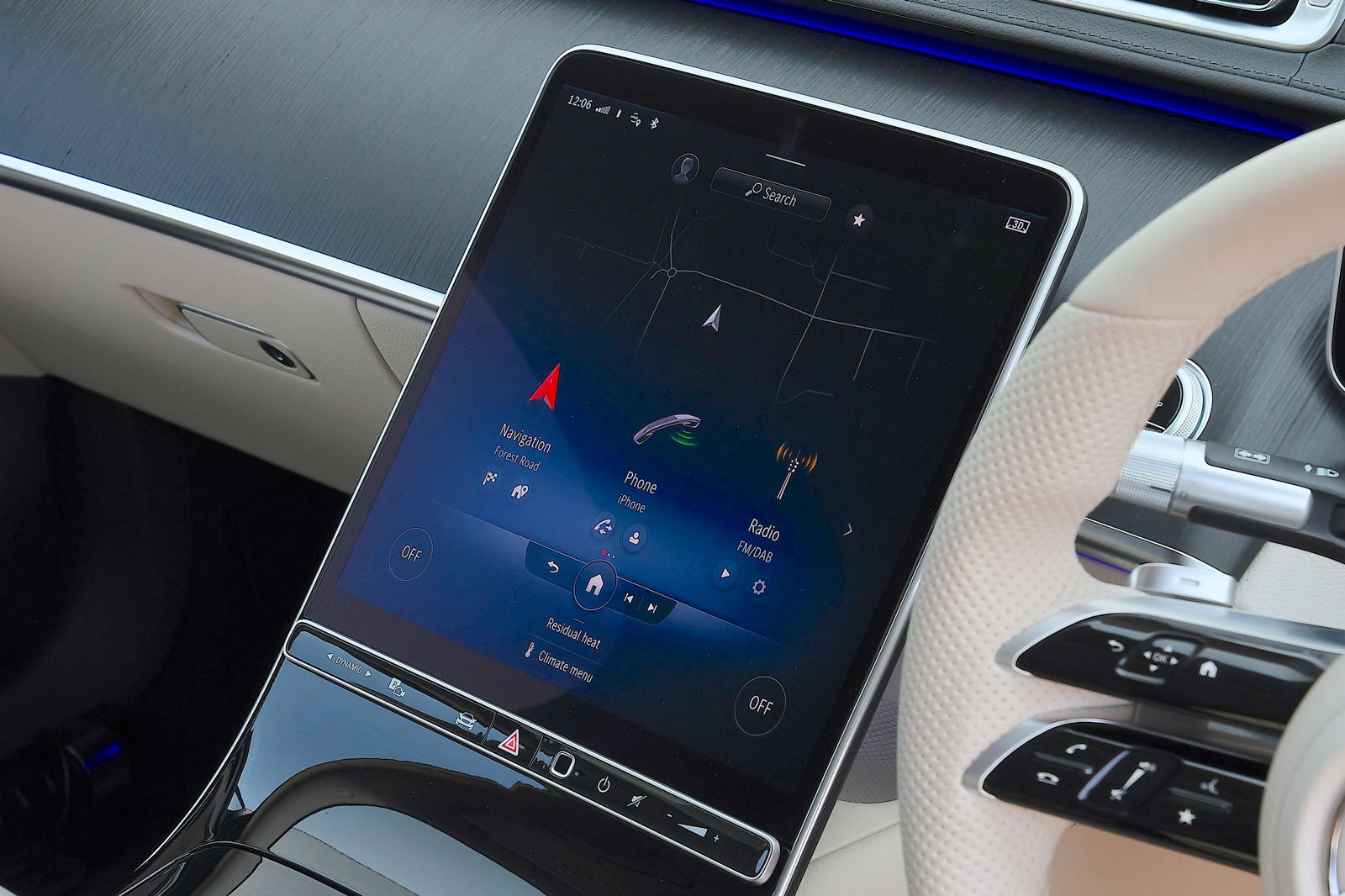 In the 2020 What Car? Reliability Survey, Mercedes placed a lowly 26th out of the 31 manufacturers included. That was some way behind BMW and a few places behind Audi but, for the record, Range Rover (Land Rover) finished in last place.

Unfortunately, we don’t have any data for the latest S-Class, but it comes with a three-year/unlimited-mileage warranty and breakdown cover.

Euro NCAP has not yet tested the S-Class for safety, but you do get loads of safety equipment as standard. That includes automatic emergency braking (AEB), lane-keeping assistance (to make sure you stay within the white lines on the road) and blindspot monitoring that can warn you of approaching traffic as you open the doors.

If you opt for Premium Plus trim, the front seats can push you towards the centre of the car in the event of a side collision.