There’s plenty of adjustment in the MG 3's driving seat, but the steering wheel doesn’t move in and out (only up and down) so some will find it hard to get comfortable. Visibility to the front and back is good, though, and the dashboard is logically laid out, with most of the buttons easy to find and press on the move.

In terms of aesthetics, the 3 had an overhaul in the latter half of 2018, and with that came a major redesign of the interior. At first glance, you wonder how the MG 3 can be offered at such a low price. Prod the dashboard or door linings and the cost-cutting becomes apparent, but the MG 3 is still far from unpleasant inside.

An 8.0in touchscreen infotainment system comes as standard in all trim levels. It isn't brilliant, but it does allow you to sync up your iPhone using Apple CarPlay (there's no support for Android devices), and responds reasonably promptly to prods. You only get four speakers if you go for entry-level Excite trim, but six if you upgrade to Exclusive Nav.

As the name suggests, Exclusive Nav also brings a built-in sat-nav – not that you really need one of those in the modern days of smartphone navigation apps. 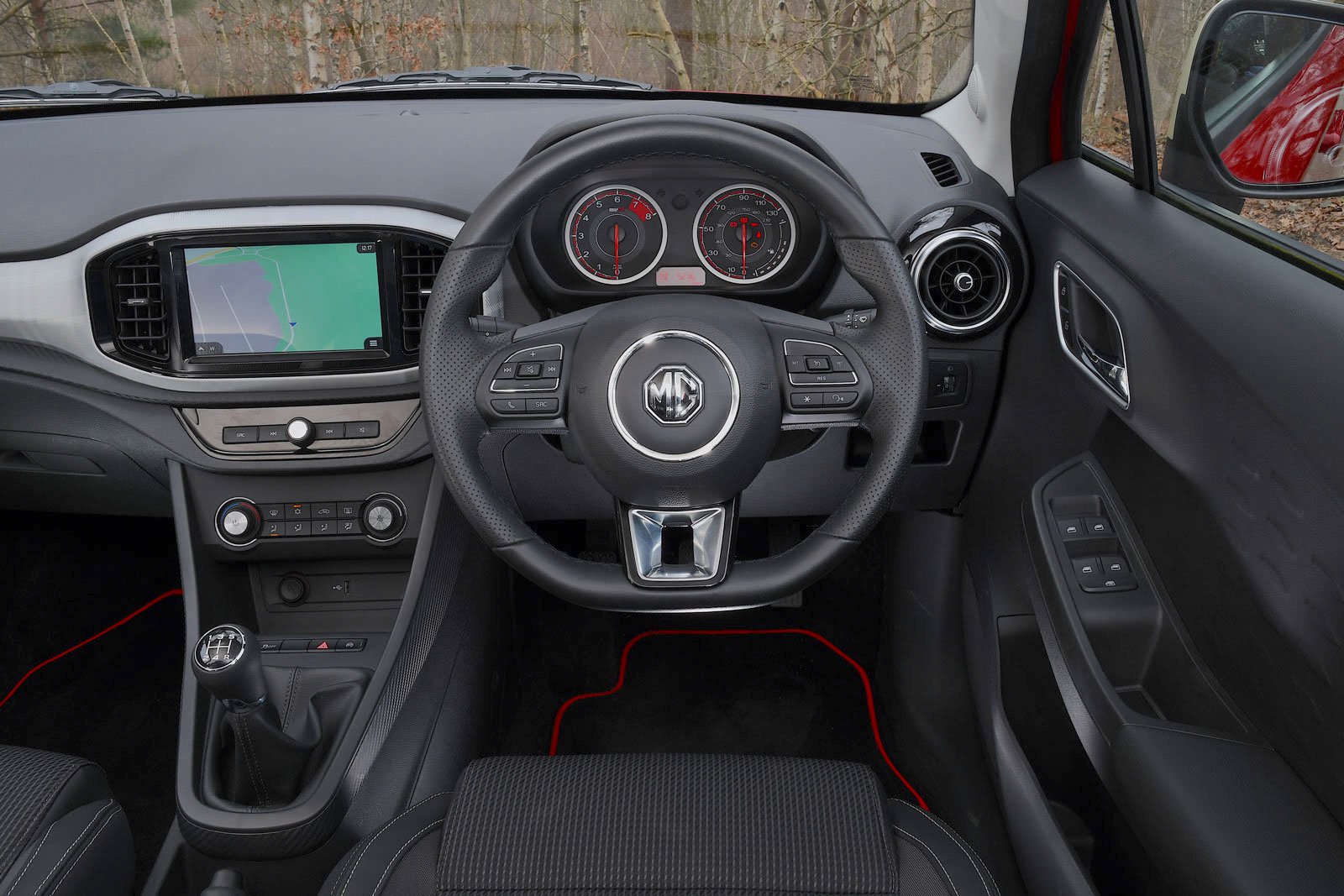