The Mini Convertible provides a generous amount of space up front for two tall adults. However, getting your two rear passengers in and out with the roof in place is a bit of a palaver. It involves them ducking beneath the low roof and squeezing in through a very narrow gap created by the tilted-forward front seats. Obviously, this is a much easier exercise with the roof down.

Thankfully, relative to the Fiat 500 (both petrol and electric versions) in particular, once the rear passengers are ensconced, they’ll have a reasonable amount of knee room and space under the front seats to place their feet. That said, the Volkswagen T-Roc Cabriolet is a much roomier alternative is you regularly need to put people in the back.

Useful cubbies are dotted all around the interior, and there's a neat space for your phone to sit beneath the USB and charging sockets, so it shouldn’t slide about on the move. You also get two sizeable cupholders in front of the gearlever.

The boot is rather small, especially with the roof folded down; larger than a 500 Cabrio's but smaller than a T-Roc Convertible's. Access can also be a bit tricky because the bottom-hinged bootlid opens towards you like a drop-down tailgate. If you have big items to load, you’ll need to pull a couple of levers to lift the rear section of the roof and give yourself more space in which to manoeuvre, but you’ll need to ensure you leave enough space to allow the levers to return to their locking position. This is as fiddly as it sounds.

Better news is that the rear seatbacks split 50/50 and fold down as standard. 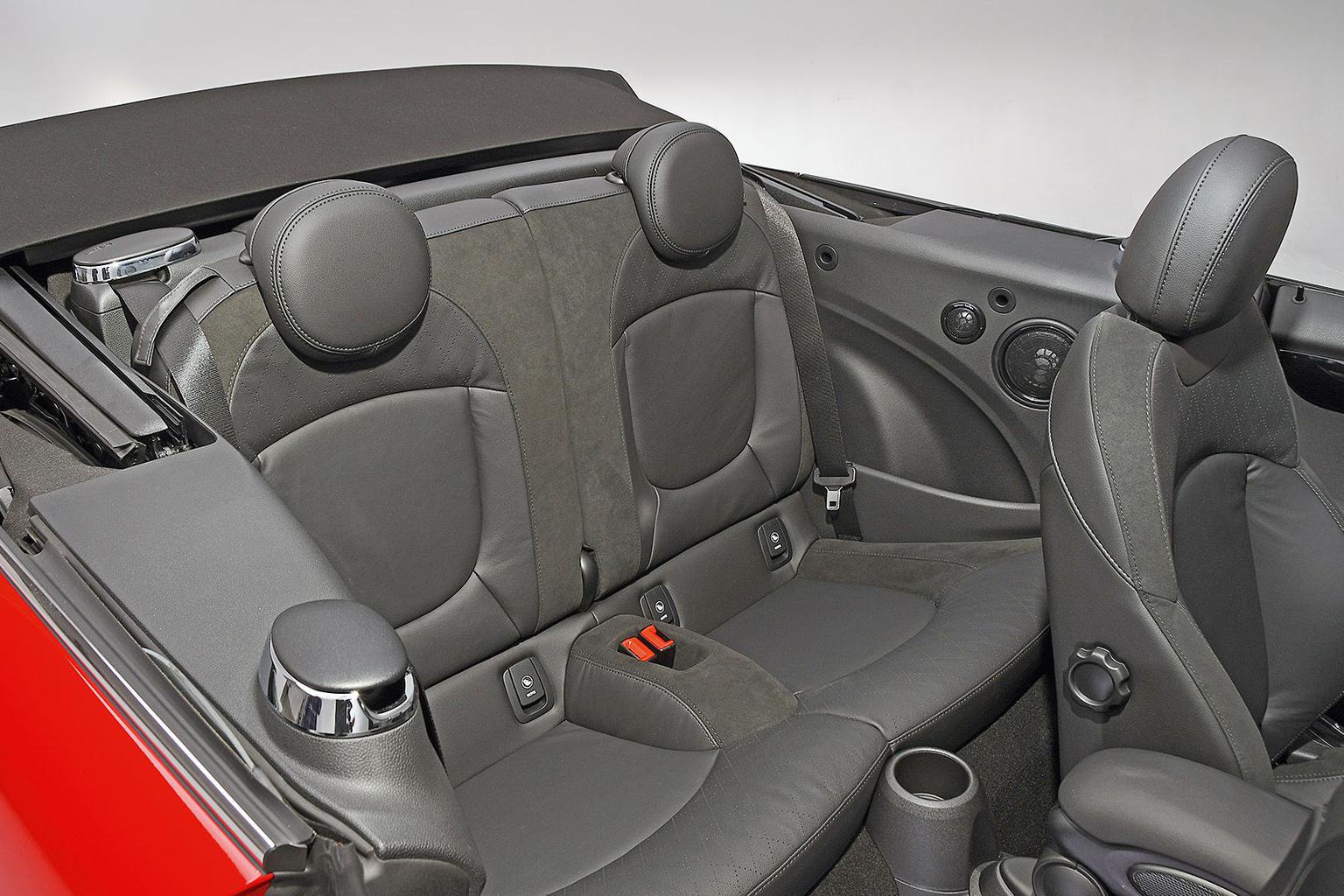