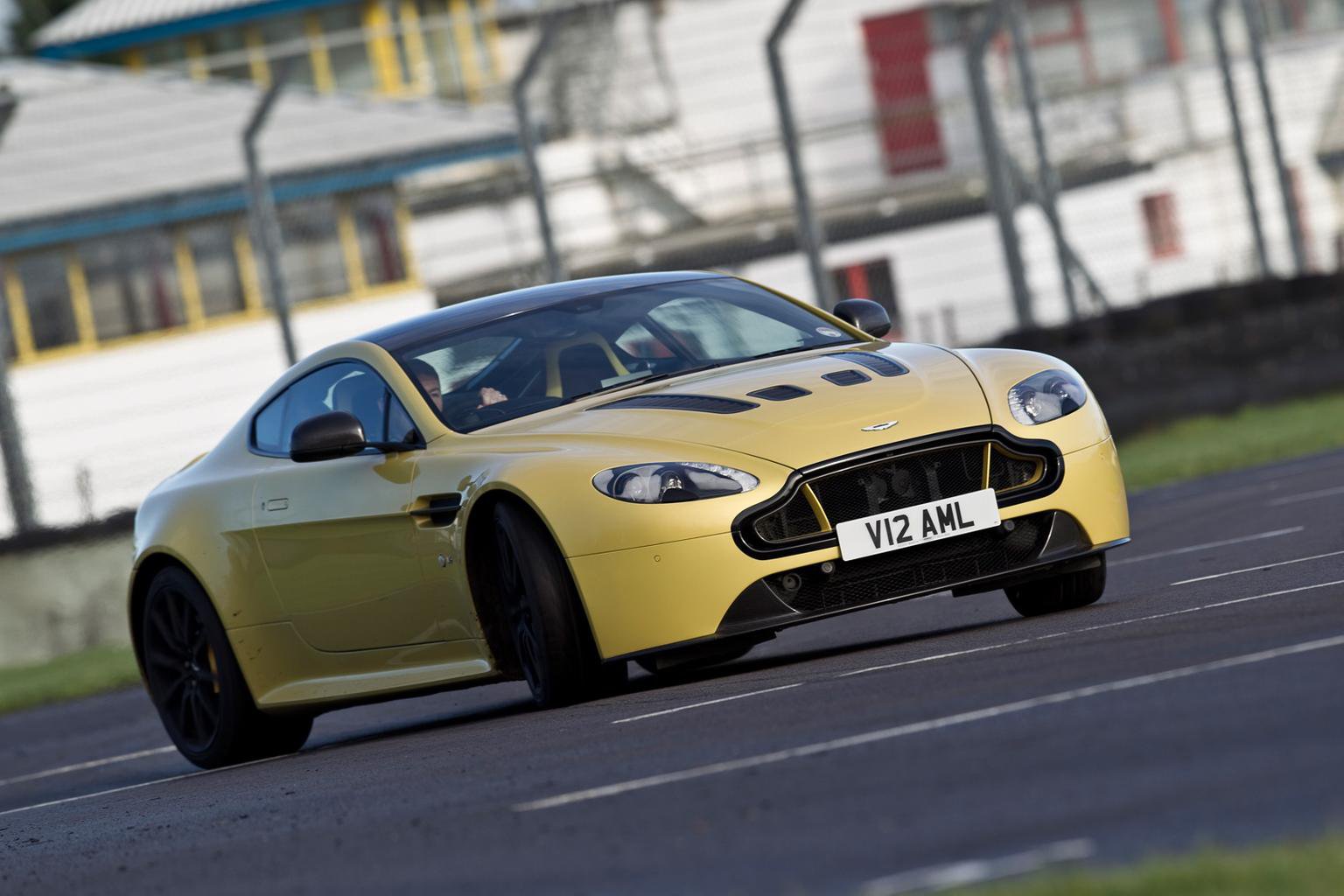 This is the new Aston Martin V12 Vantage S.

If you are a student of Aston badging then the added ‘S’ should grab your attention. Traditionally, it has signified a more powerful, sharper version of a standard model, and with the V12 S it’s no different –this model has enhancements in both speed and handling.

To that effect, Aston engineers have liberated an extra 55bhp from the 6.0-litre engine, taking power up to 565bhp, and have made the engine more flexible from lower revs in the process.

A new exhaust system has also been installed to spice up the noise it makes.

Other changes include new adaptive dampers, which allow you to choose between Normal, Sport and Track settings for the suspension, while the steering has been made sharper.

Another major development is that all that power now goes through a seven-speed automated manual gearbox, rather than the six-speed manual 'box that features in the standard car.

Lastly, there are a few design tweaks, the most prominent of which are a subtly redesigned front grille and bespoke alloy wheels.

What is the 2014 Aston Vantage S like to drive?

The seven-speed paddle-shift gearbox is tricky to get used to and disagreeable even when you do. It’s simply not as effective as the dual-clutch 'boxes in most modern supercars. Upchanges are ponderous, too, especially at low speeds, although down-changes are crisper.

Manouevring at parking speeds is also a pain, because the transmission is clunky at low speeds.

It spoils what is, in most ways, a brilliant driver’s car. Find the right road, push the Sport button and the Aston V12 is wonderful. It’s searingly quick, of course, with a throaty soundtrack to match.

However, it’s also remarkably agile. The steering is informative, delicate and direct in a way that few other modern sports cars can match, including the latest Porsche 911.

The V12 S is also reasssuringly docile when you want it to be. As long as you keep all the safety systems on, you won’t get caught out by all that power going through the rear wheels. Plus, when you’re not in get-there-as-quickly-as-you-can mode the Aston also plays the part of mile-eating GT to a tee.

Yes, you feel most bumps in the road, but the suspension is firm, rather than uncomfortable.

Through a gimlet-eye the Aston’s dash is disappointing. There are far too many small, confusing buttons, the infotainment system is dated and is frustrating to use. In fact, it's one of the worst systems fitted to any modern sports car.

We’d defy anyone not to feel special when sitting behind the wheel, though. There’s an undeniable feel-good factor derived from sitting in the well-shaped, low-slung driver’s seat, peering down the long bonnet and surveying the outside world through the shallow side window.

Furthermore, everything you see and touch is covered in wonderfully soft leather. You can also enhance the interior further with an ‘interior carbon pack’, but this is a seriously pricey option. Either way, the Vantage’s interior is lovely place in which to get on with the business of driving.

It is an experience only two can enjoy, though. Unlike various 911s, the Vantage S is strictly a two-seater. However, there’s a decent amount of space behind those seats and the boot is good by sports car standards.

This is easily the best car Aston Martin makes,  deserving recommendation over the company's larger coupes, such as the DB9 and Vanquish.

In fact, the V12 Vantage S can hold its own against rivals from other manufacturers, although our money would still go in the direction of a Porsche 911 GT3 – it's ultimately more capable and has a more modern cabin. It's significantly cheaper, too.

Assuming you can stomach the higher price and running costs, though, we couldn’t blame you if it was Aston that ended up getting your custom.