The Range Rover Sport SVR has been treated to a comprehensive update in order to fend off newer and more sophisticated competitors. Has it worked?... 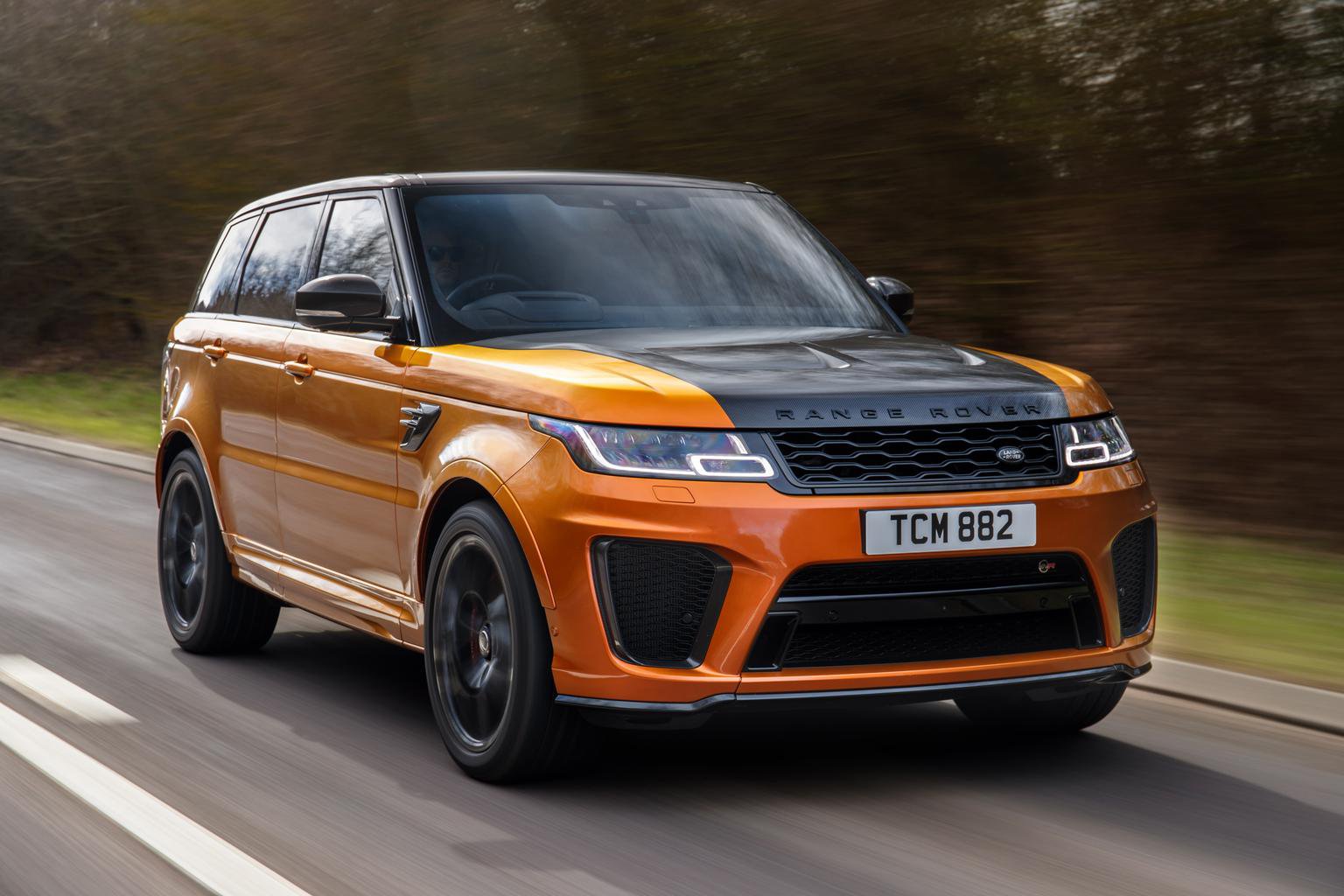 It has been four years since Jaguar Land Rover announced Special Vehicle Operations (a ‘halo’ division set up to develop a range of specialist and limited-run JLR products), and in that short space of time SVO has established itself as a credible alternative to long-standing purveyors of luxury vehicles: Bentley, Aston Martin, Rolls-Royce, Lamborghini and the rest.

From the mind-bendingly quick Jaguar F-Type SVR to the eye-wateringly expensive Range Rover SV Coupé (of which all 999 are spoken for), SVO seems to understand its customers.

Case in point: the Range Rover Sport SVR. It may have seemed like an odd choice to demonstrate SVO’s performance aspirations, but the Sport SVR was the first car to emerge from JLR's skunkworks, and the results speak for themselves: it’s the division’s most successful model, selling 2500 units a year.

And now it has been treated to a comprehensive update. Benefiting from both mechanical tweaks and a wider series of updates that are being introduced to the entire Range Rover Sport range as part of a late-life refresh, the SVR has essentially been re-armed, ready to fend off an attack by the new Porsche Cayenne Turbo and cheaper but no less capable Alfa Romeo Stelvio Quadrifoglio. 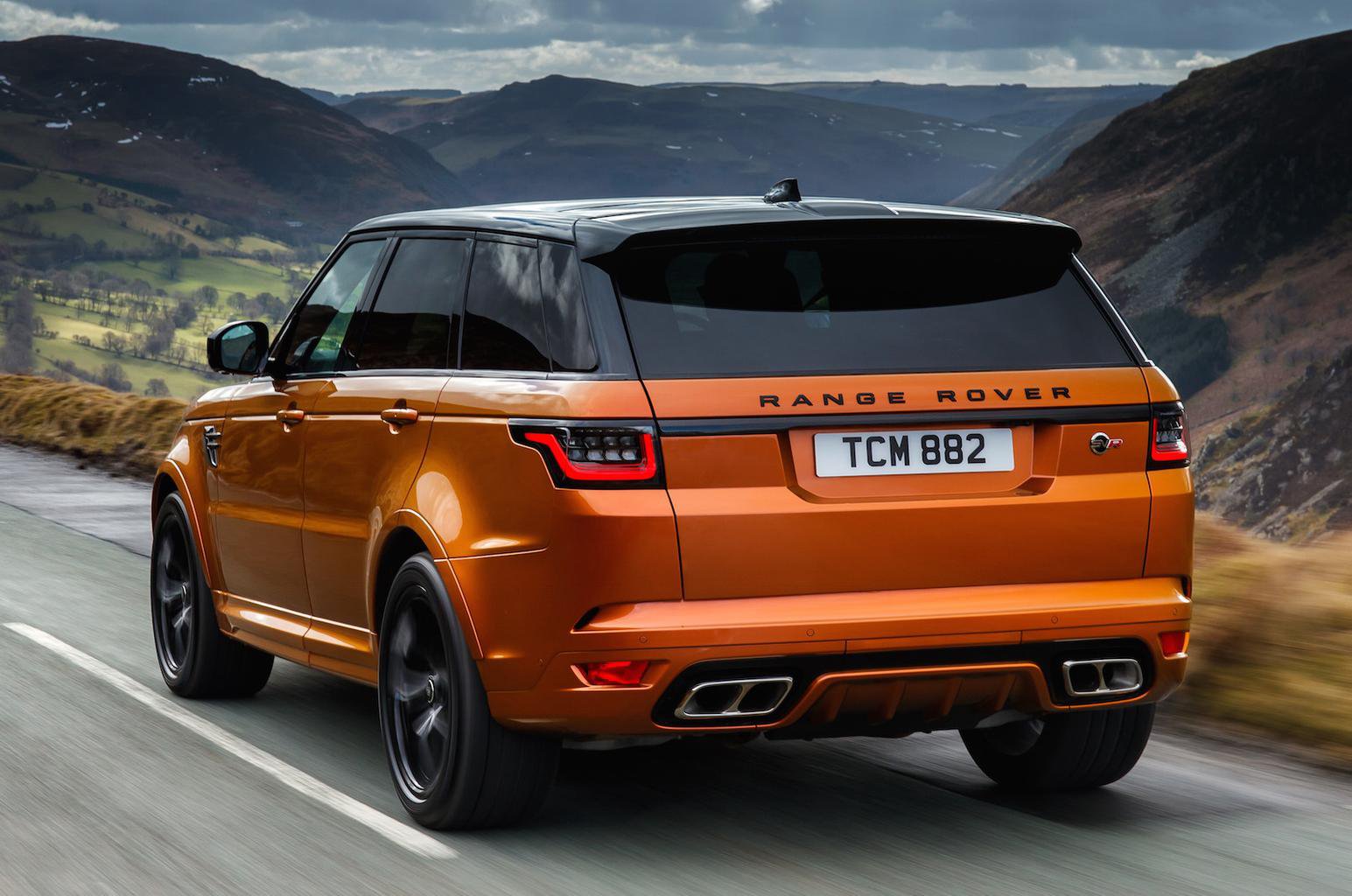 Under the SVR’s vast carbonfibre bonnet (a new addition for 2018) lies a retuned version of its supercharged 5.0-litre V8, now developing 567bhp, identical to that of the Jaguar XJR 575. And while the very same engine has been tuned to elicit a soulful and baritone rasp in the statesmanlike XJ, it sounds like the bass has been doubled here.

Below 30mph, even small throttle inputs have the SVR gurgling, popping and crackling, eliciting some rather scornful looks from confused onlookers. In fact, you’ll find yourself breathing a sigh of relief when you spot a national speed limit sign and can enjoy the delicious, high-pitched wail of its supercharger away from prying eyes. It’s a deeply intoxicating soundtrack that is backed up by prodigious levels of performance.

An earth-moving 517lb ft of torque from just 3500rpm ensures that you soon forget this is a near 2.5-tonne SUV. Acceleration doesn't tail off until you’re somewhere north of 150mph – something we got to test at SVO’s Fen End test track. Although the Stelvio Quadrifoglio is fractionally quicker on paper, the SVR is more dramatic.

However, the engine is not necessarily the most impressive part. For 2018, SVO’s engineers have altered the car's suspension settings, in particular the damping (SVRs use air springs, active dampers and active anti-roll bars) in order to improve handling and ride quality while reducing pitch under acceleration and braking. And while it’s difficult to determine just how effective these tweaks have been without driving the new and old cars back to back, we can say that the SVR is more engaging than any 2.5-tonne car has a right to be.

On undulating country roads, there is deftness and control to the Sport SVR’s ride that would put a fair few super-saloons to shame. Sitting high above it all, it’s actually quite hard to fathom what is going on beneath your leather-clad seat. Turn in to a fast corner and the SVR remains surprisingly flat, thanks to resolutely firm springs, and yet if you hit a sudden compression or rough section of asphalt, the SVR simply absorbs the impact like any self-respecting Range Rover should. It’s marvellous.

Of course, the suspension and chassis have their limits. Drive too aggressively or with ham-fisted inputs and you will end up running wide or triggering the stability control system; this is a top-heavy SUV, after all. But drive smoothly and you can revel in the SVR's fantastic balance, its razor-sharp throttle response allowing you to adjust your angle of attack mid-corner. It’s a fantastically addictive and novel driving experience. 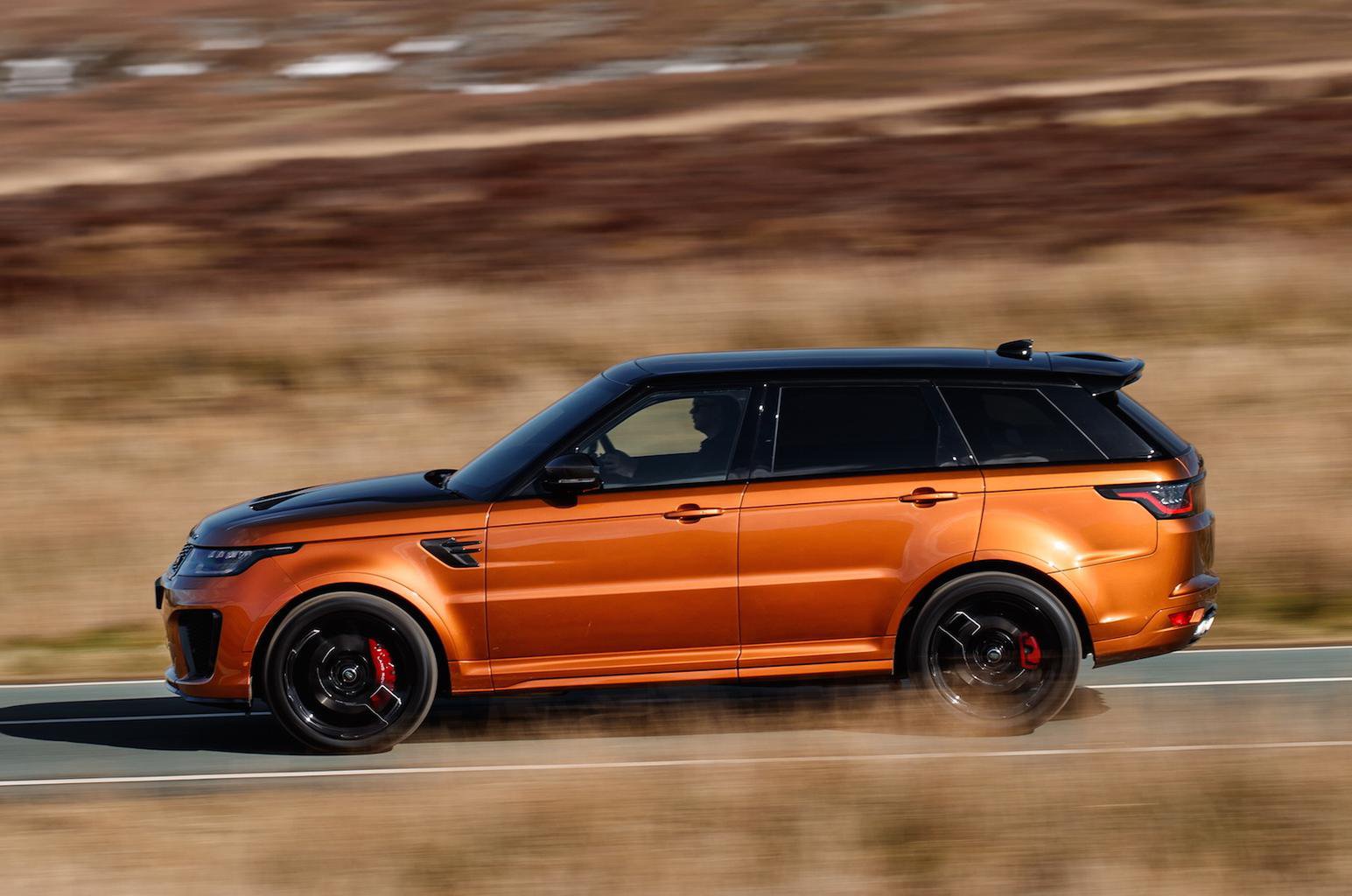 Power increase and suspension tweaks aside, some of the more obvious changes to the Sport SVR take place inside and are aimed at bringing greater levels of comfort and luxury to the driver and front passenger.

To that end, the car now gets a pair of new Supersport front seats that are a whopping 30kg lighter than the previous ones and are noticeably more supportive and comfortable. And SVO has managed to integrate both heating and cooling functions while reducing the size of the seatbacks, in turn allowing good leg room for rear passengers. You can read more about outright practicality in the space and practicality section of our full Range Rover Sport review here.

SVO has also seen fit to upgrade the Range Rover Sport’s dated infotainment system, replacing the single 10.0in touchscreen with the dual-screen infotainment option from the smaller Range Rover Velar. But despite being packed with features, it isn't the most intuitive to use until you've mastered the various screens and functions.

Overall, the impression of the interior is one of luxury and comfort and remains one of the car’s key selling points.