The new Nissan Qashqai will use electrification and mild hybrid technology to improve efficiency and refinement...

Although the Nissan Qashqai wasn’t the first family SUV, it was the first to popularise the idea that an SUV doesn't need to be a heavy, four-wheel-drive off-roader that's expensive to run.

It's the automotive equivalent of the Apple iPhone and Sky TV, then: neither ripped up the rule book, but both rewrote it for the better. And now the Japanese brand is gearing up to move things on again with the launch of an all-new Qashqai, which will face everything from the Seat Ateca and Skoda Karoq to the Audi Q3 and Volvo XC40.

Nissan has been drip-feeding us details for a while, and now we have the first details about the new Qashqai’s engines. 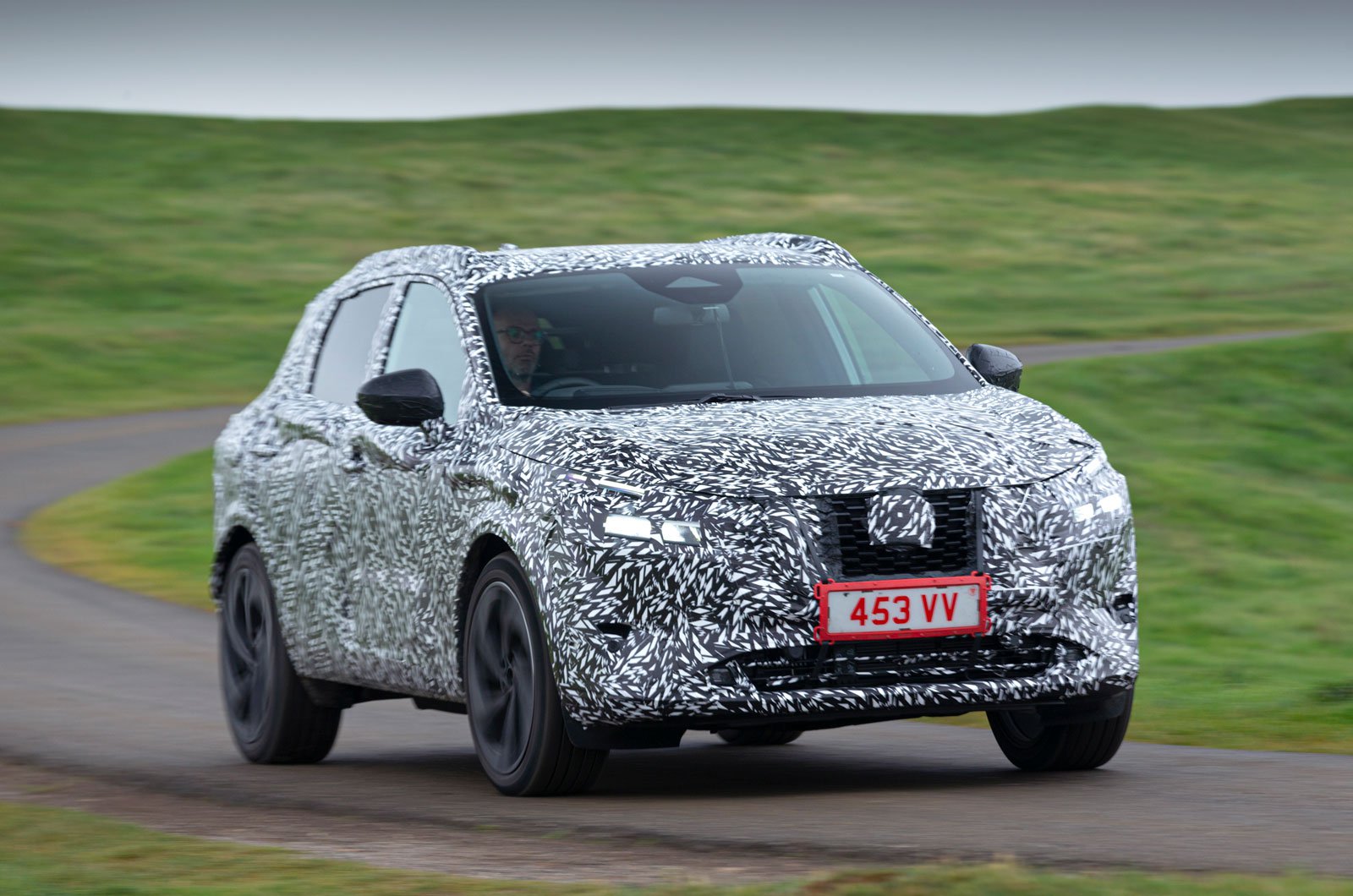 All diesel engines have been dropped from the line-up, leaving an updated version of the 1.3 petrol and a new e-Power hybrid option.

The 1.3 petrol was already our preferred engine choice in the Qashqai and now it will be offered in two outputs: 138bhp and 155bhp. Both of these have gained mild hybrid technology that improves CO2 emissions and fuel economy by assisting the engine and improving the engine stop-start function.

There is a ‘torque assist’ function that enables the car’s lithium ion battery to bolster the engine for up to 20 seconds when it’s doing between 12mph and 68mph. This helps to reduce the load on the engine and improve economy.

As well as recovering energy when the car is decelerating, the hybrid system can switch the engine off when the car is slowing down from 11mph, allowing it to save fuel while coasting to a stop.

The 1.3 petrol will be available with a six-speed manual gearbox or a new CVT automatic. Both versions will be offered in two-wheel drive form, but only the CVT will be on sale with Nissan’s new four-wheel drive system. The four-wheel drive system kicks in sooner than before when it senses a wheel slipping, and it now has five selectable modes – Standard, Eco, Sport, Snow and Off-Road – which alter the amount of power that goes to the front and back wheels. The four-wheel-drive model also has a more advanced rear suspension setup than the front-wheel-drive version. 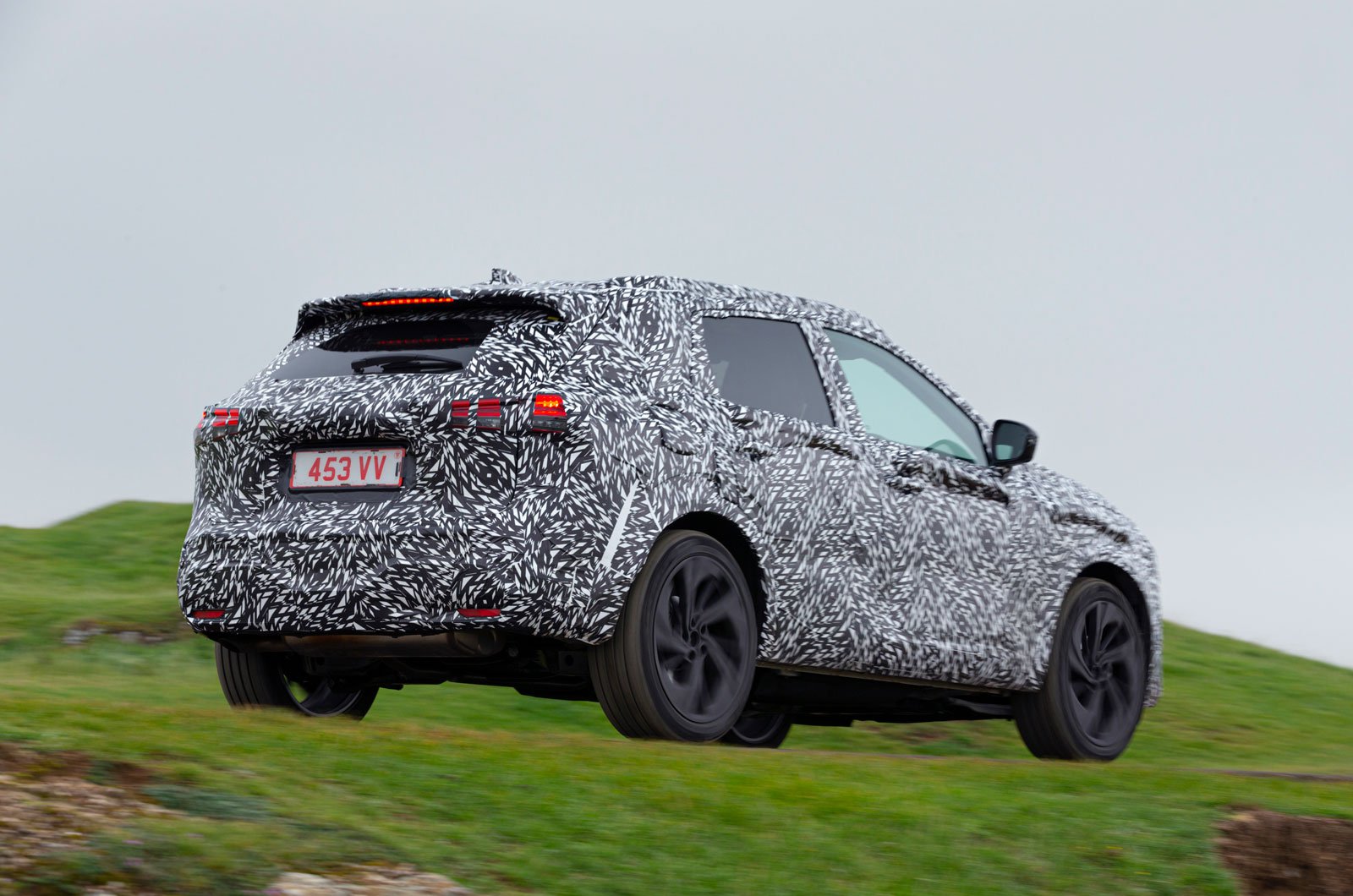 The second engine choice is a new e-Power unit, which uses a 188bhp 1.5-litre three-cylinder petrol engine and an electric motor. Unlike a conventional hybrid system, which continuously switches between the car’s engine and the electric motor, the e-Power system is a range extender setup that uses the electric motor to drive the car almost all of the time. The engine is purely there to top up the battery, although the car can travel for up to 1.8 miles on pure electric power.

Using a large battery, similar in size to those fitted to pure electric vehicles (EVs), the e-Power system is said to provide the instant acceleration of an EV without the anxiety about the car’s range being limited.

Another benefit is ‘one-pedal driving’. At speeds above 10mph, you can drive using only the accelerator most of the time and don’t need to touch the brake pedal, thanks to the deceleration provided by the system.

According to Nissan, the e-Power system enables the car’s engine to run at lower revs than a conventional hybrid when starting up and accelerating, making it quieter and helping to improve efficiency. 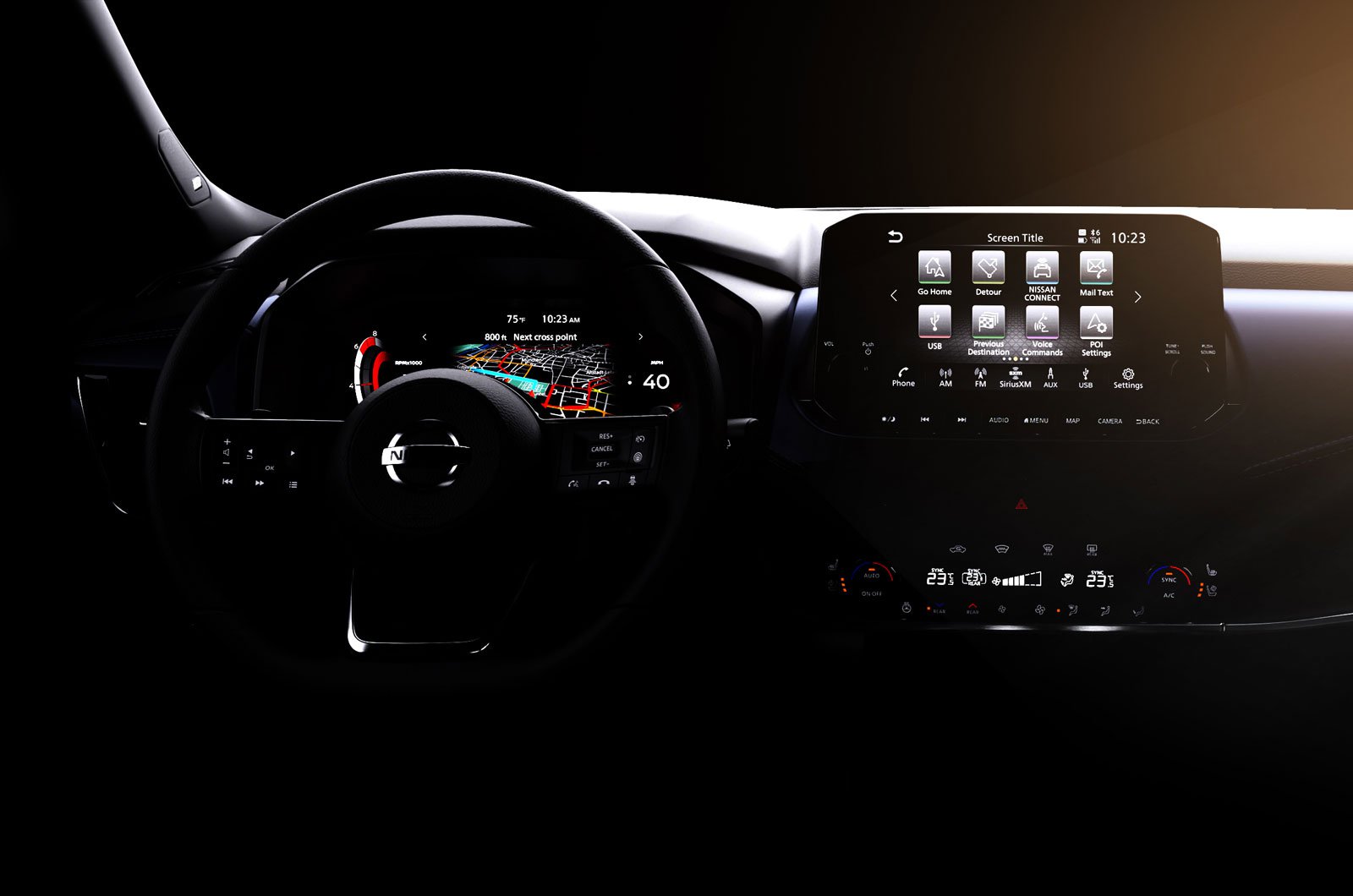 You can expect to find premium materials inside the new Qashqai, plus it will have a digital instrument display (in place of analogue dials) and a 9.0in infotainment touchscreen. The new infotainment system is compatible with Android Auto and Apple CarPlay phone mirroring, the latter wirelessly, and it provides wi-fi for up to seven devices.

New connected services are compatible with Google Assistant and Amazon Alexa devices, and owners can use their smartphone to send sat-nav directions and other commands to the car via an app.

Ahead of the driver, a new 12.3in digital instrument panel offers a choice of layouts showing navigation, entertainment, traffic or vehicle information. This can be controlled via a new steering wheel switch. 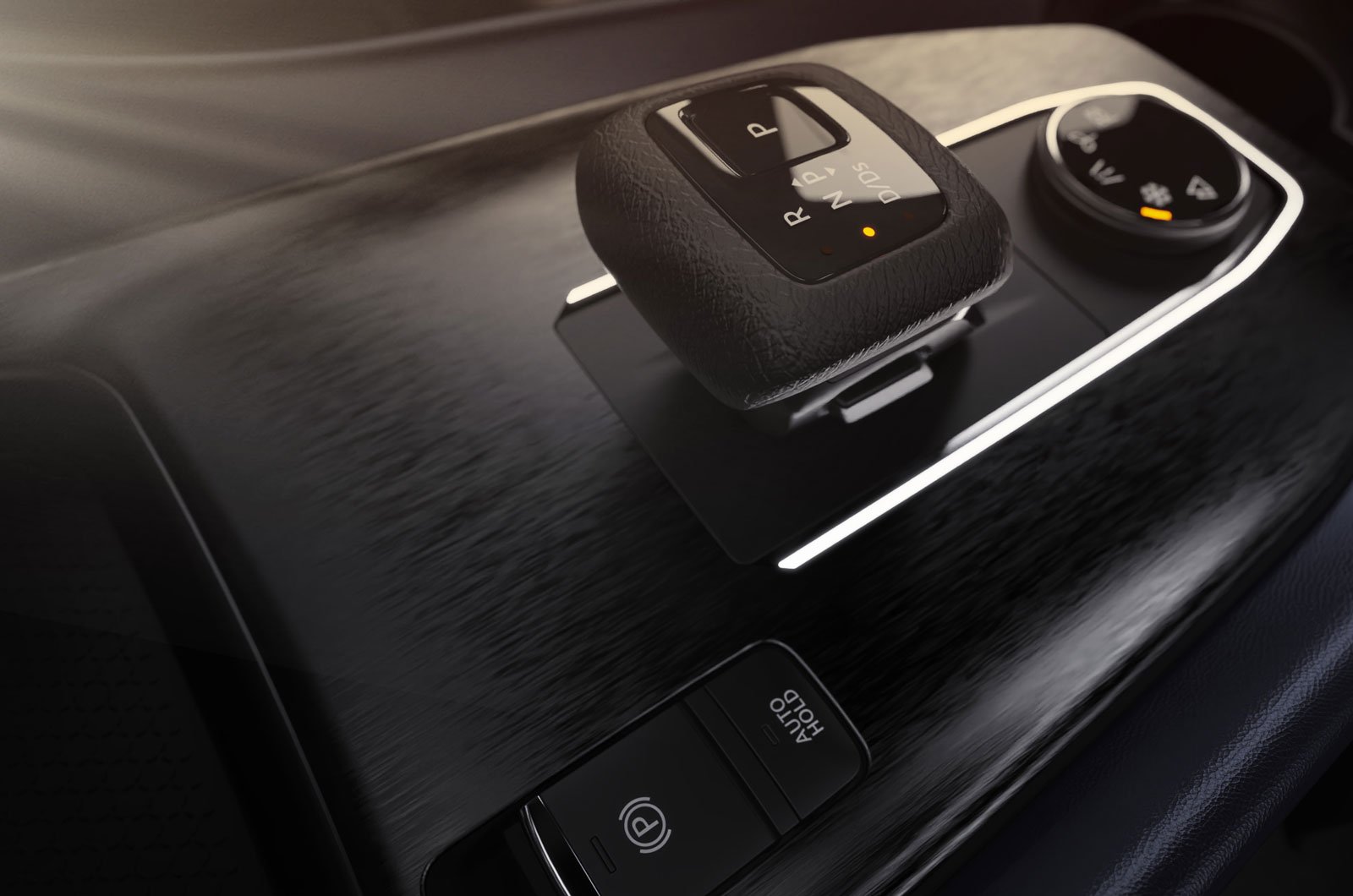 There’s also a new 10.8in head-up display that projects useful information directly onto the car’s windscreen. As well as turn-by-turn navigation commands, it can put driver assistance information such as speed limits in the driver’s line of sight.

Nissan wants the Qashqai to appeal to downsizers who are used to more premium large SUVs, so range-topping models will be available with Nappa leather seats featuring a three-dimensional diamond quilted design. Buyers will also be offered a three-mode massage function for both of the front seats, helping to keep them relaxed and refreshed on longer drives.

Elsewhere, there’s a new front storage cubby that provides wireless charging for smartphones and is large enough for the biggest devices, including the Apple iPhone 12 Pro Max. There are USB-A and USB-C charging ports for wired devices front and rear, too. 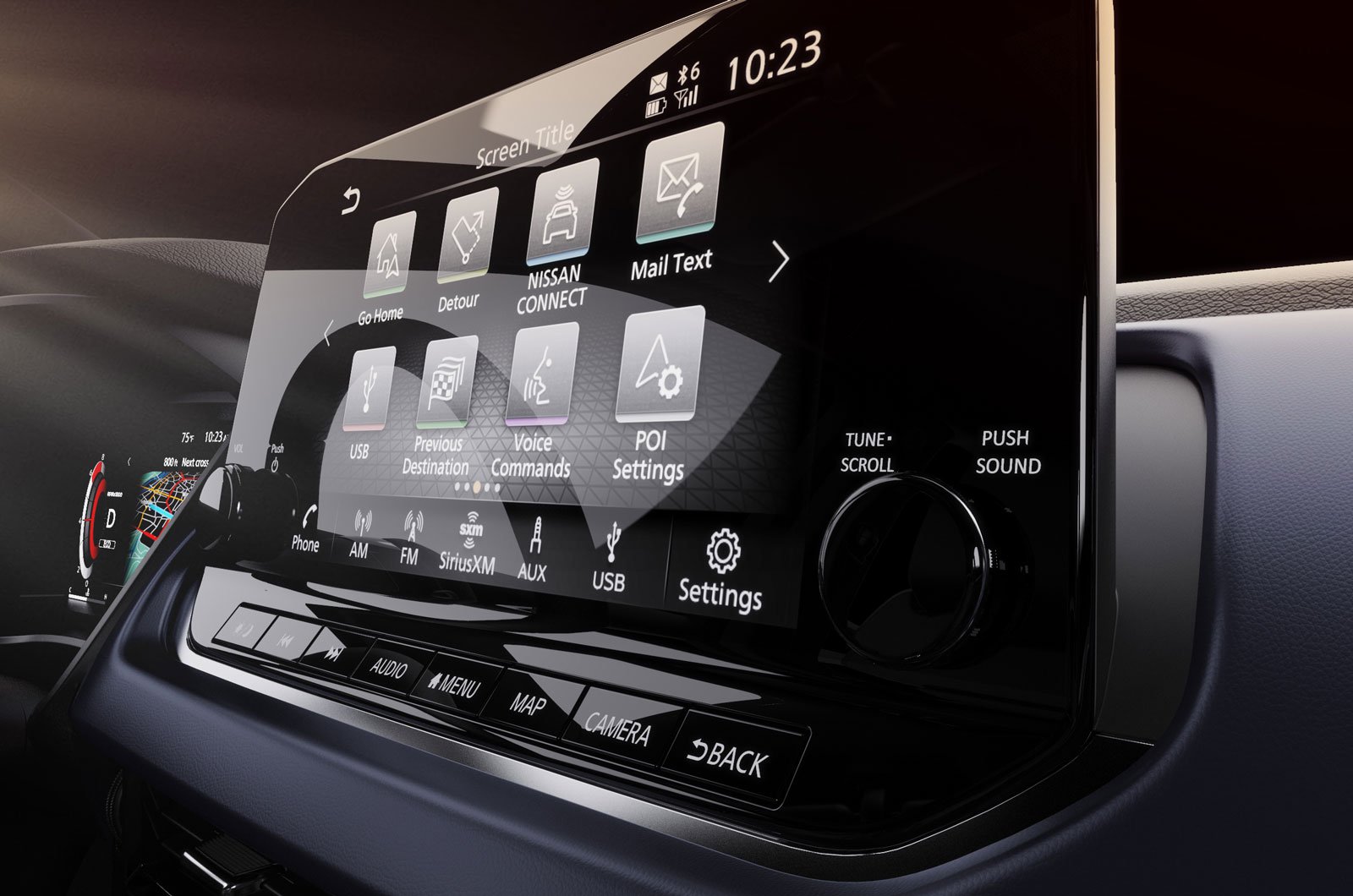 Finally, Nissan has followed the lead of premium brands such as Audi and Land Rover in making its climate controls accessible through dials and a second touchscreen lower down on the centre console.

The new Qashqai is wider and longer than the outgoing car, and it has 50 litres more boot space. That last point is significant, because the current model's boot is on the small side.

Nissan has also shown with the latest Juke that it’s willing to offer more aggressive styling. And from the camouflaged images we’ve seen so far, it seems clear that the slim LED headlights and oversized grille of the 2019 iMQ concept car (below) will be key features of the new Qashqai. We also expect some of its tech, such as cameras replacing conventional door mirrors, to be options on high-end versions. 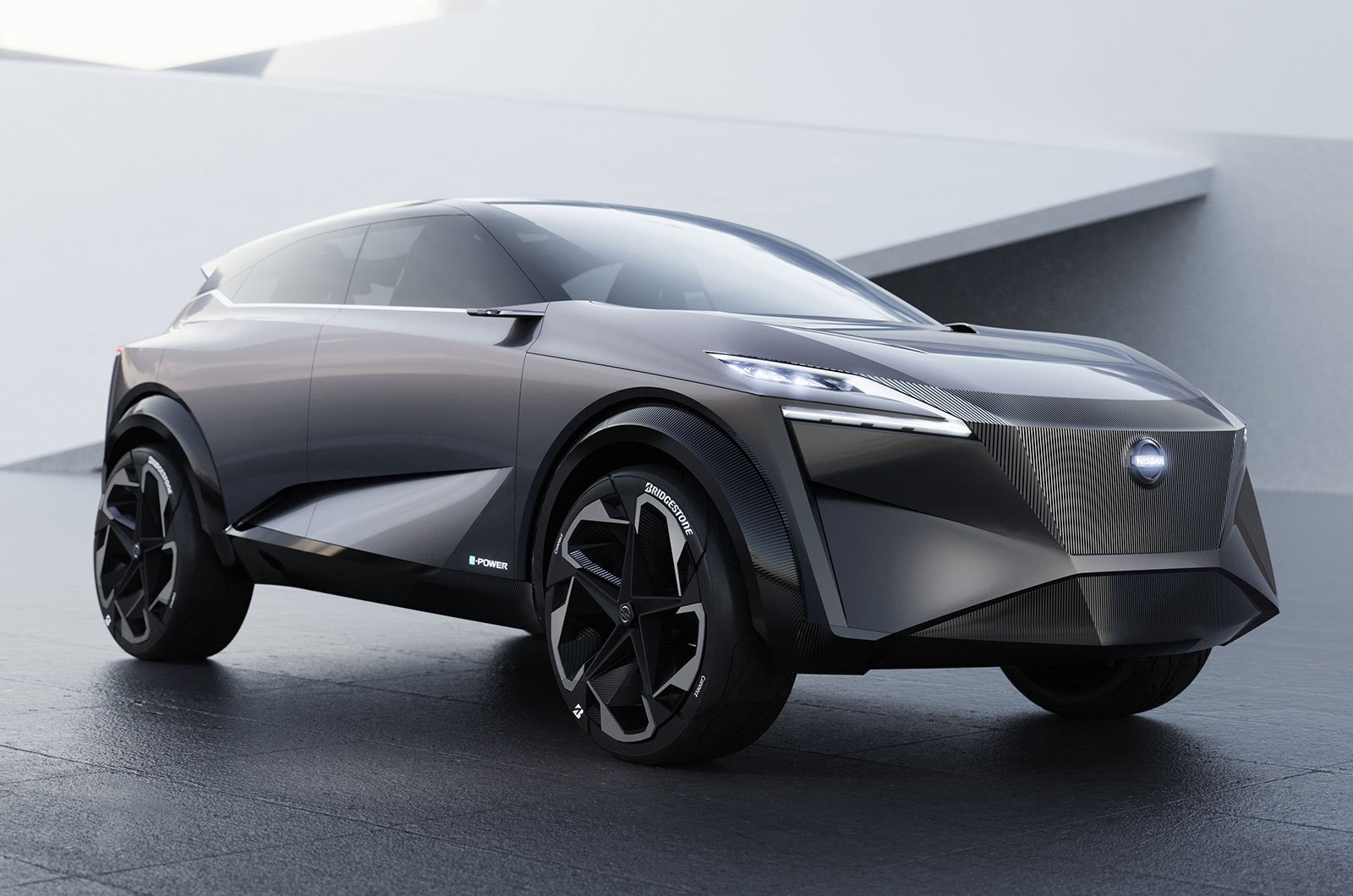 What's certain is that the new Qashqai will get Nissan’s ProPilot driver assistance package. This is able to accelerate and slow the car down in its lane in motorway traffic. What's more, it can read road signs and use sat-nav data to keep you below the correct legal speed, and it can automatically slow the car down if necessary when it’s approaching a corner.

The Qashqai has traditionally cost slightly less than its key rivals, so while prices will rise, we don’t expect them to increase beyond £23,000. And while that would make the new Qashqai more expensive than the Seat Ateca and Skoda Karoq, the three will be more evenly matched on finance deals.