Picture this: you’re lying in a hammock on the beach, slowly swinging from side to side as the world passes you by. If that sounds like your idea of bliss, the Citroën C5 Aircross large SUV should be on your radar.

That’s because it offers a pillowy-soft ride reminiscent of a good hammock, which is sure to take the edge off even the most stressful journey. And this updated version promises to be even more serene.

The interior will certainly have you feeling relaxed, because it now features the same cosseting front seats with heating and massage functions already used in the Citroën C4 coupé SUV.

There’s a higher quality of materials used throughout, too. The scratchy plastics around the base of the centre console have been replaced by a leatherette textile, and the conventional gear selector stick has been replaced by a column of buttons in versions with automatic gearboxes.

Utilities such as the wireless phone-charging pad, the dual USB ports and the electric drive mode rocker switch (in plug-in hybrid models) have been retained from the current car. 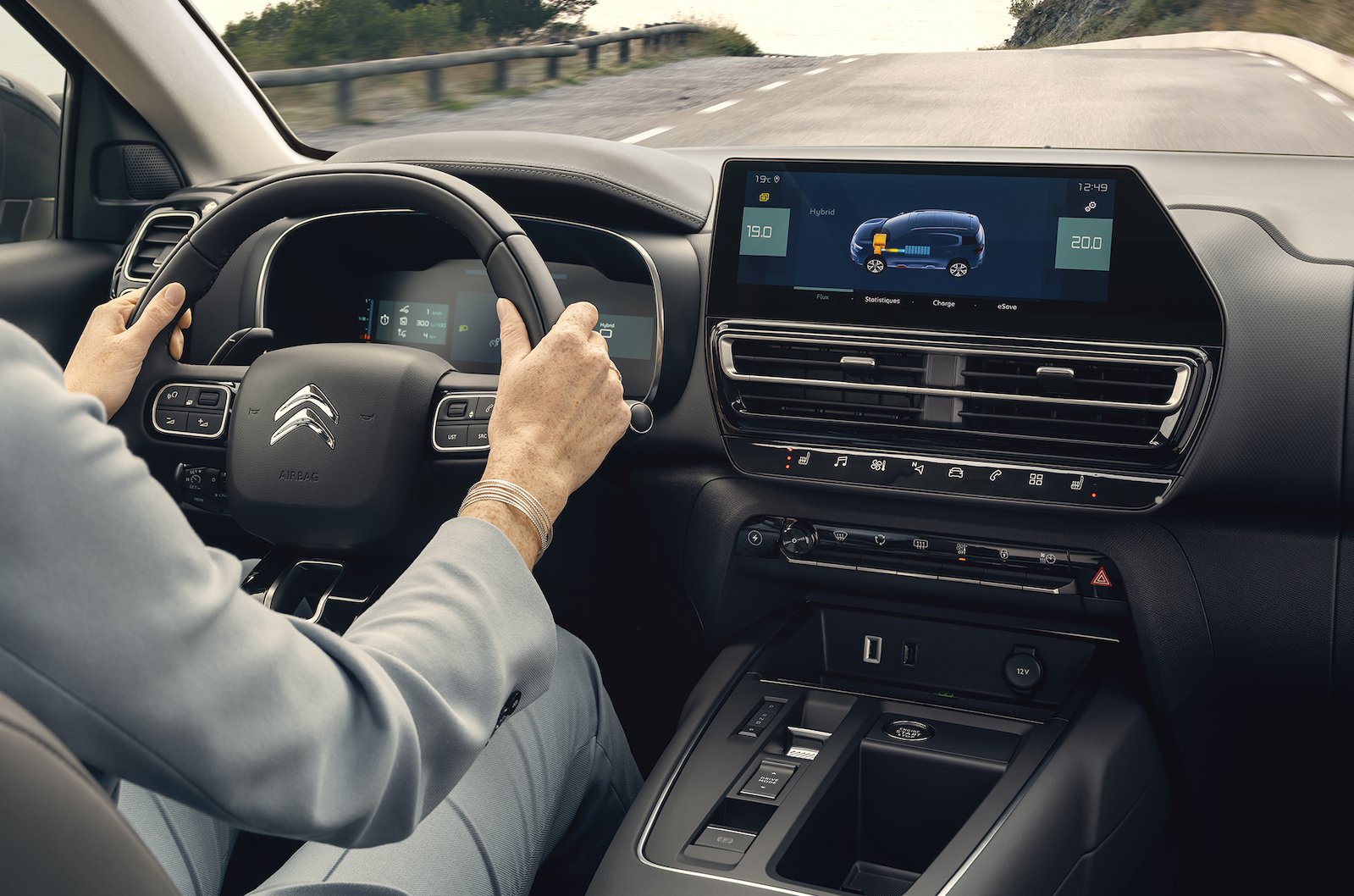 You’ll also be able to pay extra to have the windscreen soundproofed, which should reduce wind noise at motorway speeds.

The interior also includes a new 10.0in infotainment touchscreen, which Citroën says will be more intuitive to use than the current system. That’s because the new software will offer direct access to important controls such as the climate settings, unlike the current iteration, which forces you to explore a deluge of confusing sub-menus. It remains to be seen whether the current system’s frustratingly slow responses to input and its low-resolution graphics have been improved upon.

The engine line-up has been left unchanged, which means you’ll be able to pick a 129bhp 1.2-litre petrol engine, a 129bhp 1.5-litre diesel, or a 225bhp 1.6-litre plug-in hybrid. The petrol is currently our pick of the range because it’s the cheapest option, yet it’s still flexible enough for motorway journeys – pulling more strongly than an equivalent Mazda CX-5 does – and returns up to 47.2mpg. However, the plug-in hybrid is an interesting proposition for company car drivers thanks to the low benefit-in-kind tax rates resulting from its 34-mile electric-only range.

Perhaps the most significant change, though, is that it’s been given a Level 2 semi-autonomous driving system. This means that the car’s driver assistance tech – which include adaptive cruise control and lane-keeping assistance – can take full control of your acceleration, braking, and positioning on the motorway. Nonetheless, you’ll have to remain able to take control in an emergency, or if you approach a more challenging area such as road works. 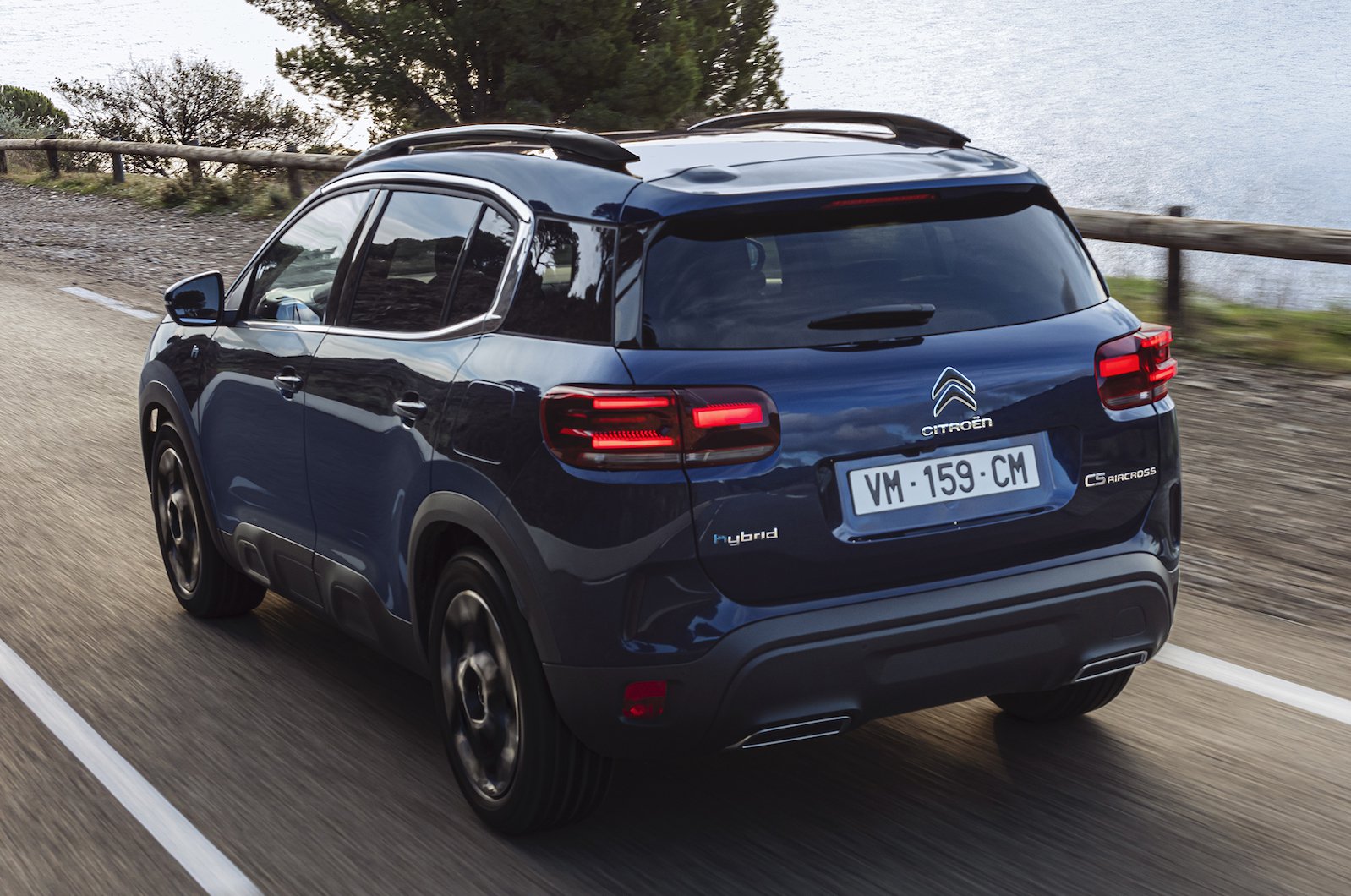 From the outside, the C5 Aircross is more of an evolutionary twist on the current version, rather than a radical redesign. Its grille now features chrome strips running across its width, bookended by V-shaped daytime running lights. Meanwhile, the rear features an updated tail light design which features three ‘blocks’ of LEDs rather than the outgoing design’s four. These tweaks help to give the C5 Aircross a more aggressive look.

Despite the extensive suite of updates inside and out, pricing for the new C5 Aircross is likely to start at £26,500. That’s around £1000 more than the current version, which means the C5 Aircross will retain its position as one of the cheapest large SUVs on sale, beaten only by the MG HS.

Meanwhile, plug-in hybrid versions will begin at around £36,000, which undercuts the rival Ford Kuga PHEV. 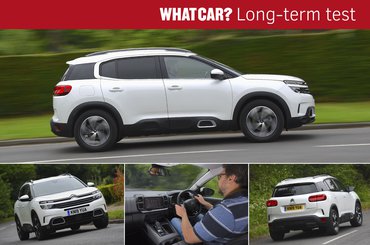 Citroën's largest SUV is based on the same underpinnings as the What Car? Award-winning Peugeot 5008, but is it as easy to live with? We're finding out 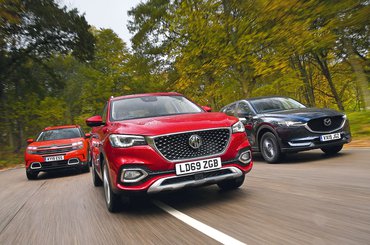 Most and least reliable large SUVs