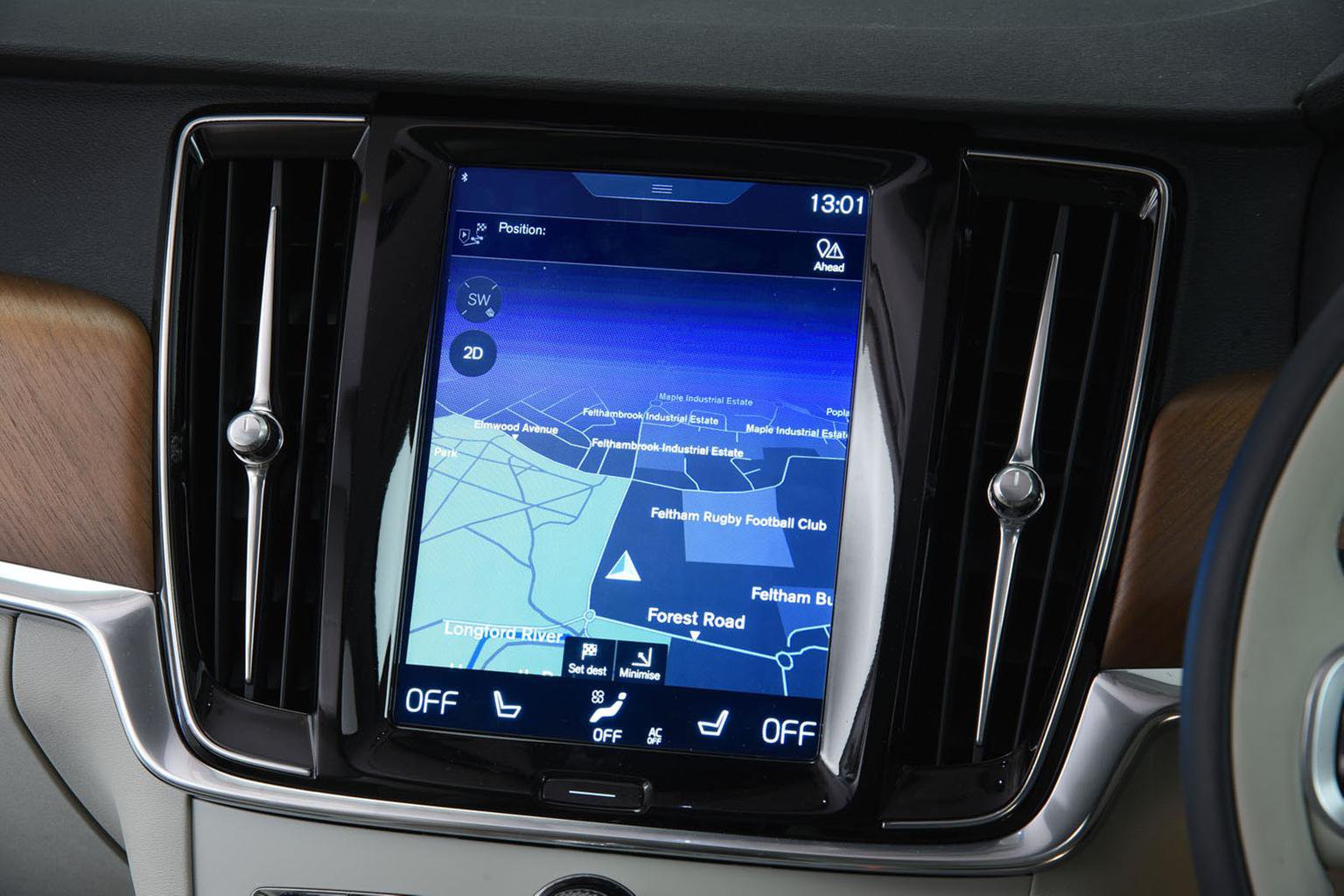 The A6 gets the basics right with a DAB radio, sat-nav and Bluetooth. All are controlled by a central dial that’s flanked by four buttons making the system largely easy to navigate. It feels dated, though; the screen is on the small side and its resolution isn’t as high as those of rivals. Like the others here, you have to pay extra for Apple CarPlay and Android Auto to use your smartphone via the screen. 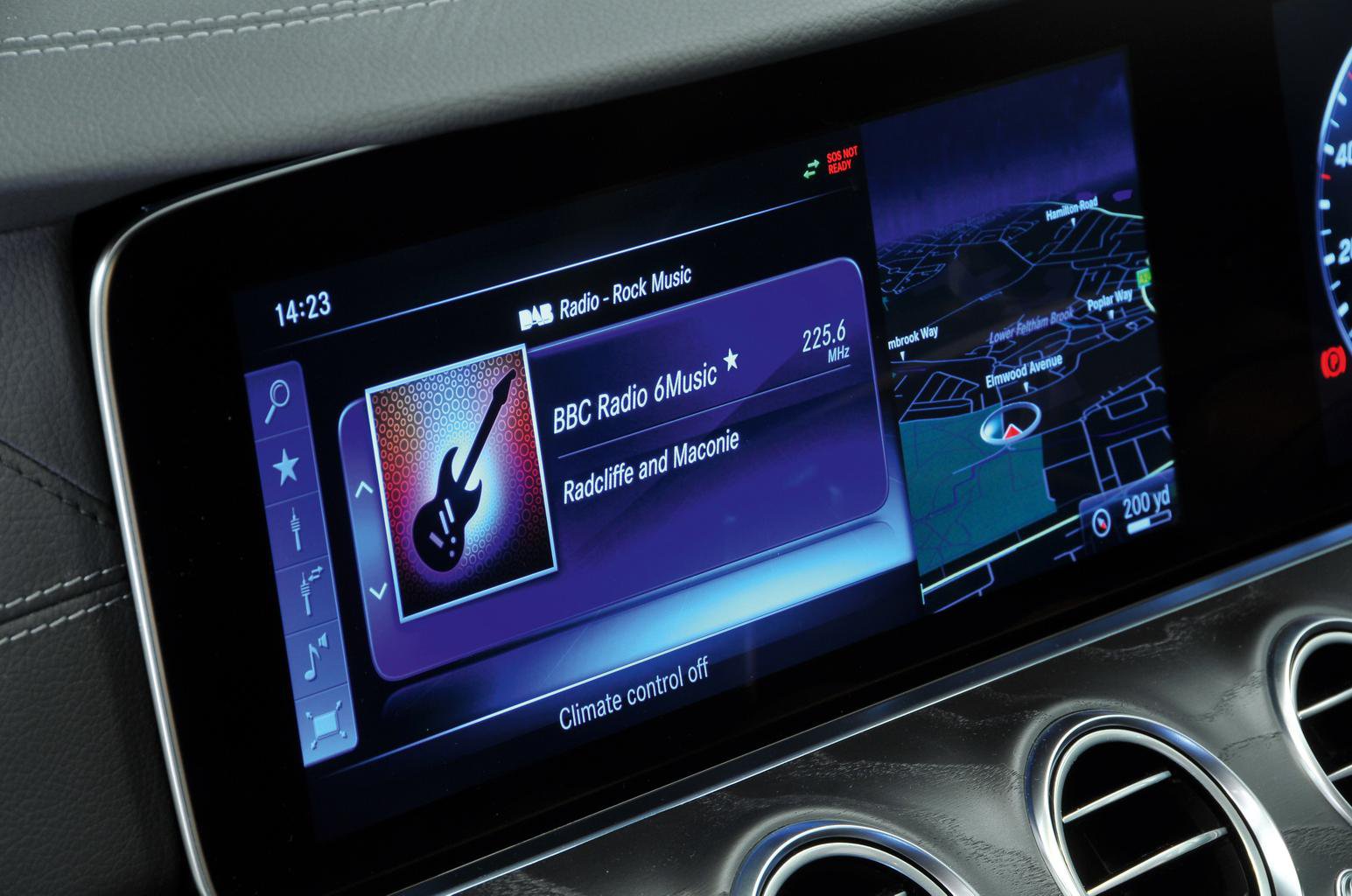 The E-Class’s dash is dominated by a 12.3in display, a £1495 option that’s pricey, but worth it. Digital instruments are another £495 and give the appearance of one big screen. Even without this, a DAB radio, sat-nav and Bluetooth are standard. A dial between the seats lets you scroll through the menus. The graphics of the displays are sharp, but the bottom right corner is blocked if you sit close to the wheel. 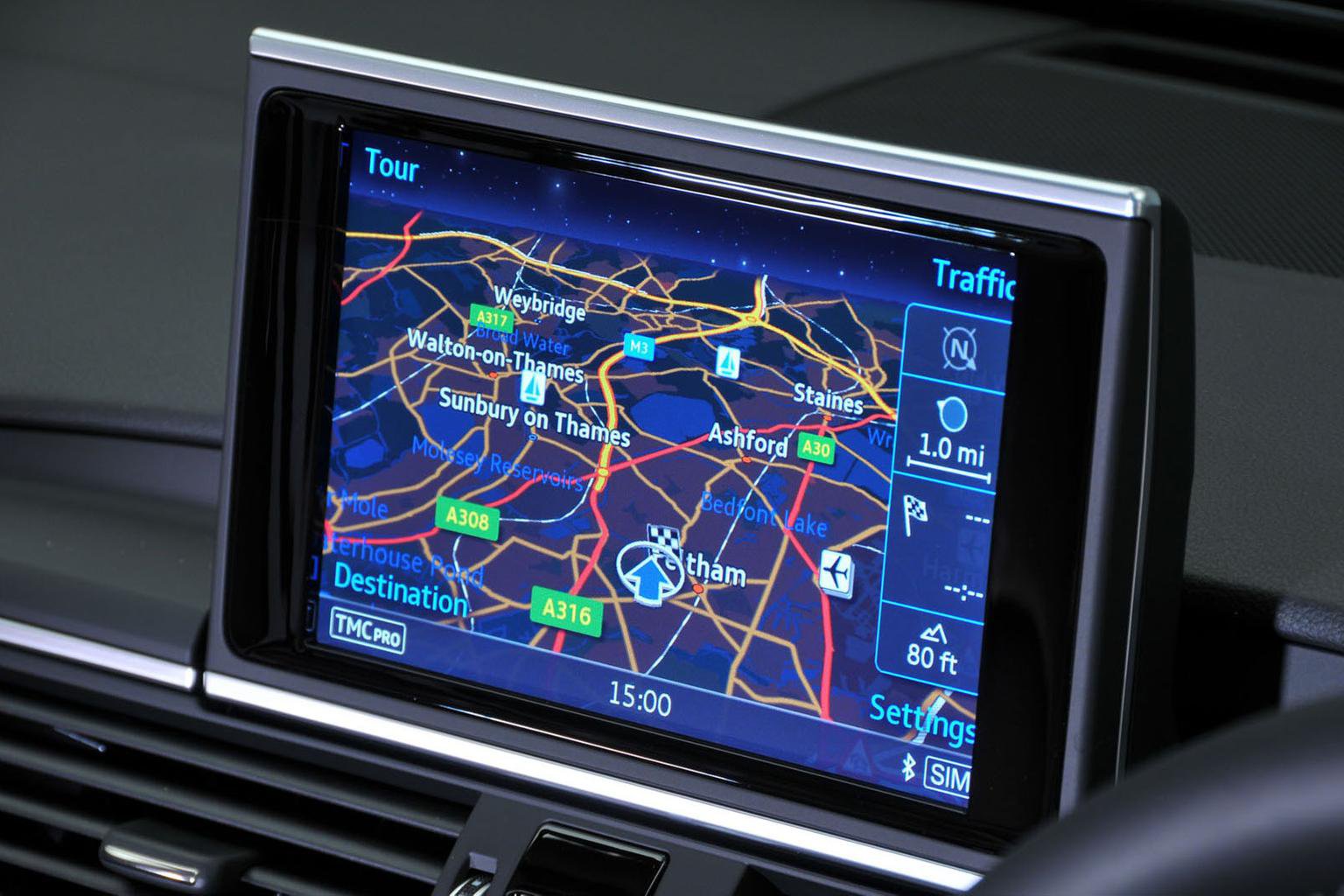 Unlike those of its rivals, the V90’s infotainment system is a touchscreen. Handily, you get a DAB radio, sat-nav and Bluetooth as standard. This incorporates the heater controls, something that proved more fiddly than traditionalcontrols. The 9.0in screen responds to swipes like a smartphone. It might look good, but it can be hard to findwhat you’re looking for in the menus due to icons that are too small.