New Mercedes-Benz SUV will go on sale in the UK in October... 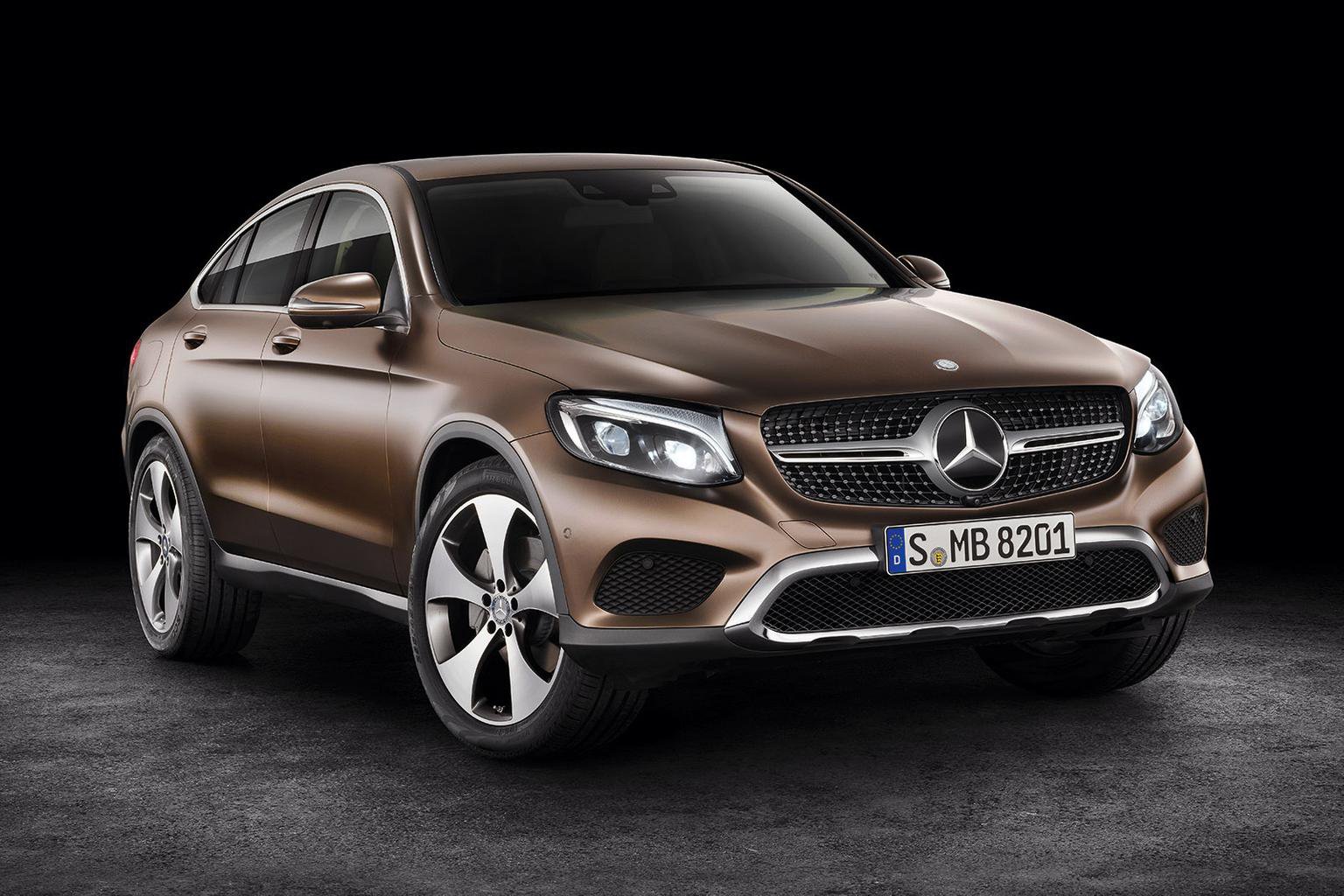 The Mercedes-Benz GLC Coupé is based on the GLC SUV, and is one of a new generation of stylish coupé-SUVs to launch in recent years.

Its main rival, the BMW X4, has already proven that combining the functionality of an SUV with the stylish design of a coupé is a winning formula, so it’s little surprise to see Mercedes-Benz moving into this market.

The GLC Coupé is based on the GLC SUV, and will go on sale in the UK this October. It features an aggressive, bluff front-end design with a deeply raked windscreen and sloping roof, giving the car a more aerodynamic look than the regular GLC, while also keeping the same family design as the larger GLE Coupé.

Its dimensions make the GLC Coupé longer and lower than the BMW X4, with a longer wheelbase - something which should translate to a larger cabin. Mercedes-Benz says the GLC Coupé is capable of carrying 491 litres of luggage with its rear seats in place, rising to 1205 litres with its rear bench folded down - less in both cases than the X4.

At launch, the Mercedes-Benz GLC Coupé will come with a choice of two engines. The first is a 2.0-litre petrol unit developing 208bhp, but a 2.2-litre diesel is expected to be the biggest seller.

The diesel engine is available in either 168bhp or 201bhp forms, with both versions claimed to return 55.4mpg with CO2 emissions of 134g/km. All GLC Coupé models are four-wheel drive as standard, and come with a nine-speed automatic gearbox.

Early next year, Mercedes-Benz will also introduce a hybrid version of the GLC Coupé, which will be able to travel up to 19 miles on electric power alone, and will feature a 2.0-litre petrol engine mated with an electric motor.

A range-topping GLC43 AMG Coupé is also planned, and will feature a twin-turbocharged V6 petrol engine with 362bhp. In this form, the GLC Coupé is capable of reaching 62mph from a standing start in under 5.0sec.

Rear-wheel-drive versions of the GLC Coupé are also being investigated, as is the option of a manual gearbox for certain models.

The cabin of the GLC Coupé is based on the C-Class, and features the same layout and equipment as that car. There’s a free-standing central infotainment screen, high centre console, seating for five and a raised driving position with a chunky steering wheel inside.

The list of standard equipment is generous, and includes 18in alloy wheels, a reversing camera and keyless go as well as safety equipment including collision prevention and driver attention monitoring. Drivers can also specify extras including a sporty body kit, larger alloy wheels and a louder sports exhaust.

Mercedes-Benz has yet to reveal official pricing for the GLC Coupé, though it’s known that the model will command a small premium over the regular GLC, which means the range should start at around £38,000. At that price, the GLC would be slightly more expensive than the BMW X4, which is priced from £37,545.

The GLC Coupé’s main rival is the BMW X4, which is regarded well on What Car? and gets a solid four-star rating. Other premium SUV rivals include the Porsche Macan and Jaguar F-Pace.