Nissan has updated the Qashqai family SUV again – but should you still consider it when you could have a Seat Ateca or a Skoda Karoq instead?... 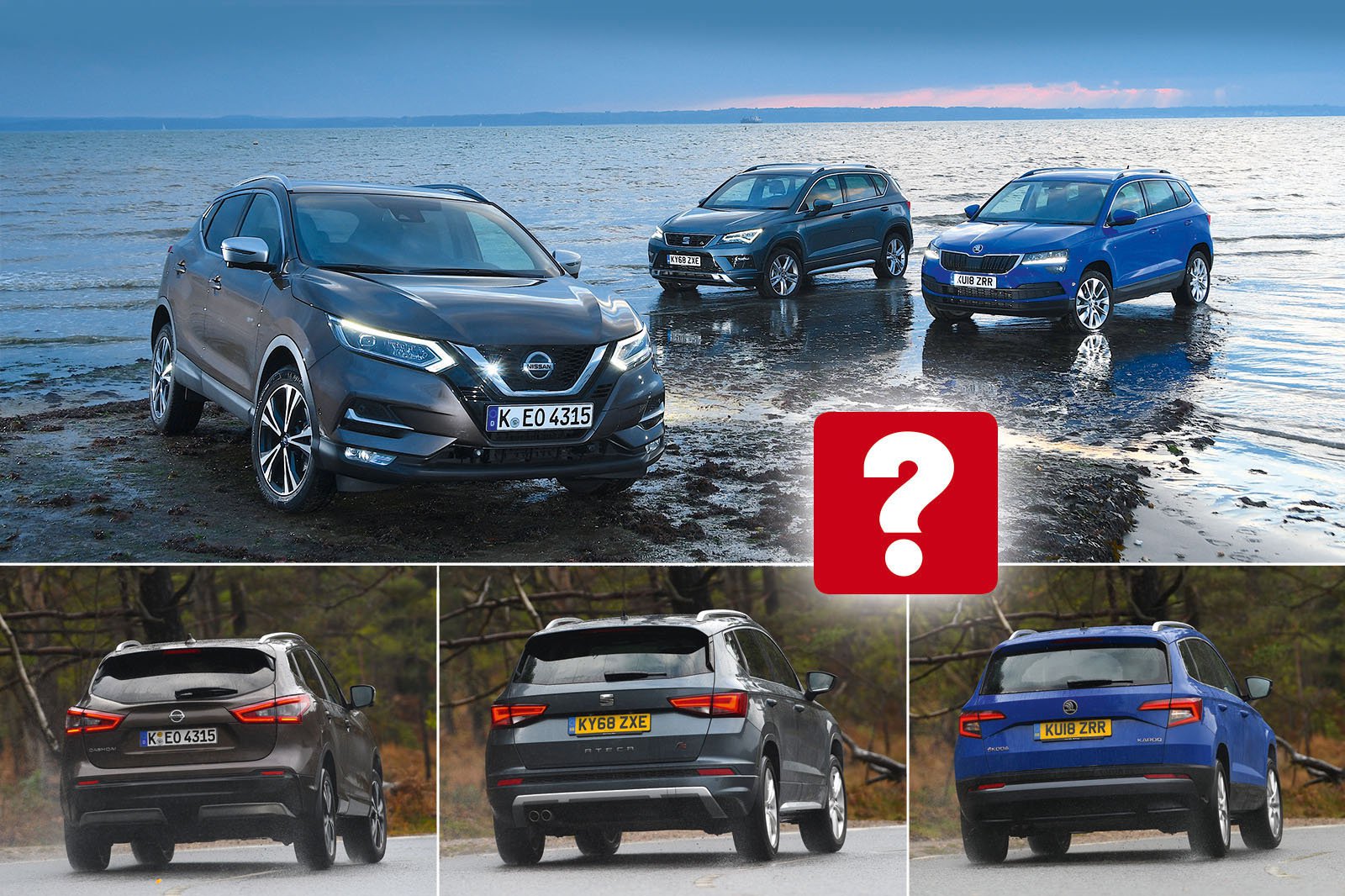 Ateca also has a new petrol engine: a 1.5 turbo that replaces the old 1.4.

The car the others have to beat, setting the benchmark at this price point since launch in 2017.

Ding, ding: round three. The Nissan Qashqai, once undisputed king of family SUVs, has already lost out to the Skoda Karoq and Seat Ateca on two occasions. The most recent skirmish was just a few months ago when a revised Qashqai, with tweaked suspension and a smartened-up interior, went the distance with the Karoq but was comfortably beaten on points.

Nissan just won’t give up, though; it’s made even more improvements to its best seller. This time, the changes are mostly under the bonnet, with several new engines, including the 138bhp 1.3-litre petrol that we’re focusing on here. But as a bonus, there’s also a new infotainment system with better smartphone connectivity.

It’s the Ateca and Karoq that once again stand in the Qashqai’s way of class supremacy. The Ateca may be more aggressively styled than the Karoq, particularly in sporty FR trim, but the two cars are actually very similar underneath –especially now that the Ateca is available with the same 148bhp 1.5-litre petrol engine. 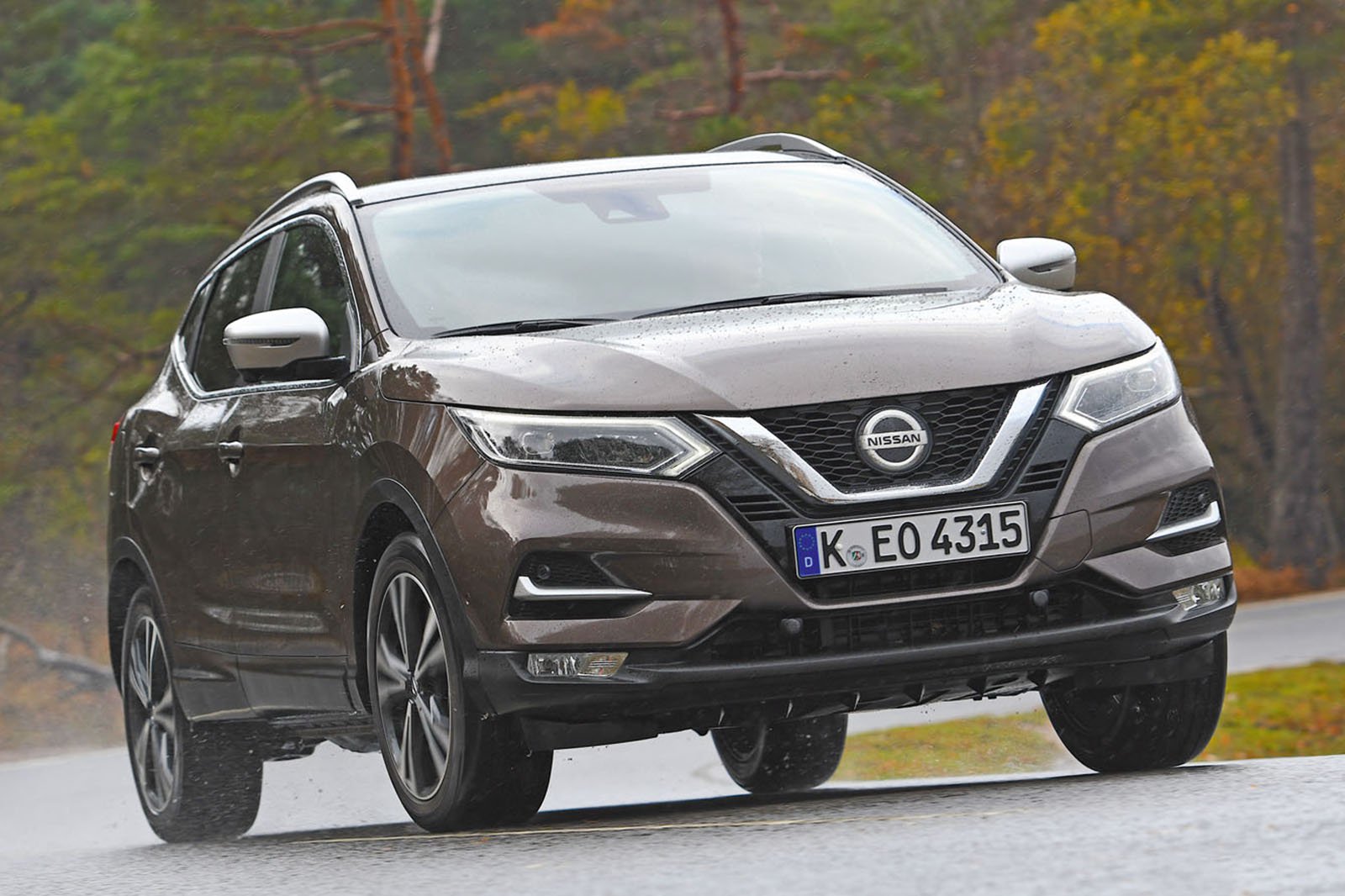 Because the Ateca and Karoq have so much in common, including identical engines and gearboxes and the same size of wheels and tyres, it’s hardly surprising that there’s barely a fag paper between them when it comes to straight-line performance. Both cars are more than gutsy enough to haul around a full complement of passengers and a bootful of bags –even when the road gets hilly or you need to get where you’re going in a hurry. Acceleration is reasonably brisk above 1400rpm, so you won’t find yourself stirring the gearbox continually, trying to find the engine’s power.

The only reason the Ateca managed the 0-60mph dash slightly quicker is that its traction control system allowed it to get away from the mark more cleanly in the damp conditions in which our tests were conducted. But let’s face it: how often are you going to be trying to make the perfect getaway from a set of traffic lights in your family SUV? 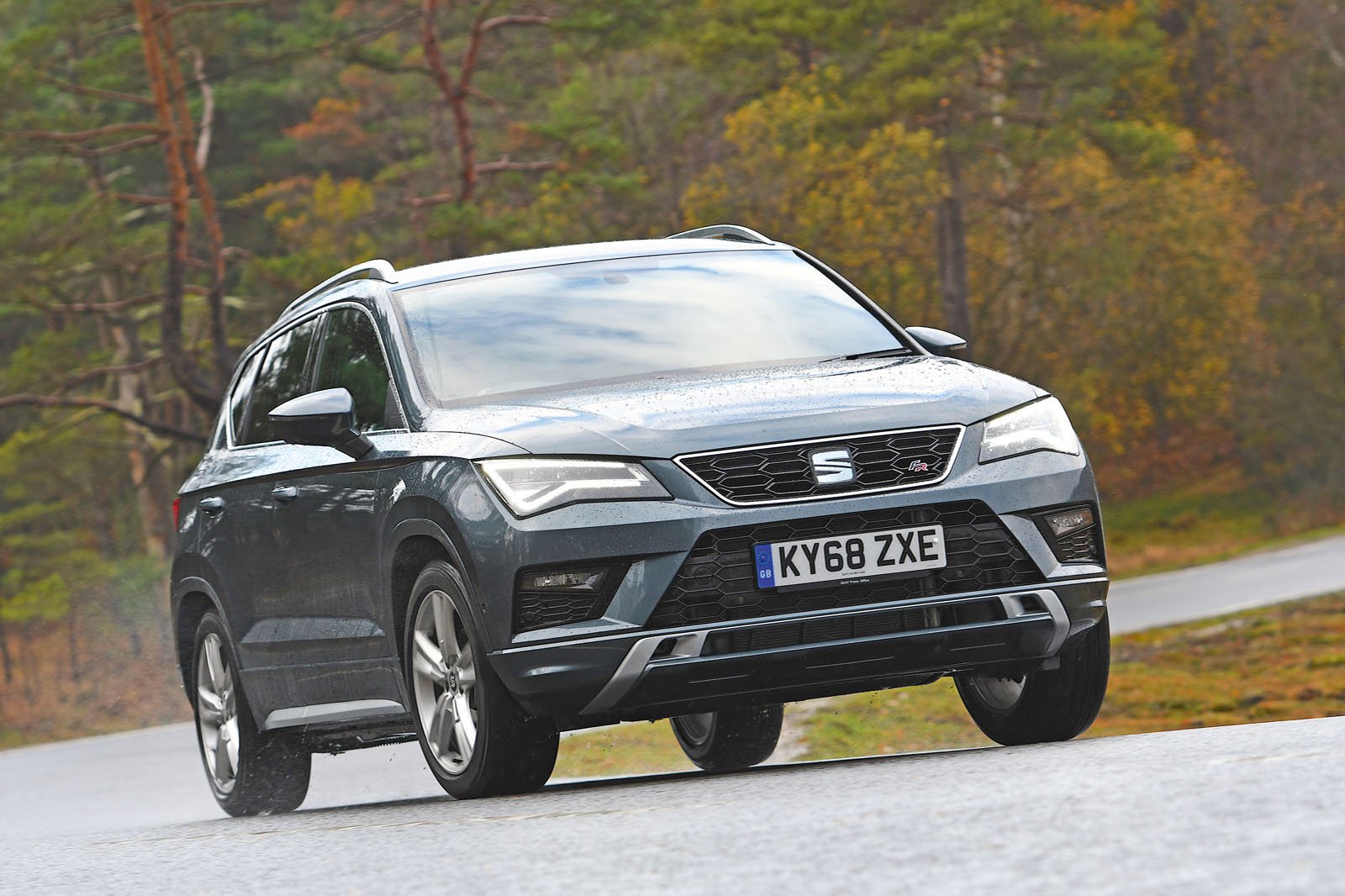 There’s no question that the Qashqai’s new 1.3-litre engine is a huge improvement over the feeble 1.2 it replaces. It’s 10bhp down on its rivals here, but the Qashqai actually builds speed quickest of all from low speeds in the higher gears. It isn’t even that much slower than the others when you rev the engines hard and accelerate up through the gears.

Better still, the Qashqai has the most muted engine (the Karoq’s is marginally noisier than the Ateca’s), but it’s actually the rowdiest motorway cruiser, due mainly to suspension and road noise. The latter is reduced if you opt for smaller-than-standard 17in wheels, which are a no-cost option. The Ateca is the most peaceful at a steady 70mph by a couple of whiskers.

Opting for smaller wheels also noticeably improves ride comfort in the Qashqai. With the standard 18in wheels fitted, the car jostles you around the most along scarred roads and is the least settled on the motorway. The Ateca is more firmly sprung, so bigger bumps are dealt with in a more abrupt manner, but excellent damping means there’s actually less of a shimmy along pockmarked streets and on the motorway. 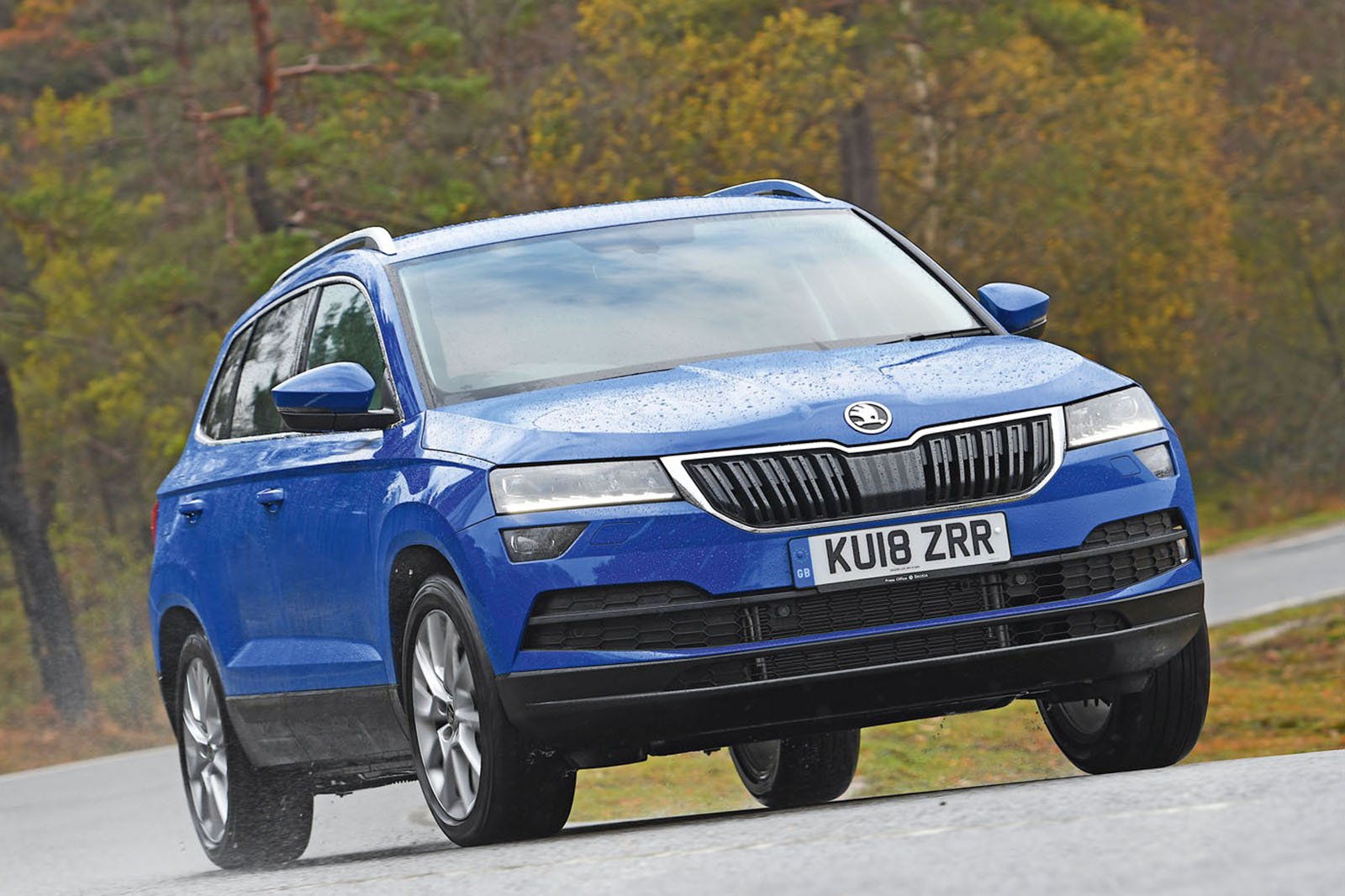 Mind you, the Karoq is the most comfortable of our trio, most of the time. Its suspension keeps body movements almost as tightly controlled as they are in the Ateca, but there’s a bit more compliance over potholes and the like. In short, it’s a fine compromise for a family SUV.

The Ateca’s stiff suspension means it stays the most upright through corners and its variable steering (lock is applied at a faster rate the more you turn the wheel) makes it feel even keener to tuck its nose into bends. But the Karoq is still relatively darty by class standards and, as long as you choose Sport on the drive mode selector when you’re out of the city limits, its steering is nicely weighted and reasonably accurate.

If you want something sporty and hatchback-like to drive, the Qashqai will impress you the least. It’s far from a blancmange through corners, but it does sway about the most and its steering doesn’t provide you with quite the same connection with the road as you get from the others. That said, the Qashqai’s Pirelli tyres gripped the road far better in damp conditions than the Bridgestones fitted to the Ateca and Karoq.