More for you |
New Peugeot 208 & Renault Clio vs Volkswagen PoloPeugeot 205: best cars in the history of What Car?Company car drivers want electric carsConfessions of a car salesmanBest cars in What Car? history: how they've evolved
Home
Feature
New Peugeot 208 vs Audi A1 vs Mini hatchback
feature

Peugeot’s new 208 aspires to go toe-to-toe with posh small hatches such as the Audi A1 and Mini 5dr. Let’s give them a good workout... 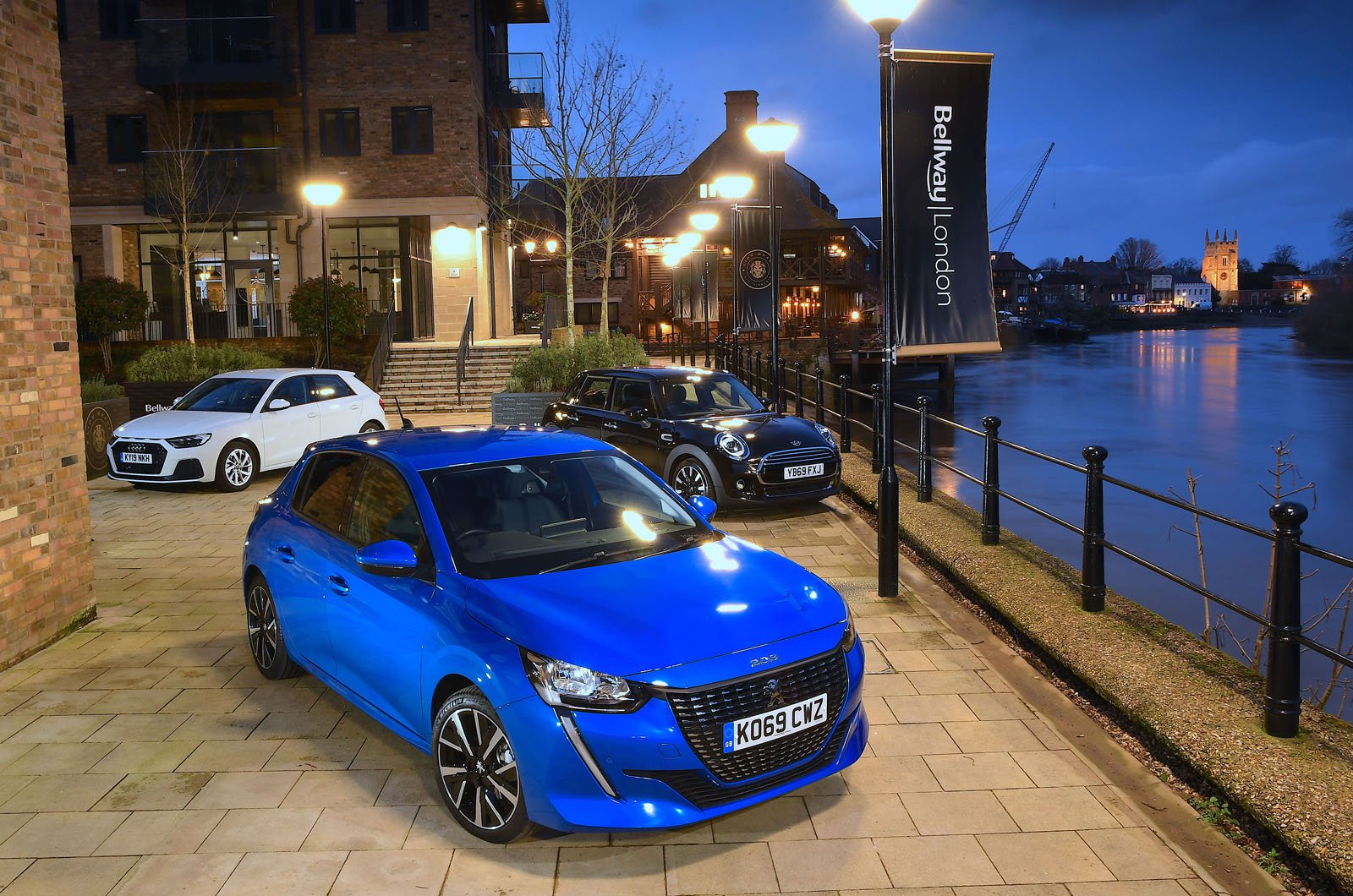 Audi’s smallest model has plenty in common with the Volkswagen Polo, but that’s no bad thing.

Five-door version of the popular Mini can still turn heads, but is it a good buy?

New 208 has already impressed against mainstream rivals, but can it compete with premium options?

Upward mobility. It's not an uncommon or unworthy quest in life, and it’s something Peugeot has been working tirelessly to achieve. A decade ago, most of its models struggled to compete with mainstream rivals; now many of them have the premium-badged competition in their sights.

But with that steady progress has come an equally steady rise in prices. Indeed, Peugeot’s latest small hatch, the 208, costs a fair bit more to buy than an equivalent Volkswagen Polo; that’s one of the main reasons why it lost out to that car in a previous match-up.

In fact, in range-topping GT Line trim, the 208’s price creeps well into the posh end of the small car market, cornered by the Audi A1 and Mini hatchback. Can the 208 really compete in such company? 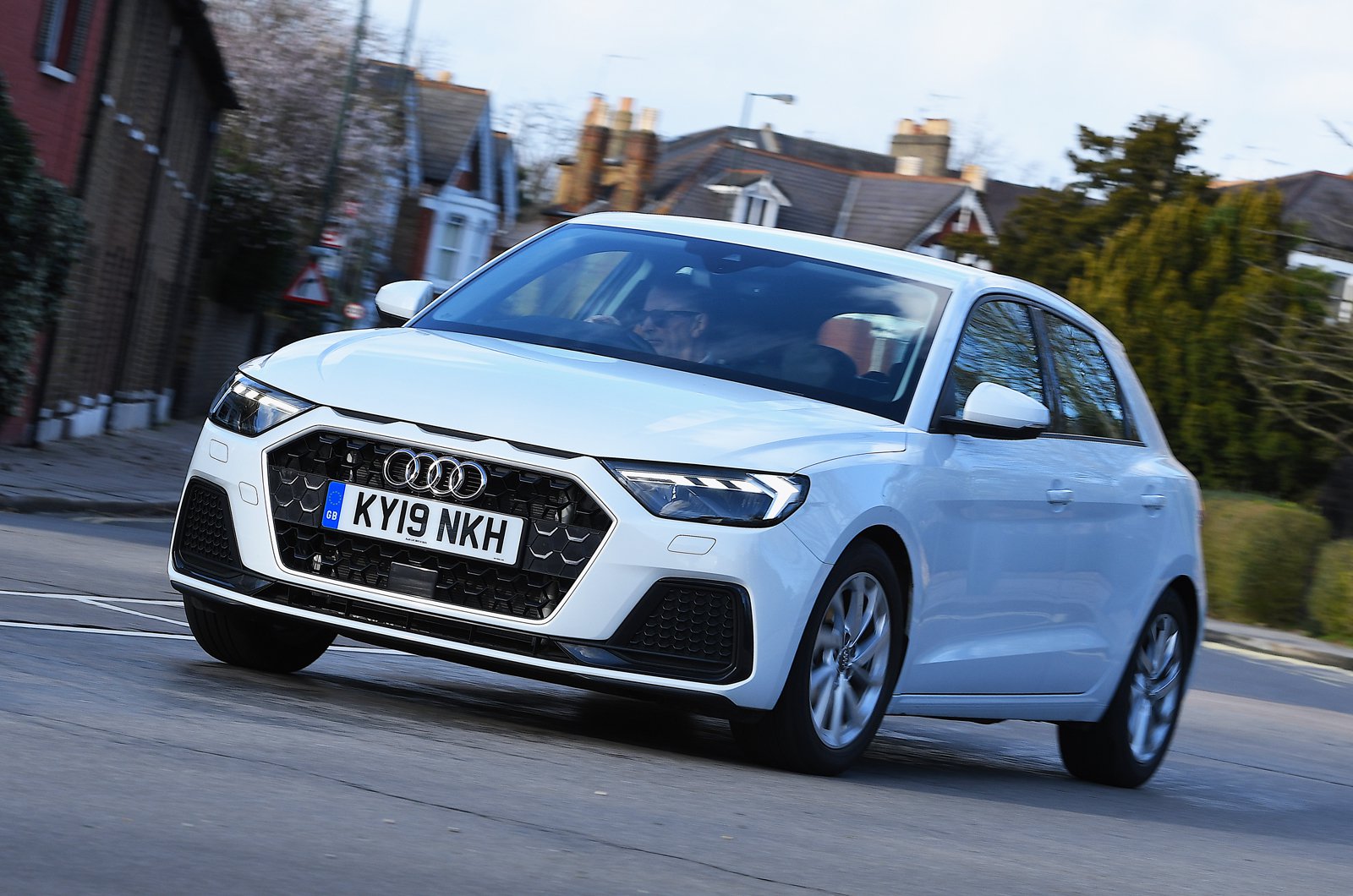 You’re probably expecting to hear that the Mini is the sporty choice, and when it comes to straight-line performance, it certainly is. With a larger, more powerful engine than its rivals here, it’s the only one you could genuinely describe as nippy, and it can easily beat the other two away from a set of traffic lights.

The A1 comes second in the 0-60mph dash, despite having the smallest engine of our trio, with the 208 bringing up the rear. However, thanks in part to its shorter gearing, the 208 actually picks up speed quickest when you accelerate from low revs in a high gear, something that’s handy on A-roads and motorways.

It’s also easier to drive than the Mini; the latter has a notchy gearbox and an unnecessarily heavy clutch pedal. Mind you, the 208’s gearshift is a bit woolly compared with the A1’s, so it doesn’t snick from one gear to another as satisfyingly. The A1 also has the most positive and feelsome clutch pedal, which helps when you’re trying to keep things smooth at low speeds. 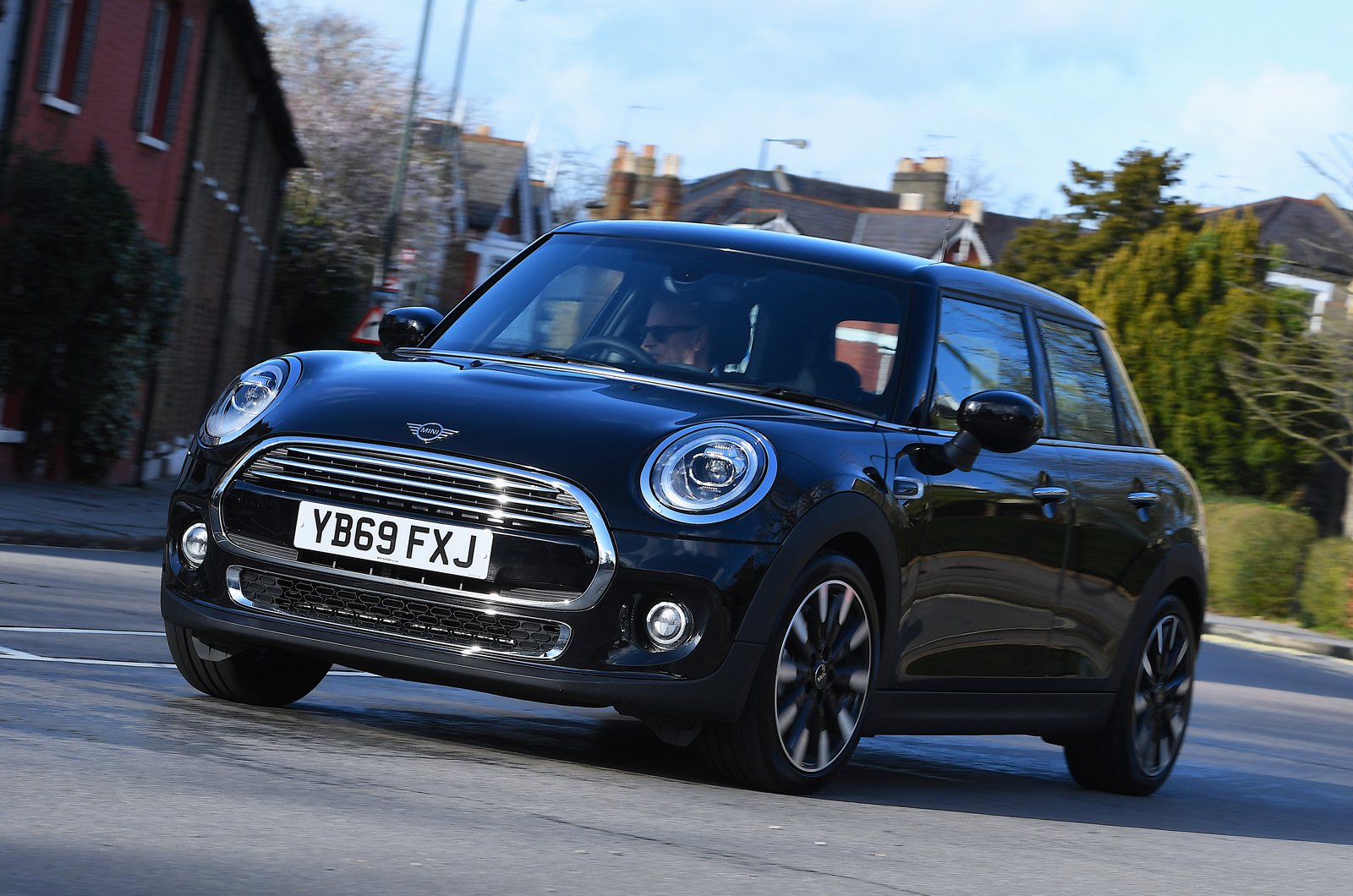 There’s more bad news for the Mini when it comes to cornering. The British brand may trade on the ‘go-kart feel’ of its cars, but that isn’t always the case in reality. The steering of the latest hatchback feels artificial and overly heavy, and although it’s certainly very quick (only a tiny movement of the wheel is needed to get the car to change direction), this only serves to make the Mini feel nervous at higher speeds.

The A1 not only has more naturally weighted steering but also feels far more composed during quick changes of direction, plus it has more grip when you need it. As a result, it’s a more enjoyable car to drive at all speeds.

So, where does that leave the 208? Well, although it feels the least eager to change direction and leans the most through bends, we still prefer its more composed, predictable cornering manners to the Mini’s disjointedness. It can’t hold a candle to the A1, though. 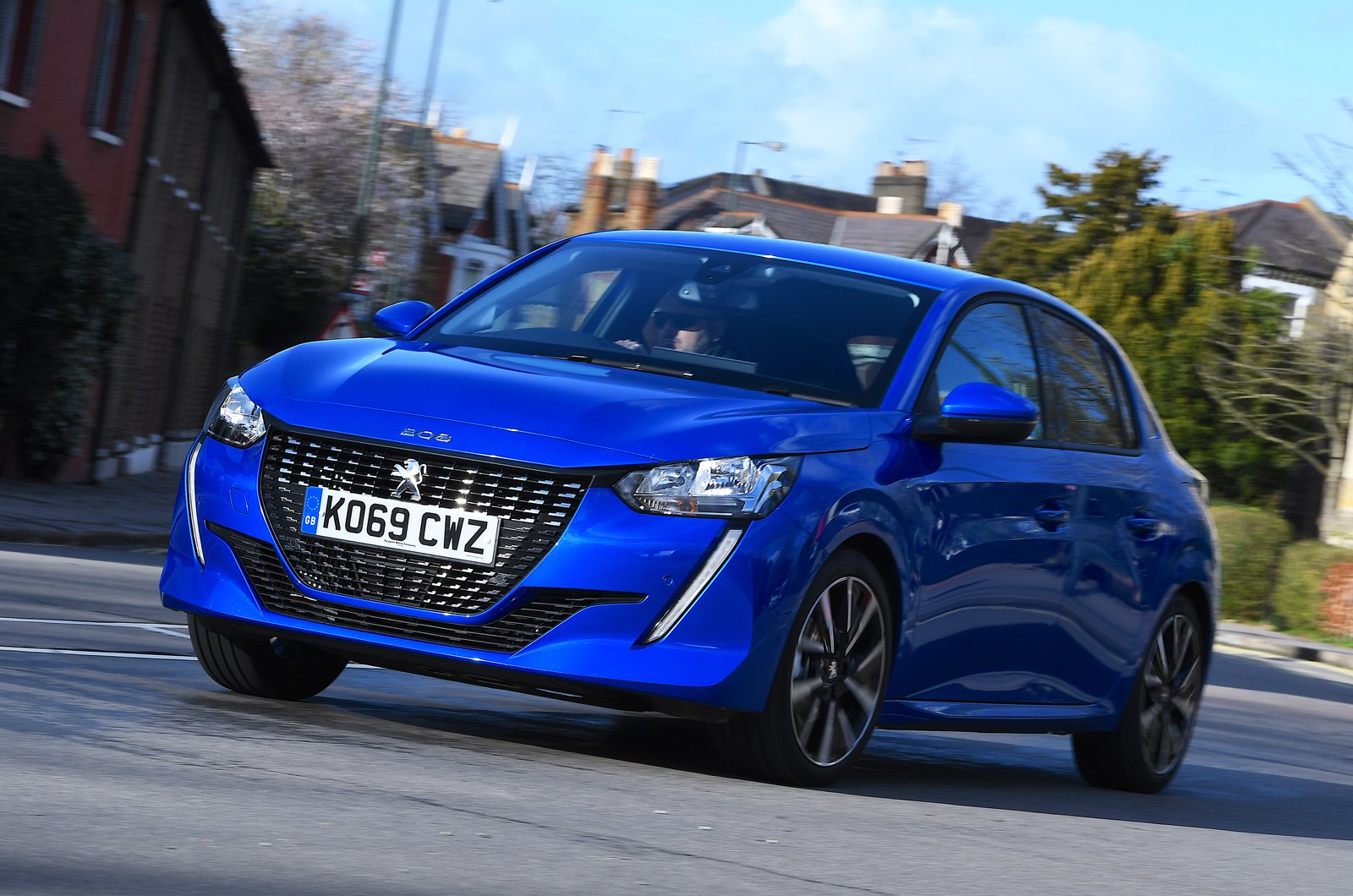 The Mini also disappoints for ride comfort – despite our test car coming with optional adaptive suspension (£600). Even in its most relaxed setting, you’re jostled around too much along scarred urban streets; things don’t even completely settle down on the motorway.

The A1 is far more easygoing, dealing with all manner of bumps more smoothly and effectively. However, the 208’s softer suspension means it’s the most comfortable of our trio for much of the time, floating over ripples and undulations and only gently swaying from side to side as it does so. It’s only over a series of sharp-edged impacts that you feel shockwaves through the car.

But surely the 208 can’t compete with its premium-badged peers when it comes to isolating you from the outside world? In fact, it can; it’s actually the quietest at a steady 70mph, with the least tyre noise filtering into the interior. The Mini may have the smoothest and quietest engine, but it’s by far the worst for wind and road noise.