The 208 isn't that cheap if you're a cash buyer, with a brochure price higher than many of its obvious rivals, including the Volkswagen Polo. According to predictions, resale values are good rather than exceptional, so don't expect your 208 to hold onto its value as tightly as premium-badged rivals, such as the Audi A1.

It's in the area of running costs where the 208 is pretty strong. In our real-world tests, the 1.2 Puretech 100 petrol managed 47.9mpg; more than the smaller (but similarly powerful) engines in the Polo and Renault Clio. Of course, the diesel engine will be even more economical, but it's also far more expensive to buy. Low CO2 emissions help keep company car tax competitive, too, but servicing costs are quite high relative to mainstream rivals.

As we mentioned at the beginning, there’s also an electric model called the e-208, which we’ve reviewed separately. If you like the idea of near-silent, zero-emissions driving in a conventional small hatchback, that could be the 208 for you.

Even the cheapest trim level, Active, is quite well equipped, listing 16in alloy wheels, heated door mirrors, automatic lights, air conditioning and a leather steering wheel among its highlights. Allure trim is our pick, it adds 17in alloys, electric rear windows, dual-zone climate control, privacy glass, automatic wipers and power-folding door mirrors, as well as that 3D-style driver display that we mentioned earlier.

GT Line adds further cosmetic tweaks inside and out and an auto-dimming rear-view mirror, along with the visibility aids we've covered before. The top-spec GT trim is available only with the e-208 electric model, so click the link to read all about that. 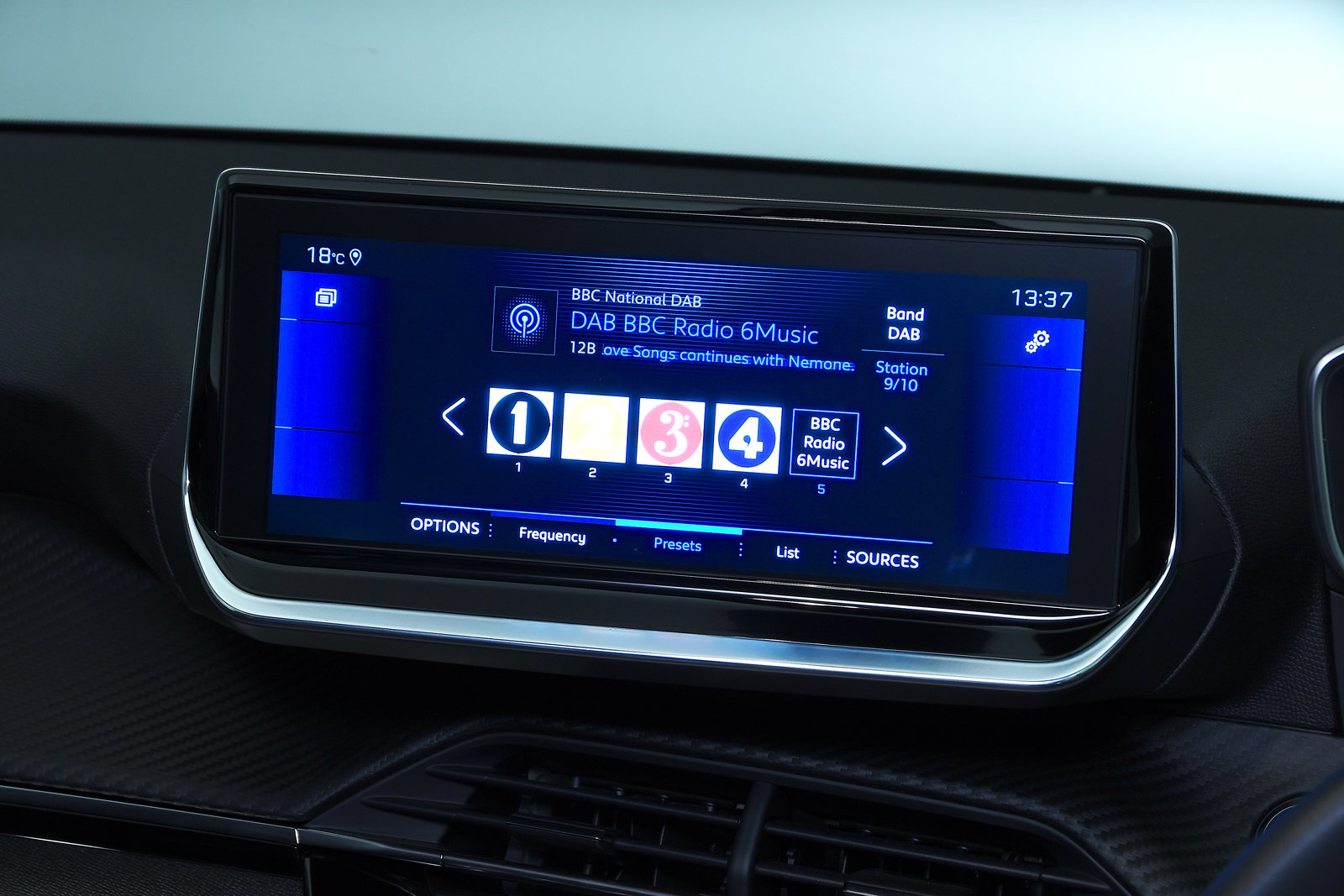 Peugeot finished roughly mid-table in the 2019 What Car? Reliability Survey, placing 18th out of 31 manufacturers. That compares with 6th place for Kia, Skoda in 9th, Ford in 14th and Seat 15th. Audi finished down in 20th place.

Every 208 gets a three-year warranty, consisting of two years of unlimited-mileage cover from the manufacturer and an additional year that's provided by Peugeot’s UK dealer network. It's worth remembering that Kia and Hyundai offer the longest standard warranties in the class.

The 208 achieved four stars out of five when tested by Euro NCAP. If you drill into the details of the test, it isn't as good in some areas, such as chest protection and whiplash protection for those in the rear, as rivals such as the Renault Clio.

Also, although all models come with a basic form of automatic emergency braking (AEB) as standard, you'll have to go for range-topping GT Line or GT trim to get a more advanced system that works at night and can recognise cyclists as well as just pedestrians.

Traffic sign recognition is also standard on all versions, as is lane-keeping assistance. A driver attention alert system is standard from Allure trim up, but the only way to get blindspot monitoring is to go for the electric e-208 in top-of-the-range GT trim.