The cheapest petrol engine is the 74bhp Puretech 75, but if you can stretch your budget to the 99bhp Puretech 100, you'll have secured the pick of the range.

The Puretech 100 is a relatively strong engine that pulls from low revs and feels gutsy if you work it harder. It's absolutely ideal for propelling you along on A-roads and motorways without any fuss, and is livelier than a Renault Clio or Volkswagen Polo with equivalent power. The 127bhp Puretech 130 (available only with an automatic gearbox) adds even more pace, but for most it would be an unnecessary expense, considering that the 100 is so good.

If you cover a huge mileage every year, it could be worth considering a diesel engine for fuel economy reasons. The 1.5 BlueHDi 100 also has 99bhp, but has even more low rev punch than the Puretech 100 petrol for more effortless performance. There's also the fully electric e-208, which you can read about by clicking here.

The 208 scores well for comfort, offering a gentler and more supple ride than even the Volkswagen Polo or Audi A1 can offer. Things remain relatively smooth at all speeds, but are particularly so on the motorway where the 208 lopes along like a much larger car than it is.

The fact it has softer suspension than rivals, such as the Renault Clio and Ford Fiesta, means there's more body bounce along undulating B-roads, but not in the wayward manner of a Citroën C3. Even nasty ridges and potholes don't cause too much discomfort. 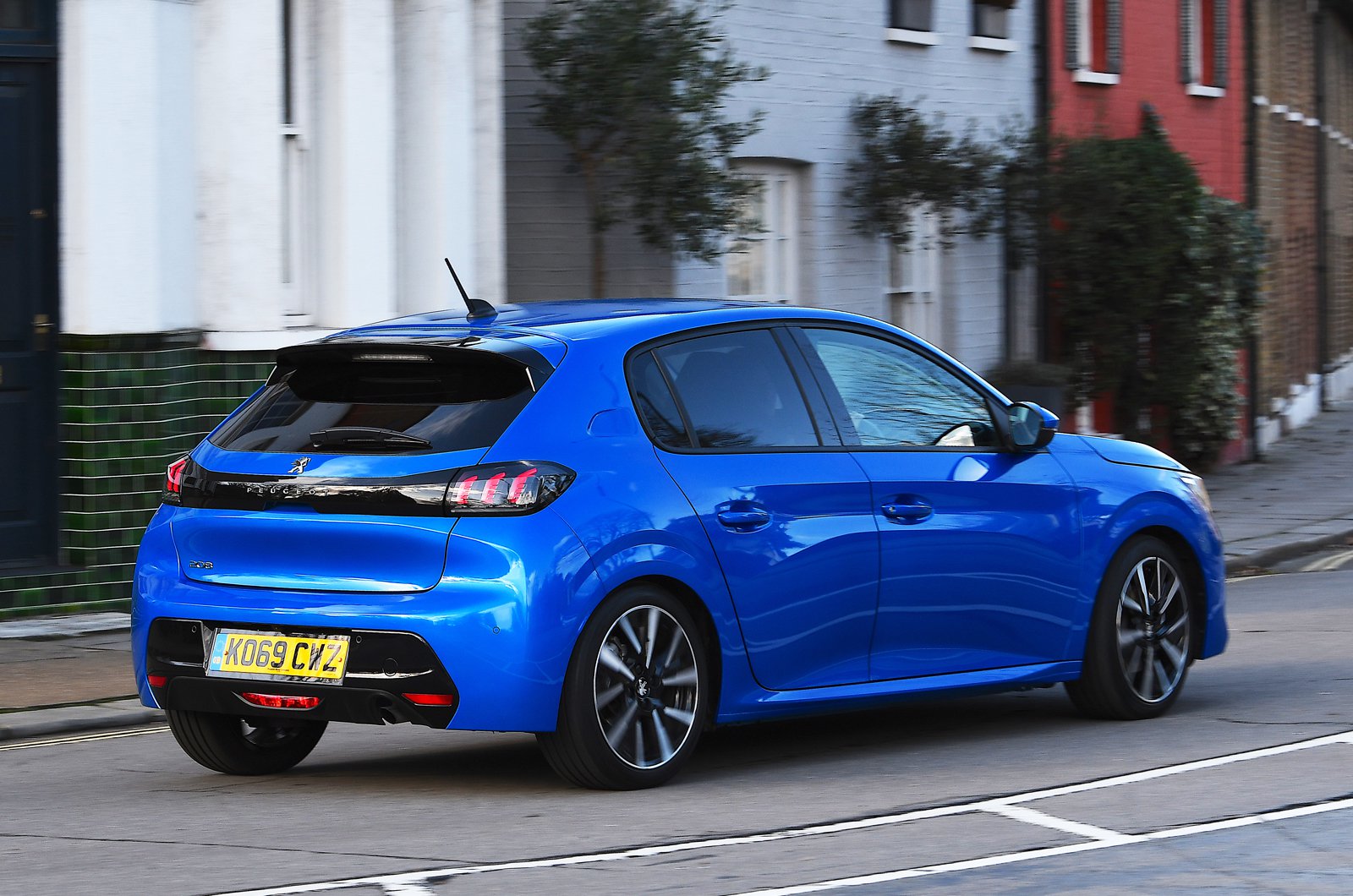 While the 208 is a cushy and comfortable boulevard cruiser, it's not the sportiest of the small car breed. Compared with a Fiesta or even an Audi A1, there's more body lean through tight twists and turns, and it isn't as keen to switch from left to right.

The 208 also comes with a tiny steering wheel (read more about that in the interior section) that looks go-kart like, but the steering itself feels a bit artificial and doesn't give you a great sense of connection with the road. Once you're used to it, it does the job, but many of its rivals, including those mentioned above and the Renault Clio, are more fun to drive.

This is another area of strength for the 208, relative to the class. Road noise at speed and suspension noise around town are suppressed excellently. The 1.2 Puretech engines makes a thrummy sound when you accelerate but that fades away at motorway speeds, and while the diesel engine sounds a lot gruffer, regardless of speed, it still isn’t what you’d call unpleasant. There's a bit of wind noise around the windscreen pillars at 70mph, but that's not intrusive, either.

The six-speed manual gearbox doesn’t quite have the pleasing mechanical precision of the equivalent ’boxes in the Fiesta and Seat Ibiza, but it isn't notchy like a Mini's. The optional automatic, meanwhile, suffers a little bit of a delay when you put your foot down, and doesn’t iron out its gear changes as smoothly as it could.