Every non-hybrid Cayenne is in the top bracket for benefit-in-kind company car tax, so none will make a cheap company car. In fact, neither hybrid model is particularly great for a plug-in in this regard, but both are more akin to a family hatchback than they are to most powerful petrol SUVs of this size.

Official fuel economy figures are equally eyebrow-raising; the most frugal non-hybrid version manages a combined (WLTP) figure of 24.1mpg, while the GTS returns 21.2mpg and the Turbo only 20.8mpg. The E-Hybrid managed up to 74mpg in official tests and the Turbo S E-Hybrid 58.9, although you’ll need the battery topped up and a short journey ahead of you to reach that figure. We managed over 40mpg from the S E-Hybrid on a 50 mile trip with a charged battery. Recharging the E-Hybrid battery from a 7.2kW home wall charger will take 2hr 20min, while the Turbo S E-Hybrid will take 2hr 40min, but you have to pay extra for a Type 2 cable in order to do this.

The Cayenne is also predicted to depreciate slowly, holding onto well over half of its value after three years and outperforming even the Range Rover Sport in this regard. That helps to keep PCP finance rates relatively competitive next to its chief rivals.

Compared to some SUVs of similar price, you don't get a lot of standard kit with a Cayenne, Cayenne S or E-Hybrid. Beyond the infotainment system and LED headlights we discussed earlier in this review, you only get the basics – such as part-leather seats, standard cruise control, two-zone climate control, 19in alloy wheels and an electric tailgate. Luxuries, such as heated seats, a heated steering wheel, keyless entry and adaptive cruise control, are all extras.

The Turbo and Turbo S E-Hybrid models are vastly more expensive but partially justify this by adding some more bits and pieces, such as 21in alloy wheels, heated front and rear full-leather seats and an Alcantara headlining. You can have much of the same look, and save a bundle in the process, by opting for the GTS instead.

If you want more toys for your money, look instead at the BMW X5, Range Rover Sport and Volvo XC90. 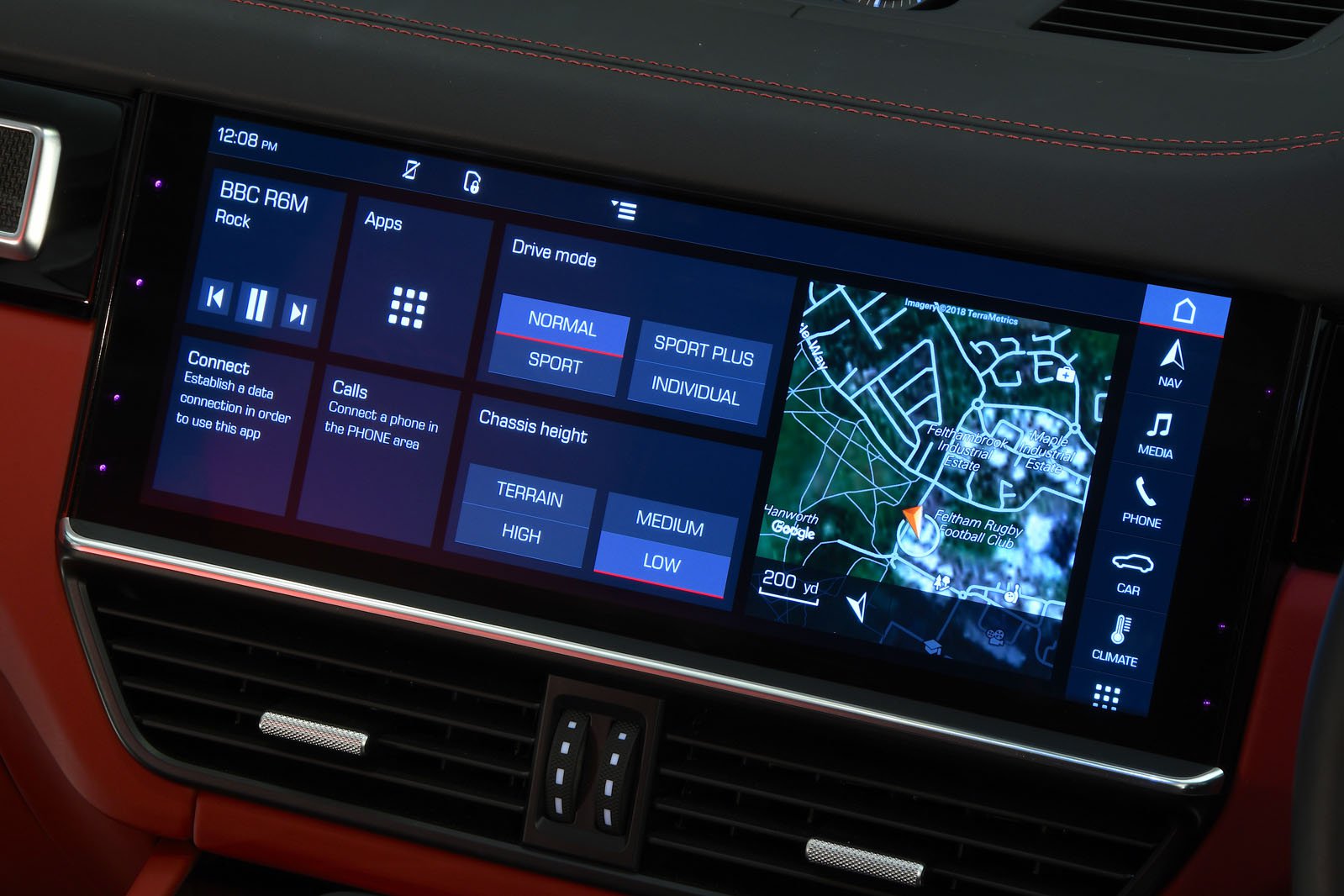 Overall, the Porsche brand finished 22nd out of 31 manufacturers in our 2019 Reliability Survey. That's below Audi, BMW and Volvo, but above Mercedes and Land Rover.

The Cayenne comes with a three-year, unlimited-mileage warranty, which is par for the course in this class. You get European breakdown cover for the first three years of ownership, too.

The Cayenne gets a full five-star safety rating from Euro NCAP. However, compare its scores in each category with those of the safest cars in this class, such as the Volvo XC90, and you'll see that the Cayenne drops a few points for adult occupant protection and quite a few in the child occupant protection category.

It has automatic emergency braking with pedestrian detection as standard, as well as the usual airbags, traction control and stability control. Lane departure warning and blind spot monitoring will both cost you extra, though.