The Cayenne is a big SUV, so it comes as no surprise to find that there’s plenty of room for the loftiest of adults. Even with a space-sucking panoramic roof fitted, there’s ample head room and the front seats go back a fair bit to accommodate long legs. Width, too, is no issue; we doubt any elbows will clash on the wide front armrest.

The front doors have generous-sized pockets and there’s a reasonable amount of storage space under the front armrest. There are enough other cubbies to swallow a selection of odds and ends, too.

It may not be quite as long as the Audi Q7, but only the exceedingly tall are likely to have any issues with the Cayenne’s rear seats. Even behind a 6ft-tall driver, you’re unlikely to find your knees pressed up against the front seat; there's more leg room than in the Range Rover Sport or even the Volvo XC90.

Head room is good, although the lower ceiling that comes with the optional panoramic roof might be noticed by the exceptionally tall. There’s enough space for three to sit across the rear bench, but the centre seat is flat and perches its occupant higher than the outer ones. Unlike the Range Rover Sport and Audi SQ7, there’s no seven seat option.

The rear door bins aren’t as big as the ones up front, but you can still get a 500ml bottle of water in. There’s also an armrest, containing a pair of cupholders, that folds down out of the rear bench. 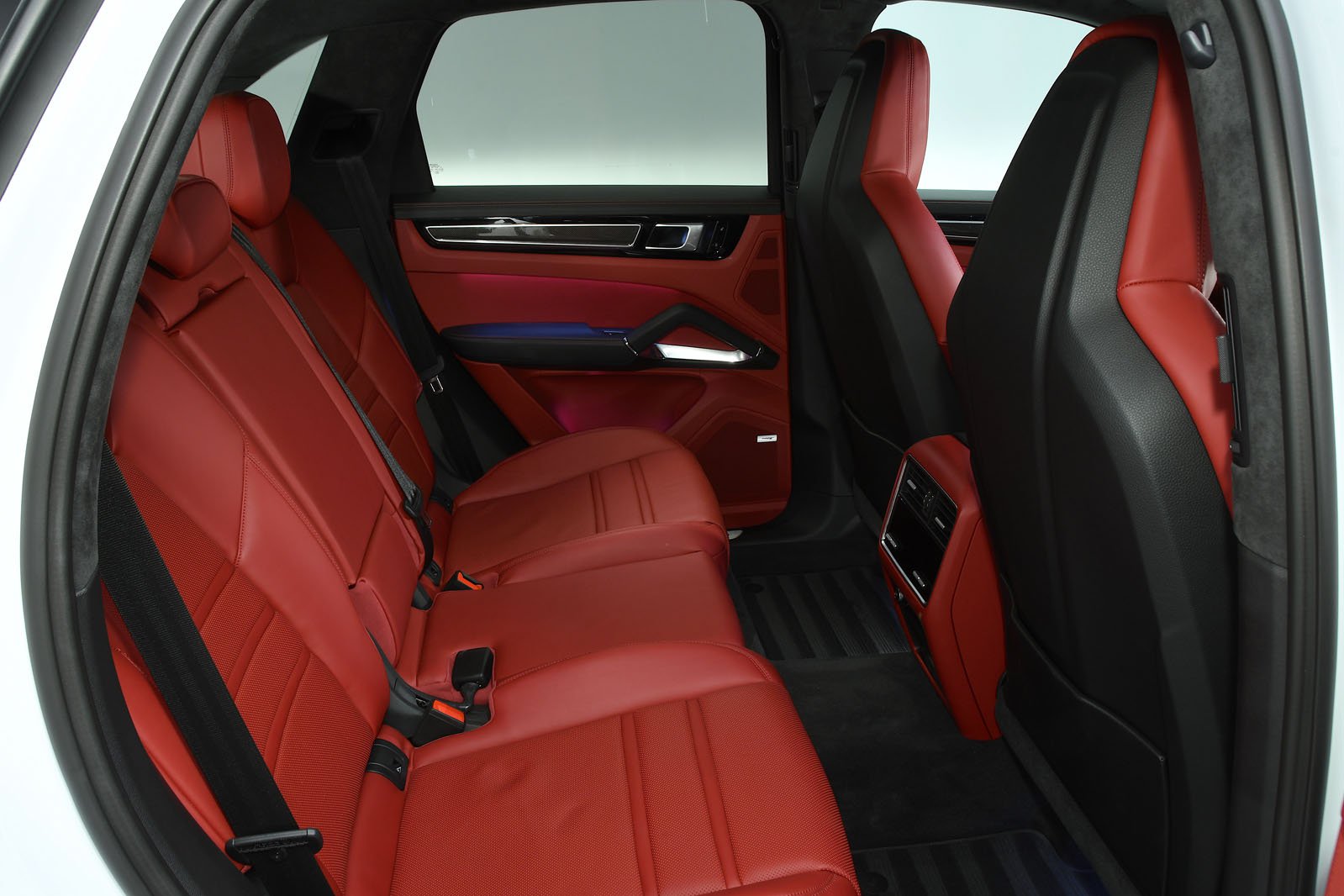 The Cayenne is based on the structure of the Audi Q7 and both models have rear seats that can be slid forwards and backwards to prioritise rear leg room or boot volume. You can also vary the angle of the rear backrest to improve comfort, and the bench splits in three parts, 40/20/40, to allow individual passenger perches to be sacrificed for added luggage space.

The front passenger seat is electrically adjustable but doesn't offer lumbar support adjustment. This feature is added when you upgrade to 14-way powered front seats (These are standard on Turbo models).

The Cayenne won’t let you down on a productive visit to Ikea; with only a modest load lip to its usefully square 770 litre boot, loading flat-pack furniture should pose few issues.

Go for a hybrid model and you’ll lose around 100 litres of space because the location of its hefty battery pack has the effect of raising the boot floor slightly. That should still leave enough luggage space for most families, though; we fitted seven carry-on suitcases on board.