The driver’s seating position is fabulous. The pedals and steering wheel line up well and the low-slung seat gives the Panamera an authentic sports car feel. Once you’ve set the electrically adjustable steering wheel and seat to your liking, it’s a wonderfully comfortable place to be. That said, we’ve tried only the 14-way sports seats. On models without these, you’ll need to add them at extra cost if you want adjustable lumbar support. Visibility out of the rear isn’t great, due to the sloping roofline and large rear pillars, but front and rear parking sensors are standard to help judge the car’s extremities. Powerful LED headlights are standard, too, for confident night driving.

Instead of providing physical buttons, Porsche has placed many of the Panamera’s controls in a touch-sensitive panel on the central console. This looks good at first glance but proves problematic to use while driving: you have to look down often to see which function you’re prodding. We also don’t like that you have to use the infotainment system if you want to alter the airflow out of the front and rear air vents; it makes something that should be a simple, immediate task unnecessarily distracting.

However, the infotainment system itself is more impressive. Its 12.3in touchscreen is mounted high enough up on the dashboard that you can see it easily and most of the icons are large enough to find at a glance. Only when you dive deeper into the menus will you find smaller icons that are trickier to find while on the move. The screen is also high resolution – unlike the murky screen in the Aston Martin Rapide S – and never lags like the system in the Mercedes-AMG GT 4-door Coupé is prone to doing. Handily, Apple CarPlay is standard although you can’t have Android Auto.

To help deliver even more information to the driver, a pair of configurable 7.0in digital screens flank the traditional analogue rev counter that sits directly in front of you. They’re effective, showing sat-nav and driving information, for example, but the outer edges of the display get lost behind the thick-rimmed steering wheel.

Quality is very impressive. Everything feels beautifully put together and, depending on how much you want to spend, it’s possible to get virtually every surface covered in leather, Alcantara or a veneer of some sort. 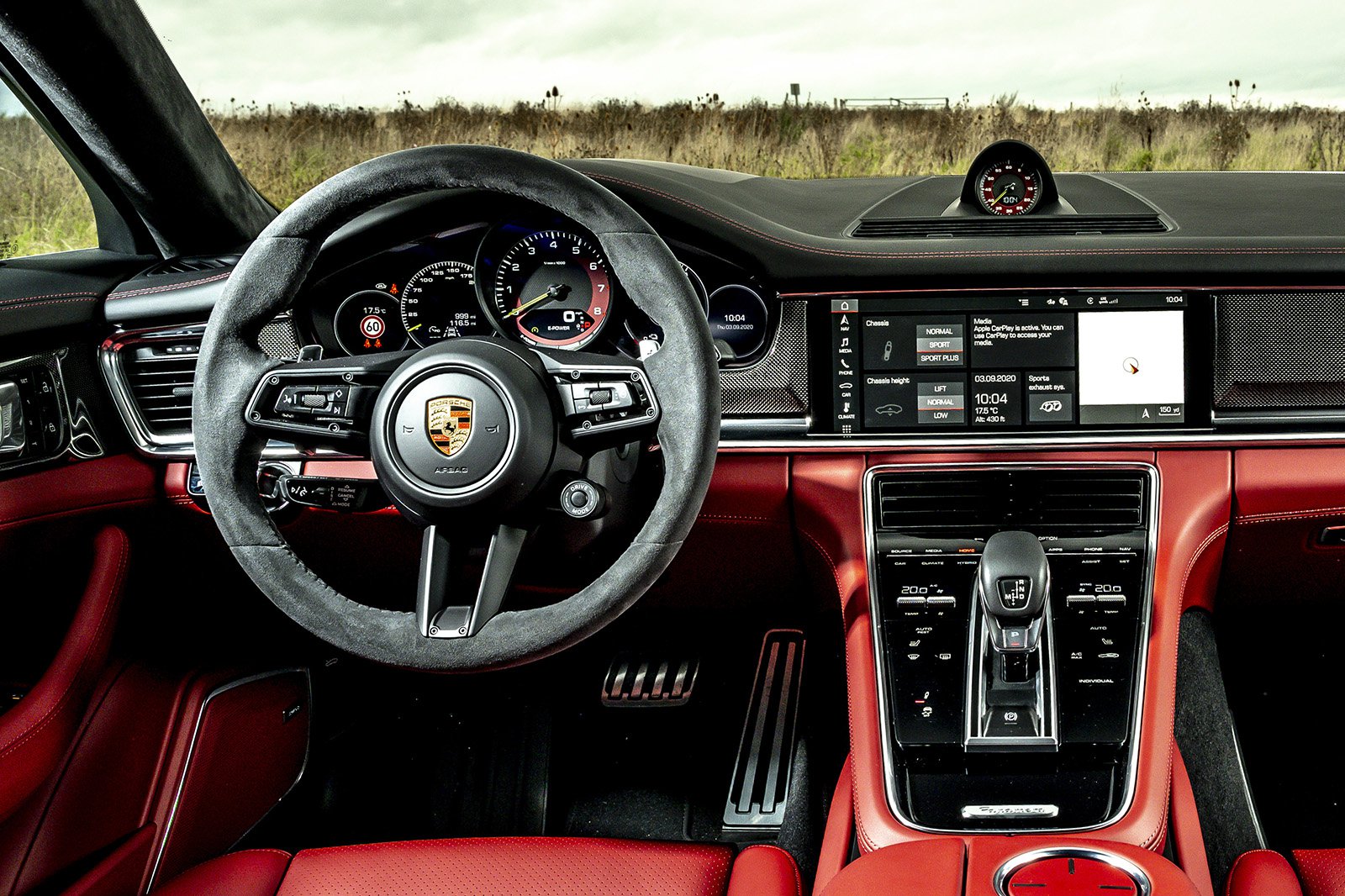