With batteries in the floor and a motor replacing the engine, there’s very little difference in terms of dimensions between the electric and diesel-engined Vivaro.

Many people expect there to be some compromises with electric vans, but in actual fact the only difference is that the Vivaro-e simply has a slimmed down range. It’s available in two body lengths and two roof heights, which means load volumes from 5.3m3 to 6.6m3.

Space within the van is also completely unchanged, which means 4959mm lengths can be moved in the L1 model and up to 5309mm in the L2 when using the load-through bulkhead, called FlexCargo, which is included on the Elite trim level. Standard maximum length capacity of the van is 2512mm for the L1 and 2862mm for the L2.

Removing the engine and transmission means that the heavy batteries and motor don’t compromise the Vivaro-e’s payload. All vans have a gross vehicle weight of 3.1 tonnes. The highest capacity is 1226kg - on the L1H1 panel van with the 50kWh battery - with the lowest, on the larger 75kWh unit, 1000kg. Overall though, the weight difference between electric and diesel vans is just 130kg.

The other party-piece of the Vivaro-e is that it can tow a trailer of up to one- tonne – a feature no other electric van is currently capable of. 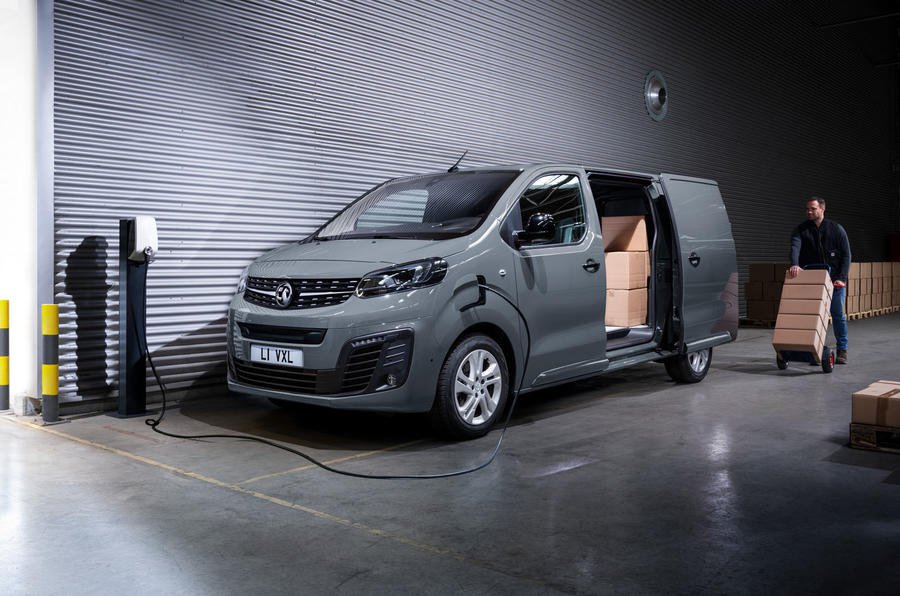