The Amarok is designed to carry huge payloads (more than a tonne) over rough and muddy terrain, and it fulfils that brief very well indeed. But you might be more surprised to hear that, while it doesn't match the driving manners of most conventional SUVs, it's deeply impressive on the road compared to its pickup rivals.

Naturally, its sheer size and weight means there’s body roll even in gentle corners, but less than you get in almost all of its competitors. The steering is also relatively accurate and nicely weighted; the only truck that’s better in the bends is the Ford Ranger. Admittedly, other vehicles in this class have set the bar quite low for comfort, but the Amarok deals with bumps better than any other pickup, and is especially smooth at higher speeds.

Another area where the Amarok stands out is its cracking engine lineup. You have a choice between two mightily impressive 3.0-litre V6 diesels, with 201bhp or 254bhp. The latter version gives astonishingly brisk performance with 0-62mph taking a mere 7.4sec, while heavy loads are shrugged off with ease. However, the 201bhp version still gives punchier performance than the vast majority of pickups and is usefully cheaper – that's why it's our pick. Happily, both engines work well with the eight-speed automatic gearbox, with smooth shifts and far less hesitation when you put your foot down than in many automatic SUVs, let alone other pickup trucks.

There’s plenty of wind noise on the motorway, although the Amarok is actually reasonably civilised by commercial vehicle standards. It's also worth mentioning that it's impressively stable when towing, with all models capable of pulling a braked trailer weighing up to 3100kg. Mind you, the Mitsubishi L200 can pull more and has better ground clearance for off-road driving. 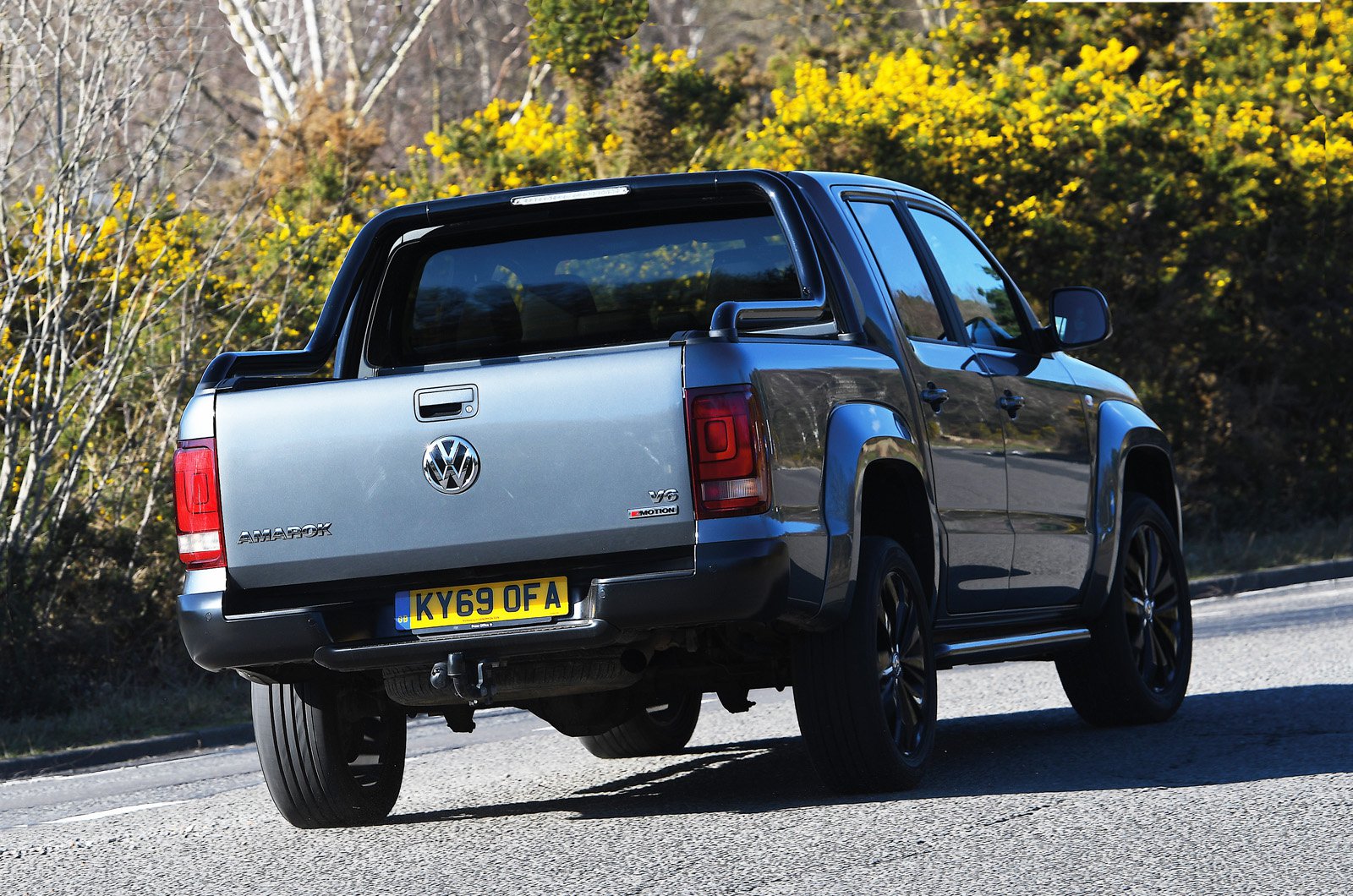