This is the bit that really matters when it comes to sports cars and, for years, we were used to Aston Martins that never quite lived up to their looks. The more relaxed grand tourer DB11 was a turning point, but the Vantage is by far the best volume-production model the firm has built to date.

The engine is a twin-turbo 4.0-litre V8 petrol unit borrowed from Mercedes-AMG (which knows a thing or two about making brilliant engines). It produces 503bhp and can propel the Vantage to 60mph from standstill in just 3.5sec. Find a stretch of (private) Tarmac long enough and it’ll carry on to 195mph.

But an engine is about more than just numbers; in a sports car, it needs to be enjoyable to use. Happily, the V8 has huge reserves of low-down pull and the accelerator response is brilliant. Once in its stride, it pulls effortlessly from just about tickover and really starts to fly beyond 4000rpm. The V8 roar that accompanies the experience is one of the best sounds in motoring, too.

You don’t really need it, but Aston Martin offers an optional quad-pipe exhaust over the standard dual-pipe system to take the voliume to downright anti-social. We also tried both the standard brakes and optional ceramic set. The former are hugely powerful on the road and will be fine for most, but anyone who plans to use their Vantage on track will be thankful for the better longevity under heavy use of the latter.

An eight-speed automatic gearbox is standard – Aston Martin says a manual version is on the way – and works very well with the V8. It flicks between gears intelligently in auto mode, while the large metal paddles either side of the steering wheel allow you to take full manual control. Do this and the gearbox responds promptly to paddle-pulls, although not quite as rapidly as the auto gearboxes in the Porsche 911 GTS or McLaren 540C.

What about the handling? Well, at long last, we have a truly engaging Aston Martin. The steering is meaty in weight around town but nicely consistent and accurate at all speeds. This, combined with strong front-end grip and the Vantage’s short wheelbase, results in a real eagerness to turn in to bends and plenty of feedback for the driver. The latter is important because it's a key ingredient of enjoying the experience and it gives you the confidence to push hard.

The Vantage controls its body extremely well through those corners, too, with its suspension showing a compliance that allows you to confidently reapply the accelerator and fire yourself out towards the next bend without the car feeling unsettled. It’s all helped by a clever rear electronic differential that is constantly assessing grip levels and sending power to the rear wheel that can best handle it. Mind you, the Vantage's handling limits aren't quite as quite as the 540C, 911 GTS or Audi R8.

There are three modes of increasing aggressiveness (Sport, Sport+ and Track) and the same three modes for the Vantage’s standard adaptive dampers. In addition, the car’s traction and stability controls can be set to a Track mode that allows more slip before intervening or, if you’re feeling brave, said systems can be switched off completely.

On a smooth road or track, you’re best off picking the Track driving mode and Sport+ suspension setting. This gives you the optimum accelerator and gearbox response and relatively stiff suspension. Oh, and the noise is turned up to 11. On less agreeable roads (let's face it, that's most of them in the UK), it’s better to leave the suspension in the more supple Sport mode to allow the Vantage to take bumps and camber changes in its stride more effectively.

And, impressively, with its engine, gearbox and suspension dialled back to their most relaxed modes, the Vantage is also a reasonably comfortable car. True, its rivals from Porsche, McLaren and Audi are even more supple, but the Vantage sponges away larger bumps well and isn't too punishing over potholes. In fact, our only real complaint is the amount of road noise at motorway speeds. 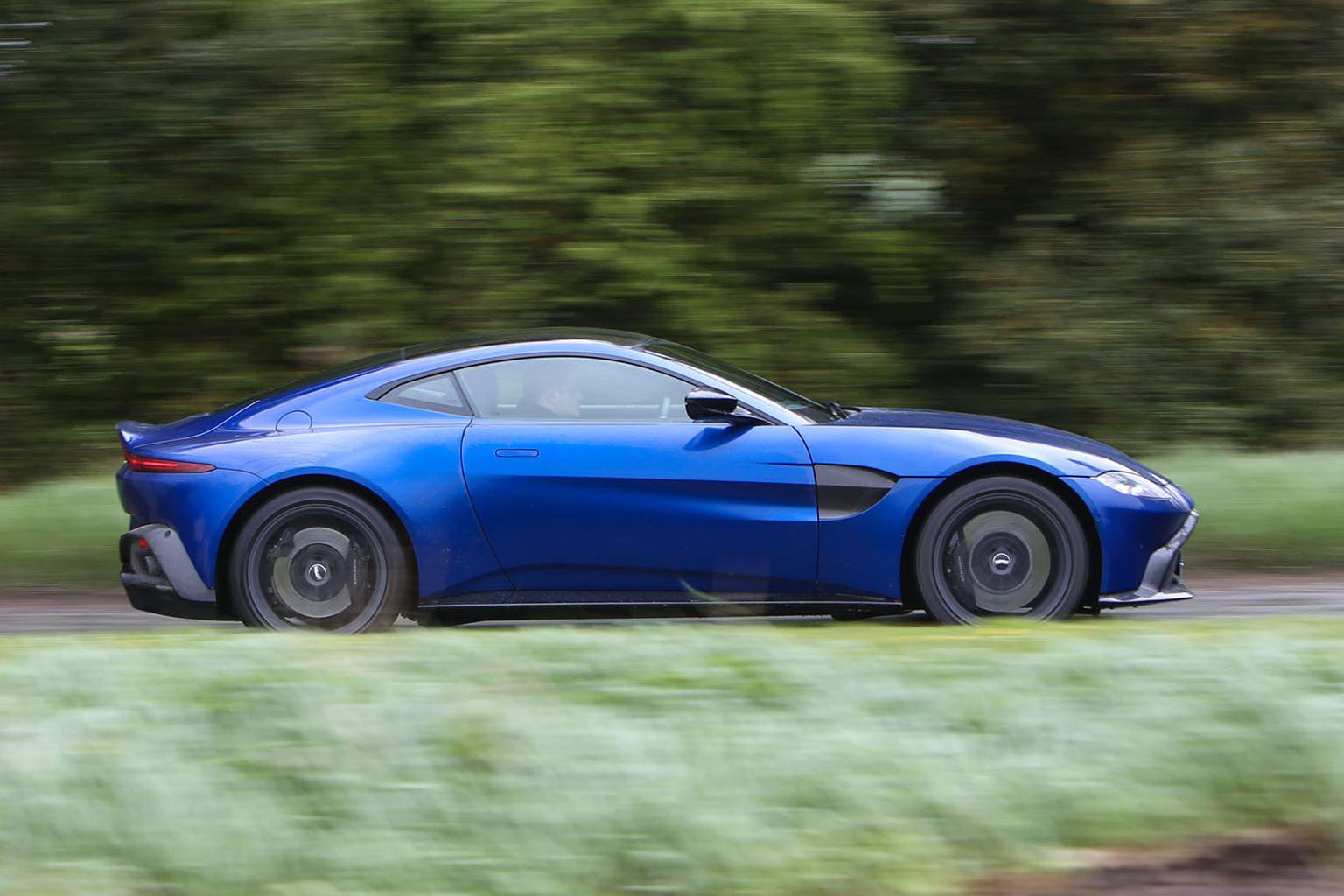 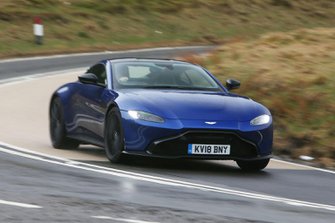 Low running costs and tidy handling make the BMW i8 Roadster a...