We’ll leave it up to you to decide if choosing a near-600bhp estate car is a cost-effective thing to do, but knowing that the RS6 is cheaper than all of its direct rivals might just help justify your purchase to concerned family members. That’s right: the RS6 isn’t exactly what we’d call a bargain, but it’s still less expensive than the Alpina B5 Touring, Mercedes-AMG E 63 S Estate and Porsche Panamera Sport Turismo.

It also comes with most of the toys you’d ever need, the standard RS6 getting 21in alloy wheels, ambient interior lighting, an electric tailgate, power-folding door mirrors, metallic paint, leather seats, four-zone climate control, privacy glass, RS Sport seats (with heating and cooling in the front) and keyless go. Even so, the E63 S gets a bit more on top, making up slightly for its more expensive list price.

Unsurprisingly, running costs are likely to be steep, but the RS6 should be no worse than rivals in this regard. Unlike the B5, E63 S and Sport Turismo, the RS6 uses both engine cylinder deactivation and a 48-volt mild hybrid system to help maximise fuel economy, the latter system allowing the RS6 to coast for up to 40 seconds with the engine switched off. The results won’t have Toyota Prius owners heading to their local Audi dealerships for an upgrade, but on test we managed 21.8mpg on a mix of roads.

Although the RS6 hasn’t been crash tested by Euro NCAP, it's essentially the same as the A6 Avant, which was awarded the top five-star rating. It managed particularly high scores for both adult and child occupant crash protection. There are plenty of active safety systems as standard, including lane departure warning and automatic emergency braking (AEB).

We would advise buyers of the standard car to add the reasonably priced Tour Pack, which includes adaptive cruise control and a camera-based traffic sign recognition system, and the City Assist Pack, which features blindspot monitoring and rear cross-traffic alert. 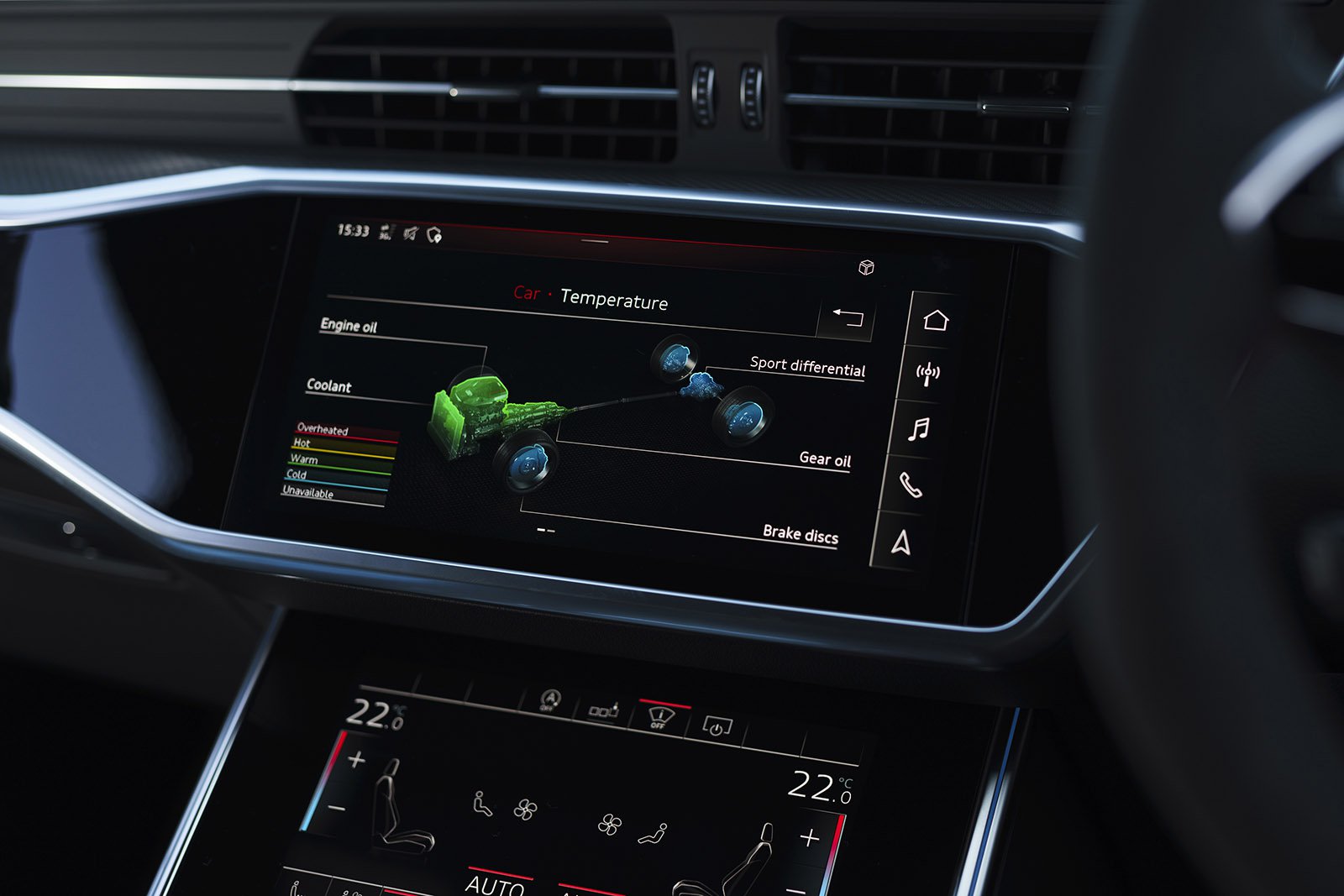